The 2016 BC Cyclocross Championships was by far the most epic race on the provincial calendar and not just for the deep pool of cycling talent who showed up to compete. This is one day that will permanently be etched in the minds of many. 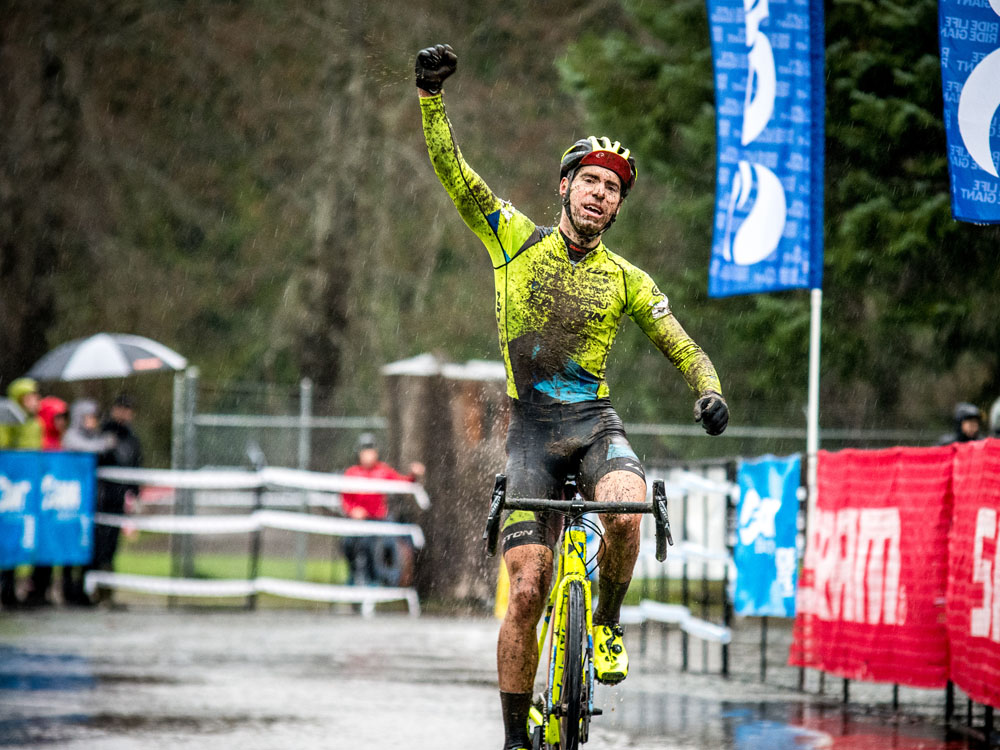 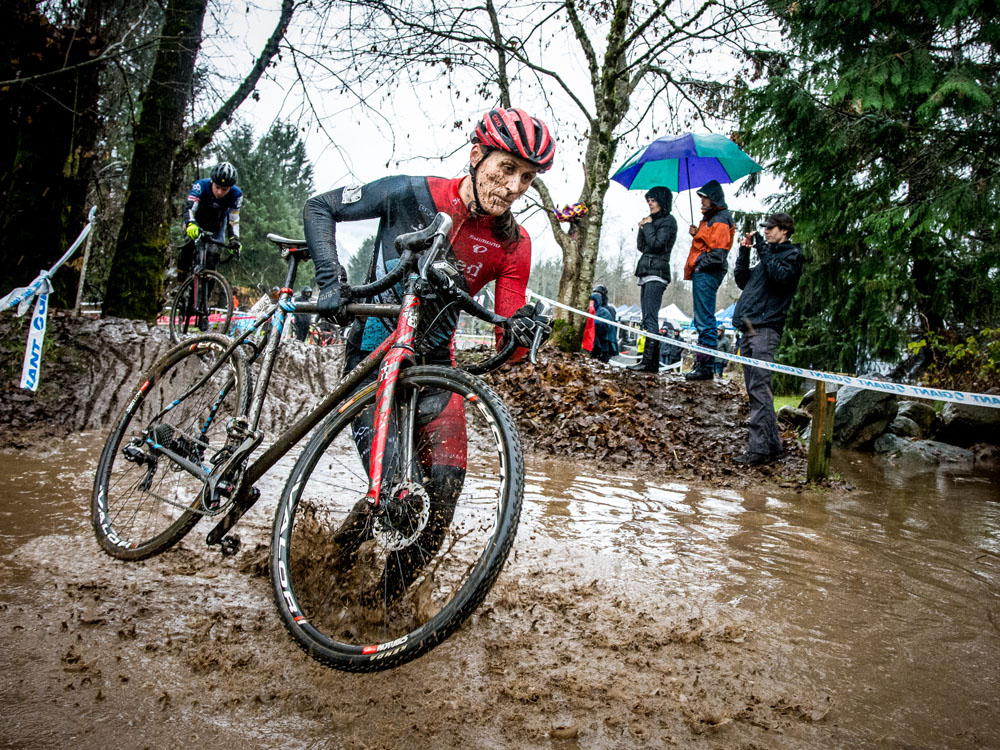 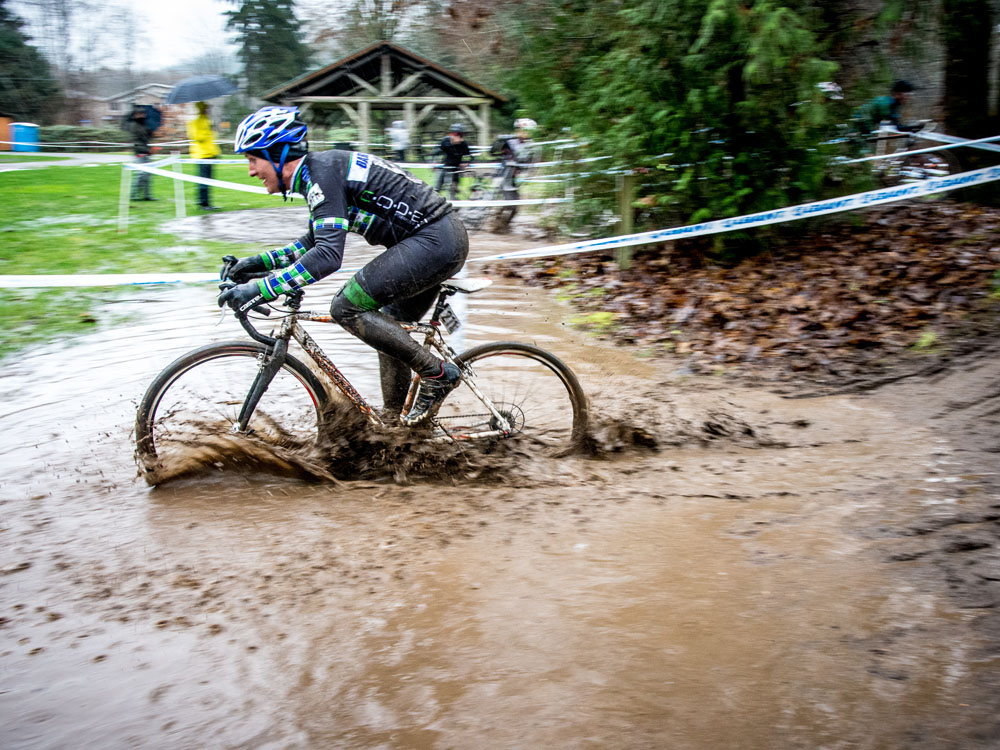 The November 26th race, held at the Loggers Sports Grounds in Squamish, BC, turned into more of a test for survival, than a race for a championships jersey.

Intense rain covered the course with large pools of frigid water, which only got deeper as the day went on. The temperature, hovering at around 2 degrees Celsius, teased us with turning the rain to snow.

At the start line, you could see the faces of the athletes ready to compete. Once on the course, the looks on those faces took the form of tears, blanc stares, anger, confusion and pain!

Once-rideable sections turned to long runs in the muck. According to one rider, “I could not feel my feet anymore. It was like running on tree stumps.”

Right from the start, riders got wetter and colder. The first aid tent turned into a make-shift warming hut to deal with the constant stream of potential hypothermia cases.

Elite Men’s winner Craig Richey commented, “this race made my top 5 toughest races,” citing epic races, like a World Cup in Zolder, Belgium, covered in snow, among the list!

The real winners of the day went to the 300 racers, event volunteers, and spectators who braved the elements to embrace the true heart of cycling in BC. Once riders warmed-up and recovered from their race, you could see a sense of accomplishment in the smiles on their faces.

“We have such an amazing cycling community here in BC. It was great to see how everyone came together to make this a very special day,” commented Cycling BC Race Coordinator Barry Lyster.

Cycling BC would like to thank Dan Gronross, Paul McCarthy and their organizing committee for hosting another amazing BC Cyclocross Championship event. We would also like to thank Steed Cycles, Giant Canada, District of Squamish and all the sponsors and supporters for making this event possible.