Michael Van den Ham was the top Canadian rider on Sunday at the Cyclo-cross World Championships in Bieles, Luxembourg, finished 38th in the Elite Men's race.

Rain overnight turned an already muddy course into a slick and treacherous one, with riders coated in mud after the first lap of the course.  Cyclo-cross powerhouse nations Belgium and Netherlands dominated the Elite race, taking the top six spots, with Wout van Aert of Belgium winning the title ahead of Dutch rival Mathieu van der Poel.

Only 29 of 64 starters finished on the same lap as the winner, with Van den Ham finishing two laps down.  Canadian national champion Jeremy Martin 47th, 3 laps back, and Mark McConnell was 55th, 4 laps down. 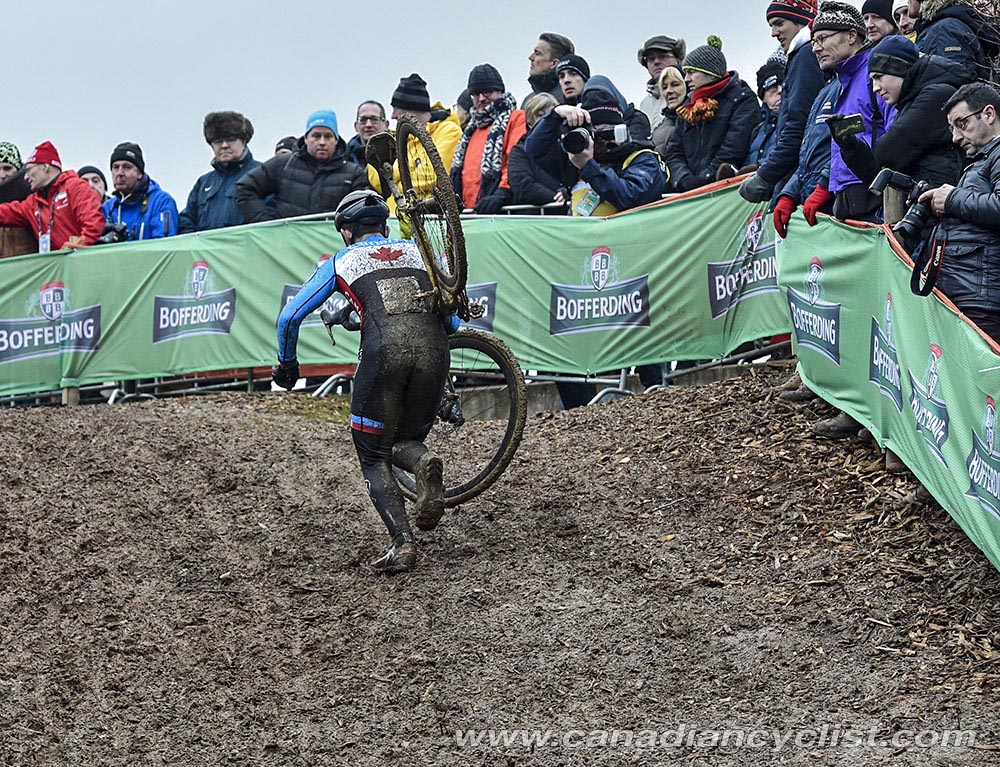 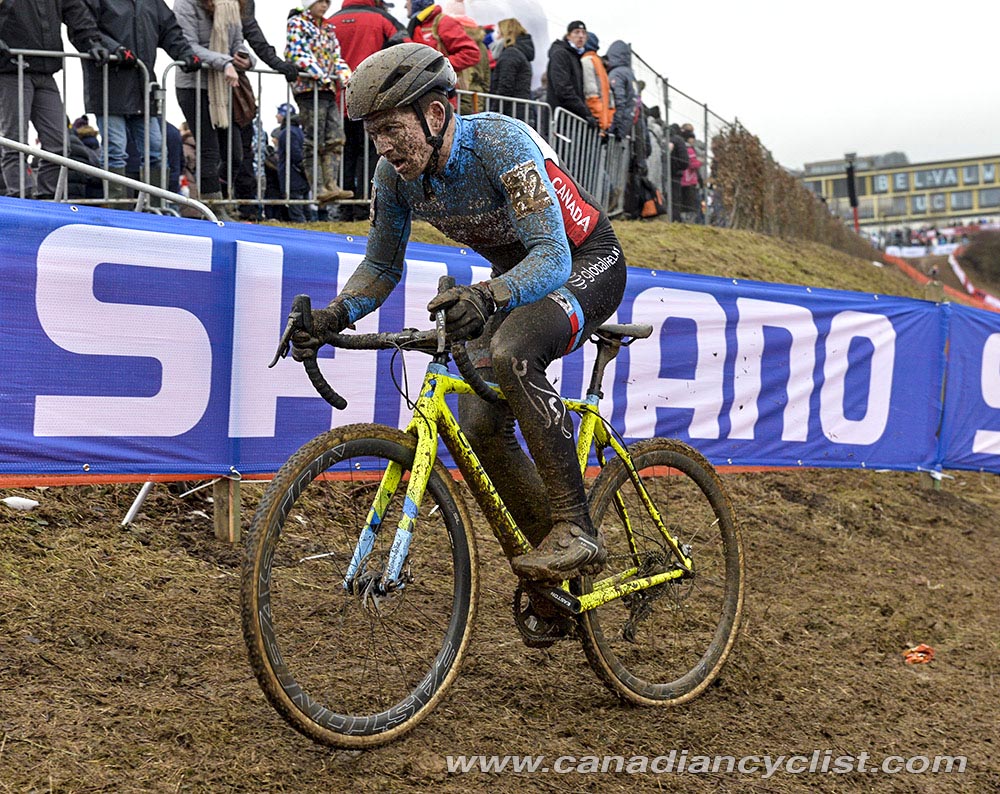 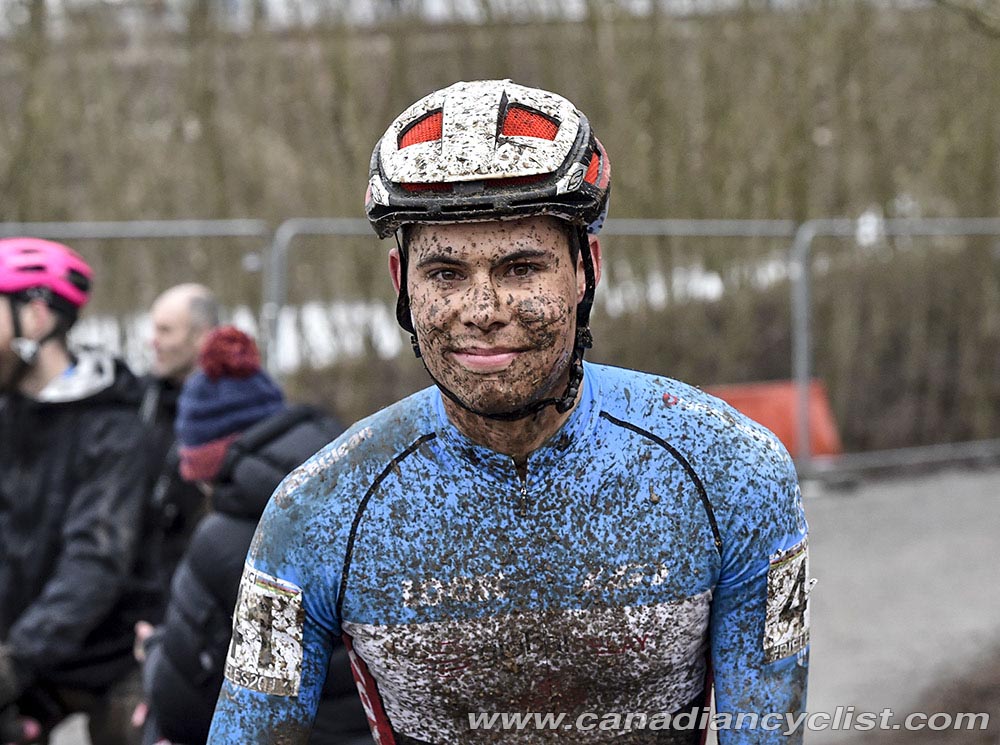 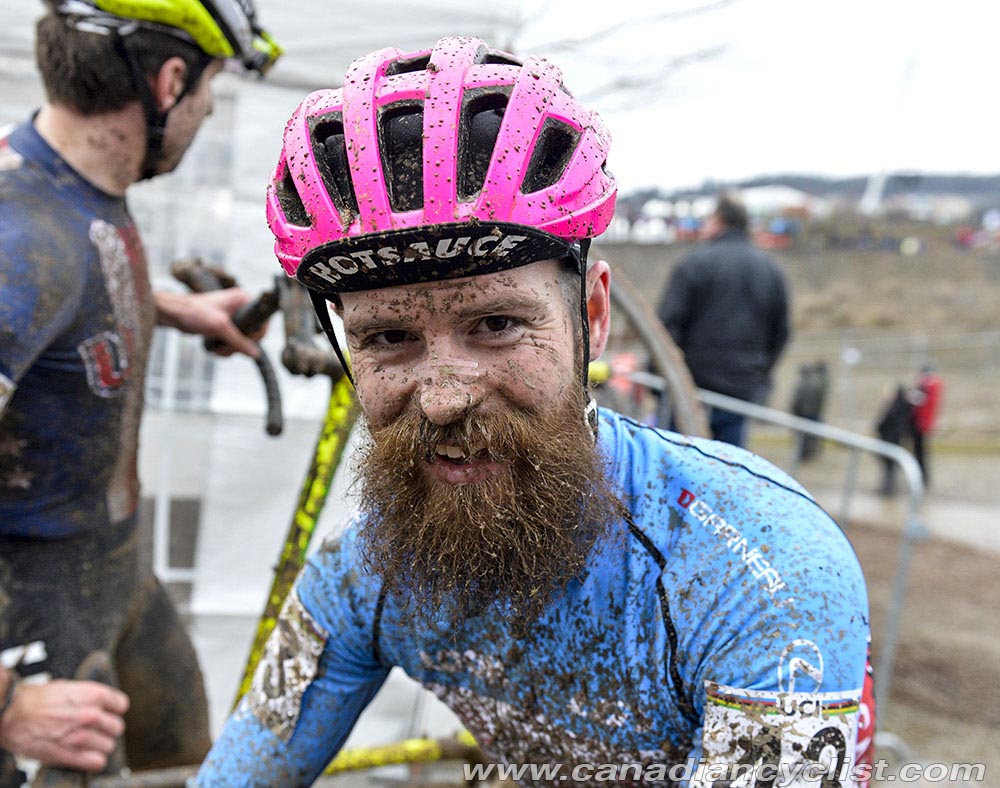 "It was really muddy today," agreed McConnell.  "But I've never had more fun at a race, I think.  There was obstacle after obstacle, but the crowd was fantastic.  I had the worst luck ... I crashed at the start and had a flat, but it was just carnage today.  I was just doing everything to focus on my lines and keep it upright." 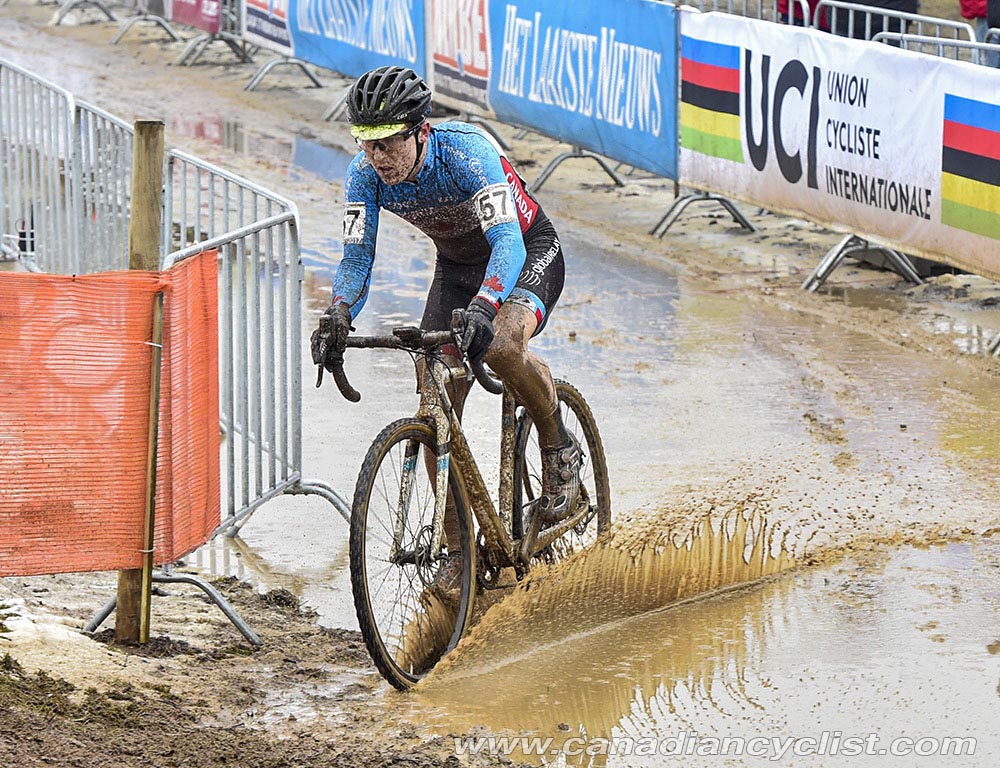 In the Under-23 Men's race, held earlier in the day, Trevor O'Donnell was the only Canadian entrant, finishing 46th, 3 laps down on winner Joris Nieuwenhuis of the Netherlands.