Rally Cycling converged on Southern California for its official 2017 launch and annual training camp in Oxnard. It is the tenth year that the team has journeyed to the seaside town to put in pre-season miles. The camp takes place over a two-week period with both the men and women's teams taking part. Despite the hard days in the saddle, the team took time to celebrate its 11th year in the peloton with a launch party at the American Honda Museum in Torrance, California.

The team is using its time in Southern California to build on momentum gained from a stellar 2016 season. High profile victories from last year include the King of the Mountains title at the Tour of California, National Criterium Championship, double National Team Time Trial Championship, 5th overall at the Tour of Utah and a sixth consecutive win at the hometown North Star Grand Prix. Along with the team's string of victories, it also collected numerous podiums including third overall at the Tour of Alberta and Tour of the Gila. The season also saw two Rally riders claim bronze medals at the Rio Olympics and Tom Zirbel break the American hour record - powering to an incredible distance of 53.037 km. 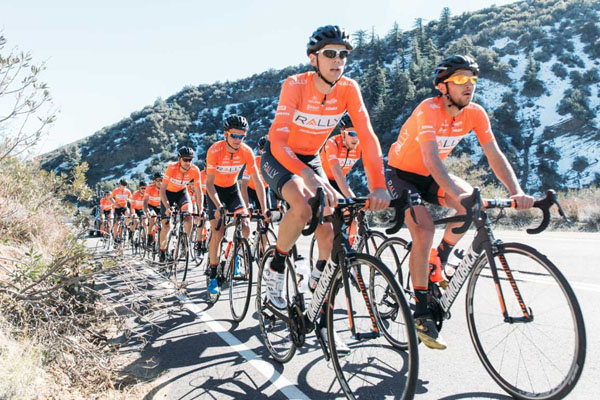 For the coming season, the men's squad added Redlands Bicycle Classic champion Matteo Dal-Cin, Tour of Alberta stage winner Colin Joyce and Junior World Time Trial Champion Brandon McNulty. Although the camp is the first opportunity for the entire team to get together and put in specific training, the team has already emerged as a cohesive unit following December's winter camp in Colorado.

"For a lot of the riders, the camp is the first time they can put in a block of miles with intensity in fairly good weather," said Performance Manager Jonas Carney. "All the riders have done their base miles but now it's time to really increase the intensity. Camp is structured to prepare our riders for the early season races. Later this month the men's team will race the Volta ao Algarve in Portugal against numerous world tour teams and the Volta ao Alentejo in Spain. We need them to be fast and have a bit of extra strength in the legs." 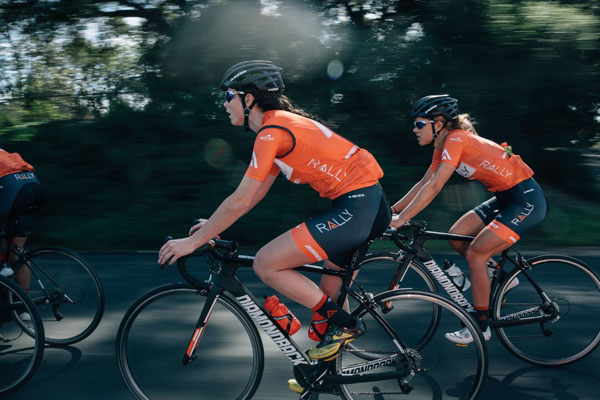 "This is my second year with Rally Cycling and we have some great new faces on the team," said Allar. "We have a few Canadians, a couple new development riders and Megan Heath is our superstar junior that we are excited to be working with. The training here is spectacular and everyone wants to be Camp Champ, but our focus this year is to get accustomed to riding together, create a cohesive unit and get those big wins we are looking for."

Absent from training camp are Curtis and Emma White who are taking a well-deserved break after dominating the North American U23 Cyclocross circuit. Other teammates not in Oxnard included Allison Beveridge, who is recovering from off-season surgery while Kelly Catlin and Monica Volk are pursuing their undergraduate degrees and have already started the fall semester.