Rally Cycling kicks off the 2017 season on February 11th, at the Vuelta Ciclista a la Region de Murcia in Spain (UCI 1.1) before heading to Portugal for the Volta ao Algarve (UCI 2.HC) on February 15 -19. The events are considered premier early season races on the European calendar and Rally Cycling aims for success against the top teams in the world - including Bora-Hansgrohe, Movistar and Sky. This is the second year in a row that the team has started its season in Europe and will utilize the events to lay the foundation for success later in the season at top-level races in North America. 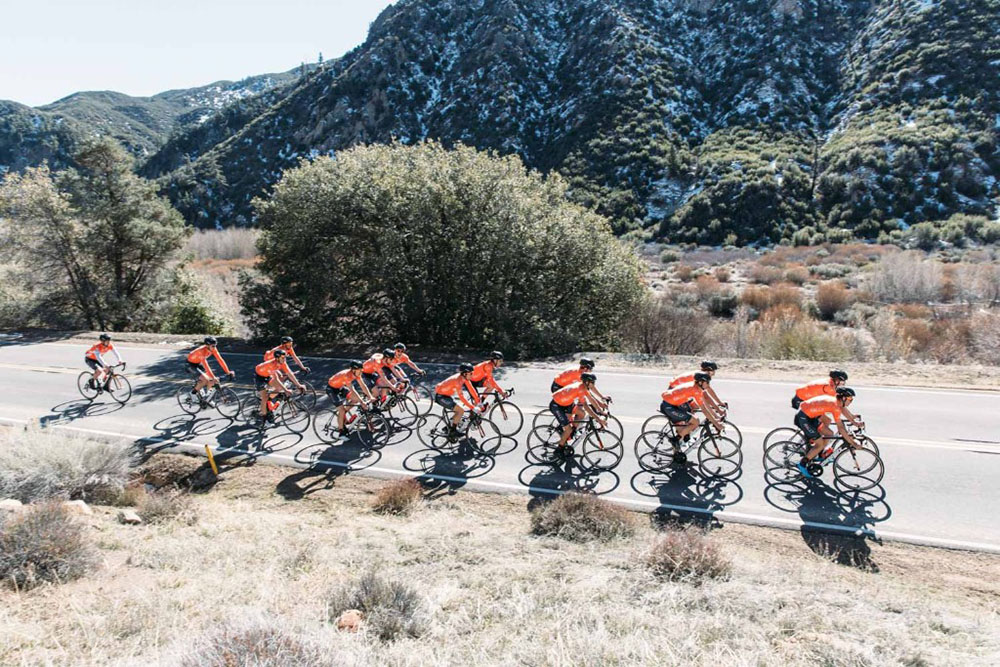 "We are excited to be starting the season off in Europe and are looking forward to taking part in such prestigious events as the Vuelta Ciclista a la Region de Murcia and the Tour of Algarve," said Performance Manager Jonas Carney. "We expect a tough race and tough competition from some of the top riders in the world. The team is very motivated and our early season training has prepared them well. The consensus from the guys is that training camp was more challenging than ever, and that's good because we wanted them to be prepared for what Europe is going to dish out."

Vuelta Ciclista a la Region de Murcia covers 182 kilometers from the Spanish cities of San Javier to Murcia and features three steep ascents with the highest topping out at 1250 meters. With the third and final climb coming 40 kilometers from the finish, Rally Cycling will look to put all-rounder riders Matteo Dal-Cin, Evan Huffman and Colin Joyce in for a chance of victory. Rob Britton, Adam de Vos, Sepp Kuss and road captain Danny Pate will support the trio.

Despite its underdog status, Rally Cycling enters the Volta ao Algarve keen on winning stages and riding high in the general classification. With a flat finish, the first stage looks to be one for team sprinter Eric Young. However, with several punchy hills along the route, the team may look to Colin Joyce or Evan Huffman to steal the stage from a breakaway.

Stages two and three will be key for general classification riders Britton, Dal-Cin, and Kuss. An uphill finish punctuates the second stage while stage three is a short, but tough 18-kilometer time trial. The fourth stage provides more opportunity for the all around riders, or Young to again show his speed. The final stage ends with a tough 2.8 kilometre ascent to Alto do Malháo. The final climb features an average gradient of over 8% and will be the perfect launch pad for Britton and Kuss to make a final assault on the general classification.