The 2017 Canadian Track Championships p/b Lexus for Junior, Under-17 and Para cyclists opened on Friday at the Mattamy National Cycling Centre in Milton, Ontario, with 12 national titles awarded.  Nearly 100 athletes from across Canada are in attendance to compete for national titles.  For the Junior category, the Championships have an added significance as the selection event for the world championships team. 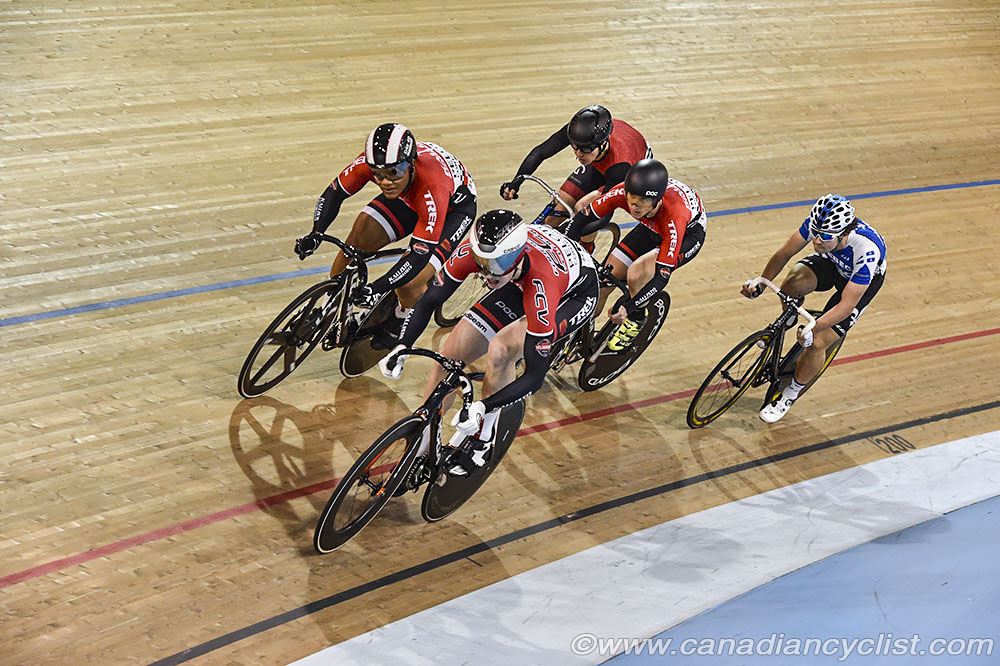 National titles were awarded for men and women in three events on Friday - Individual Pursuit, Keirin and Scratch Race - for both the Junior and Under-17 categories.  British Columbia was the top province for the day, winning seven national titles, led by Riley Pickrell (Tripleshot Cycling) with three straight wins in the Under-17 category, and Maggie Coles-Lyster (TaG Cycling) with titles in the Junior Women's Keirin and Scratch Race.  Also for British Columbia, Erin Attwell (Cycling BC) took the Junior Women's Individual Pursuit and Sarah van Dam (Tripleshot Cycling) won the Under-17 Women's Individual Pursuit.

Mathieu Boucher, Performance Development Director at Cycling Canada, said, "What an amazing day of racing! The first day of the U17/U19 Canadian Track Championships p/b Lexus is a testament to the good work that is being done by our coaches and clubs across the country to prepare the next generation of champions."

The Canadian Track Championships p/b Lexus continue on Saturday with titles to be awarded for Junior, Under-17 and Para athletes, and conclude on Sunday.  Admission is free to spectators for all days and all sessions.