After a dominating performance at the Tour of the Gila, Rally Cycling heads into the 2017 Amgen Tour of California with strong teams looking to make an impact in North America's premier event. It will be the program's ninth time competing in the race, and the first time the men's team will compete in a WorldTour event.

Evan Huffman, last year's Tour of California King of the Mountains, and recent winner of the Tour of the Gila will lead a strong and diverse men's squad. Olympic medalists, Kelly Catlin and Kirsti Lay will lead the women's team with ambitions for overall victory. 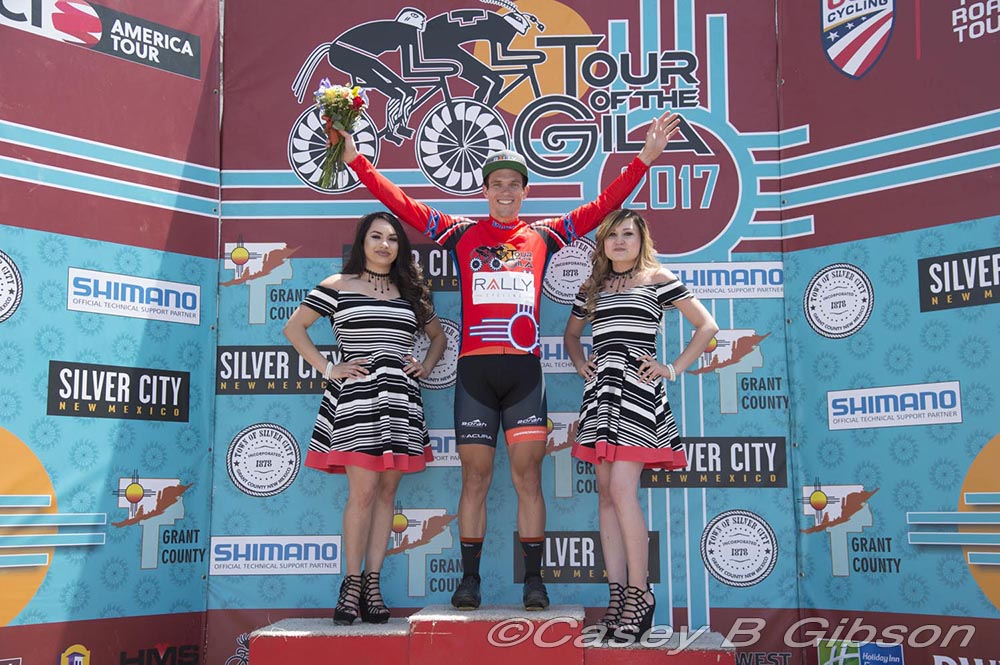 Overall winner of Tour of the Gila Evan Huffman 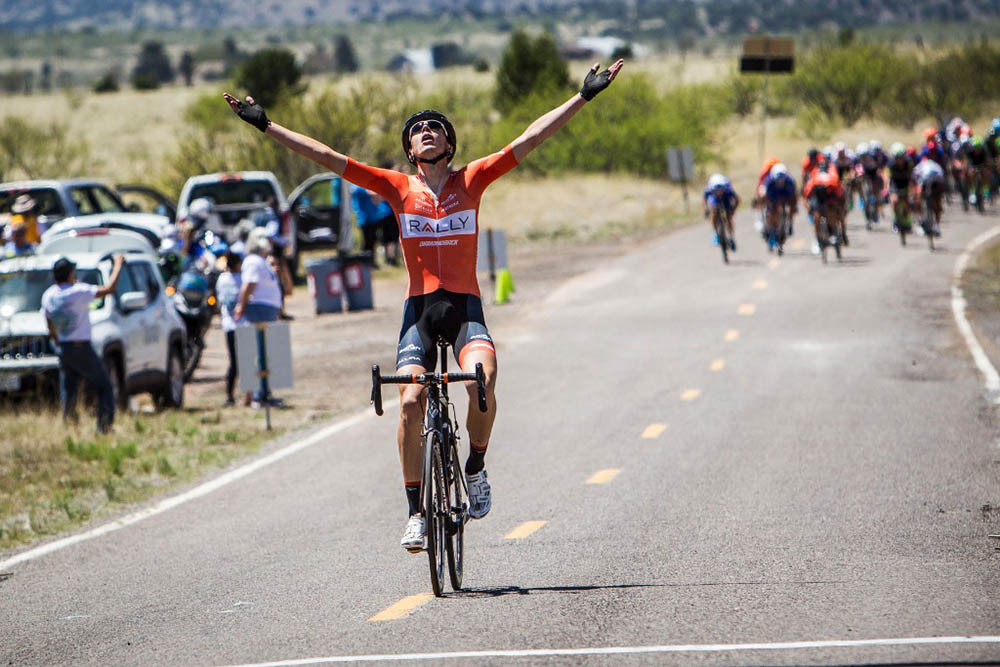 The men's edition of the 2017 Amgen Tour of California starts in Sacramento on May 14th and heads south through the golden state ending in Pasadena on May 20th. The seven-day stage race will include a mountaintop finish, a high altitude time trial along with flat and rolling stages to assure a tough and exciting event.

"I'm very excited to be racing my second Tour of California with Rally Cycling," said Huffman. "I'm happy with my second place stage result and King of the Mountains classification win from last year, and I have ambitions to achieve more in 2017. I feel confident in my fitness after winning the general classification at Tour of the Gila, especially on the time trial bike. I am focused on the stage six time trial for a high stage finish and look to move up in the general classification."

Lining up next to Huffman will be additional general classification riders Rob Britton, Matteo Dal-Cin, Adam de Vos (second in stage 5 last year), and Sepp Kuss. All five riders are coming off strong spring campaigns in Europe and dominated the recent Tour of the Gila, taking home four stage wins, the King of the Mountains, and the overall title. Veteran Danny Pate will captain Rally Cycling on the roads of California while Colin Joyce and Eric Young complete the roster. Coming off two stage wins at the Tour of the Gila, Young will be one to watch for victories in the flat opening stage around Sacramento, stage three into Morro Bay and stage seven on the streets of downtown Pasadena.

On the women's side, Olympic medalists Kelly Catlin and Kristi Lay will lead Rally Cycling. Both riders have recently returned to the road after racing for their national teams at the World Track Championships. Caitlin Laroche joins Catlin and Lay, coming off a strong performance at the Tour of the Gila highlighted by a ninth-place finish on the infamous Gila Monster stage. Emma White recently claimed her first UCI victory in stage four of the Tour of the Gila and will be joined by recently crowned national collegiate criterium and road race champion Erica Allar. The fast finishing duo will have additional support in the sprints from Katherine Maine who rounds out the roster.

"After finishing up the track season last month it will be my third stage race of the season, and I'm looking to contribute to the success of the girls from Joe Martin and Gila," said Lay. "Unfortunately we will be without last year's stage one Queen of the Mountains Sara Poidevin and Sara Bergen, who are both injured, but we can still challenge for stage wins and put a rider in the top five on general classification."

The four-day Amgen Breakaway from Heart Disease Women's Race, starts on May 11th, with a 117-kilometer loop around Lake Tahoe. Stage two will also be centered around Lake Tahoe but will head west over Luther's past before looping through the Washoe Reservation and heading north to tackle the 13-kilometer, Kingsbury Grade. Stage three sees the riders race 113 kilometers from Elk Grove to Sacramento. The fourth and final stage is a 70-kilometer circuit race around the California State Capitol Museum in the heart of downtown Sacramento.

"The spring has been a long, steady build-up to the Tour of California," said Team Director Zach Bell. "We have riders who can contest for classification jerseys, stage wins and the overall. The first two stages are critical to being able to challenge for the general classification so we will look for a strong start in Tahoe."