It’s the Giro of the first timers. Fernando Gaviria claimed his first stage victory at the Corsa Rosa after Lukas Pöstleberger won in Olbia on his Grand Tour debut and André Greipel took his first Maglia Rosa in Tortolì. But it wasn’t a bunch sprint finish in Cagliari.

The first Colombian sprinter to win at the Giro, was part of a small groupthat battled the crosswinds in the final 10km. Gaviria, with the help of his Quick-Step Floors team takes the lead in the general classification over from André Greipel. 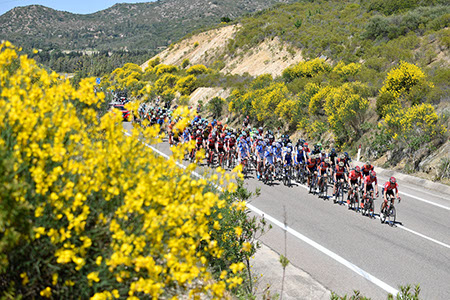 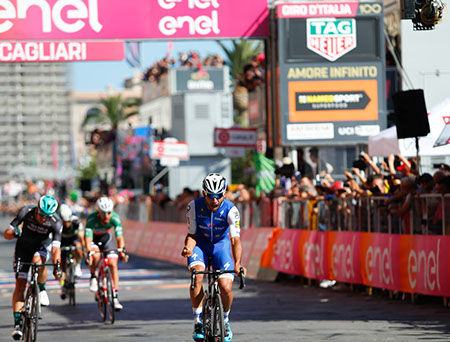 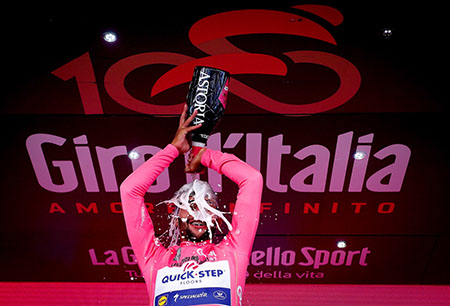 Gaviria (Quick-Step Floors) said: “We didn’t plan this attack in the crosswinds. We wanted to be at the front if the bunch was going to fire up. We’re a strong team so we took the initiative. With six riders at the front, we outnumbered the others. When we saw a split in the bunch, we went full gas. I had two days with bad legs, or if my legs were good, the others had much better ones. I was bitter because I had done a lot of sacrifices at home to be ready for stage 1 of the Giro. Now we can enjoy the rest day as a team, because I have the Maglia Rosa for two days: the rest day and stage 4.” Tomorrow is the first rest day of the 100th Giro d’Italia.

Results from the 3rd stage in Italy