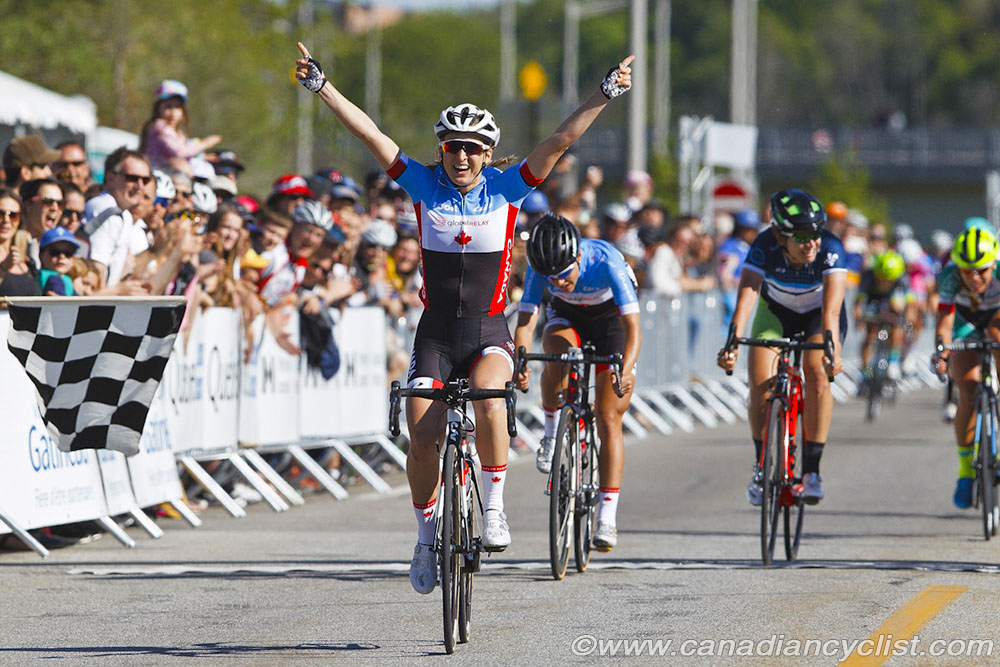 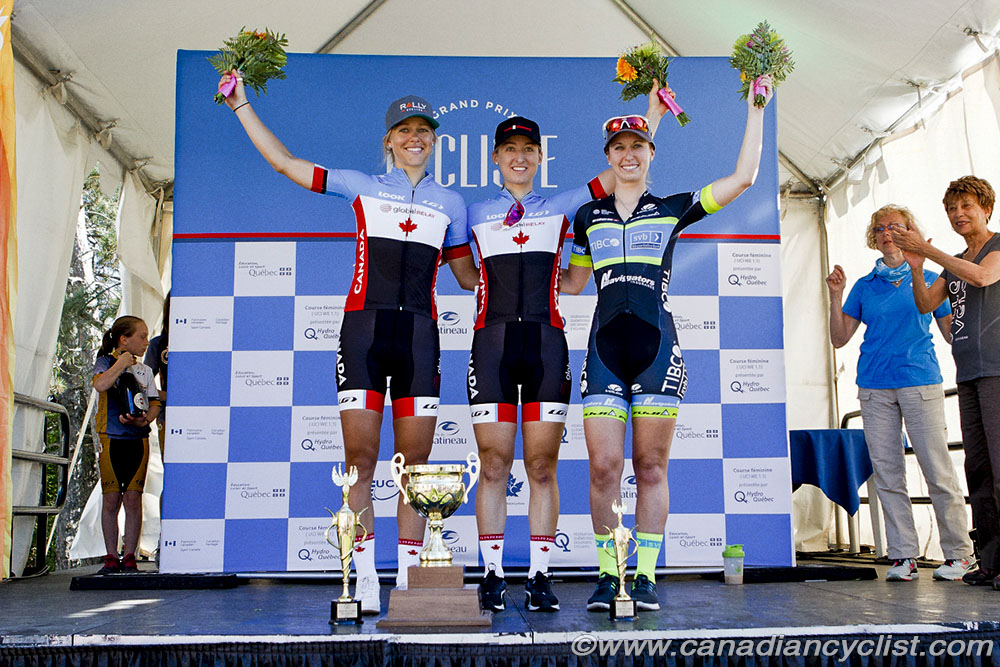 The eighth edition of the UCI race took the riders out for two loops in the Gatineau Park before heading into the center of Gatineau for five laps of a 9.4 kilometre circuit, for a total of 104.4 kilometres of racing.

The opening circuits feature a long climb followed by an equally long descent, and two riders attacked from the gun - Emily Marcolini (Highgate Racing) and Emily Flynn (Cyclery-4iiii) - hoping to get a gap before the climb.  However, Team Canada was setting a strong tempo and both riders were caught before the top of the climb on the first lap.

"I started the day optimistic," explained Kirchmann, "and the team, Team Canada, we believed we had a super strong roster and that we could win the race. Originally we wanted to make it a hard and aggressive race especially through the two laps through the park and we wanted to make the Camp Fortune climb hard. The first time we set a hard pace, and the second time we wanted to force a selection but, unfortunately, my derailleur kind of exploded on the base of the climb. This forced us to change our plan. But the team was amazing, they came and brought me back to the group and then from there we reassessed."

Lay said, "I knew I was a worker today, we wanted to make the climbs hard, so I did some efforts there and tried to get on a break. We communicated well and bought into the team goals and I think that is the key to the success. We believed in Leah and I had no problem laying myself out there for her because I knew she would be great. It worked well and bodes well for going forward to whoever is on the Worlds team."

The field came into the finishing circuits intact, however, two laps in Australian Lucy Bechtel (Fearless Femme Racing) attacked and carved out a 30 second-plus lead before she was shut down by the teams setting up for a sprint.  Steph Roorda (Sho-Air Twenty20) tried a last lap attack but was quickly caught.

"Coming into the circuits, the first few were pretty aggressive," said Kirchmann, "but we made sure we had all the moves covered and even initiated a few ourselves. Coming into the last couple of laps, it seemed like teams wanted to keep it together for a sprint and we were also okay with that. The team was committed to setting me up in the best possible way."

Team Canada timed it perfectly, with Kirchmann coming off Lay's wheel in the final 100 metres.  Lay's leadout was so strong that she was able to hold on for second.

Lay explained the strategy for the finish, "We wanted to make the race hard just to begin with to make the selection a bit better. On the last lap we just wanted to be near the front but we knew we didn't want to go too early. There was a headwind and we didn't want anyone to come around. Leah (Kirchmann) and I actual started a couple wheels back but we stayed calm and came up the inside and no one shut the door on us so it was perfect timing. I didn't anticipate myself being there that late, but I knew she had a good sprint and I hung on for second."

"It was amazing coming into the finish how the team came together," said Kirchmann.  "We don't normally race together, but the girls did an amazing job of just staying patient, using other teams as long as possible. Coming down the long straight Katherine (Maine) and Sara (Poidevin) were able to maintain position and then Karol Ann (Canuel) drove it through the round about . Kirsti (Lay) lost a few positions but were make it up in the final corner. Kirsti was able to deliver me with a lot of speed, so much so that she managed to finish second. I head back to Europe tomorrow to meet up with my team and do the Women's Tour of Britain and then come back for Nationals."