Brian Cookson, President of the Union Cycliste Internationale (UCI), on Friday launched his manifesto for the coming four years and re-election as the UCI President at the UCI Congress in Bergen [Norway] in September. At this time, there are no other declared candidates. 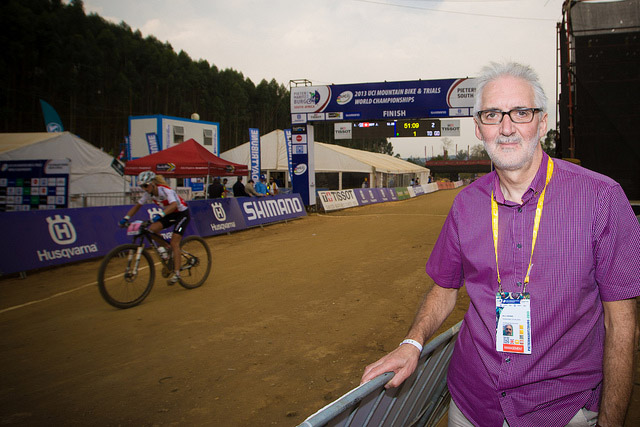 "I am seeking the continued trust and support of the cycling community, so we can build on the progress that we have made together over the last four years", Mr Cookson said.

Brian Cookson has been widely credited as a highly effective UCI President, with the UCI emerging cleaner, stronger and more transparent during his first four-year term. The UCI's work under Brian Cookson's Presidency on anti-doping, on ethics, on the constitution, on governance structures, and on further globalising the sport has placed the UCI in a strong position, ready to make further great progress.

Launching his six point plan, Brian Cookson said: "I stood for the Presidency of the UCI in 2013 as I felt strongly that the UCI needed to embrace a new way of doing things and address, head on, the critical challenges facing our sport. I believe the record shows I have kept my promises and made real progress during my first term."

"I have been honoured by the trust that has been placed in me to lead the UCI, and I am proud of the work we have done together. One of my most important commitments was to review and improve, where needed, our governance and transparency. That's why we revised our Constitution, introducing a number of improvements in line with best practice, including term limits for the UCI President."

"We are now proud to be a well-respected international federation, seen by WADA and other anti-doping organisations as being the reference point in our work for clean sport."

"We have made a great start but there is much more that needs to be done. That's why I'm standing for a second and final term as UCI President."

"This strategic plan will drive growth across all cycling's disciplines, accelerate our international development, champion cycling for transport and leisure, ensure equal opportunity for men and women to participate and compete, build on our restored credibility and ensure the UCI continues to drive excellence in our operations."

"Over the next four years I want to build on the strong foundation we now have in place, but of course I cannot deliver this alone. I need your help and support to implement this plan, so that, together, we can continue the job and achieve a strong and truly global cycling community."

The Cookson campaign has also launched at website - www.briancookson.org/