Lexus Canada and Cycling Canada announced on Tuesday that they have renewed their partnership, expanding Lexus' commitment to high performance and excellence. The multi-year agreement will see Lexus continue as the official automotive partner of Cycling Canada as well as a number of provincial level cycling organizations and events across the country. 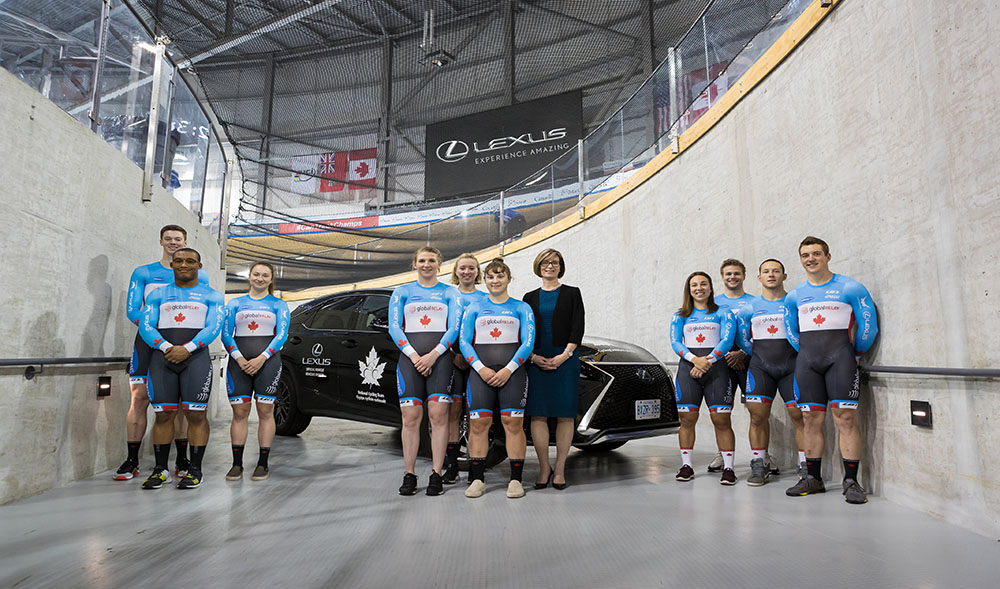 The expanded partnership will focus on supporting the sport of cycling at all levels by making even stronger grassroots investments to celebrate the sport both recreationally and competitively.

"At Lexus Canada, we partner with organizations that share a mutual passion for innovation, design and excellence in performance, and that is why we are thrilled to enter into another multi-year partnership with Cycling Canada," said Jennifer Barron, Director of Lexus Canada. "This expanded partnership will allow us to support dedicated and passionate Canadian cyclists at every skill level."

Lexus Canada's support will include vehicles for use by Canada's National Cycling Team and staff as well as vehicle support at major events, including:

• The Canadian National Championships for Road, Track and Mountain Biking
• The Tissot UCI Track Cycling World Cup in Milton, Ontario
• The 2018 UCI Para Road Cycling World Cup in Baie-Comeau, Quebec
• The BC Superweek pro-cycling series held throughout BC
• The Our Cityride community ride event in Vancouver, BC

"We are proud to continue our association with Lexus Canada and are excited for their support of Cycling Canada, the National Cycling program and our athletes who are delivering world class performances as a result," said Matthew Jeffries, Interim Chief Executive Officer of Cycling Canada. "The success of our athletes and national events are greatly enhanced and would not be possible without this vital support. We are thrilled and grateful for our shared vision and the continued collaboration over the coming years."