The 2018 Tour de Beauce starts today, and some of the best cyclists in the Americas have arrived in St-Georges to take part in this chsllenging race of 643 km over 5 days. 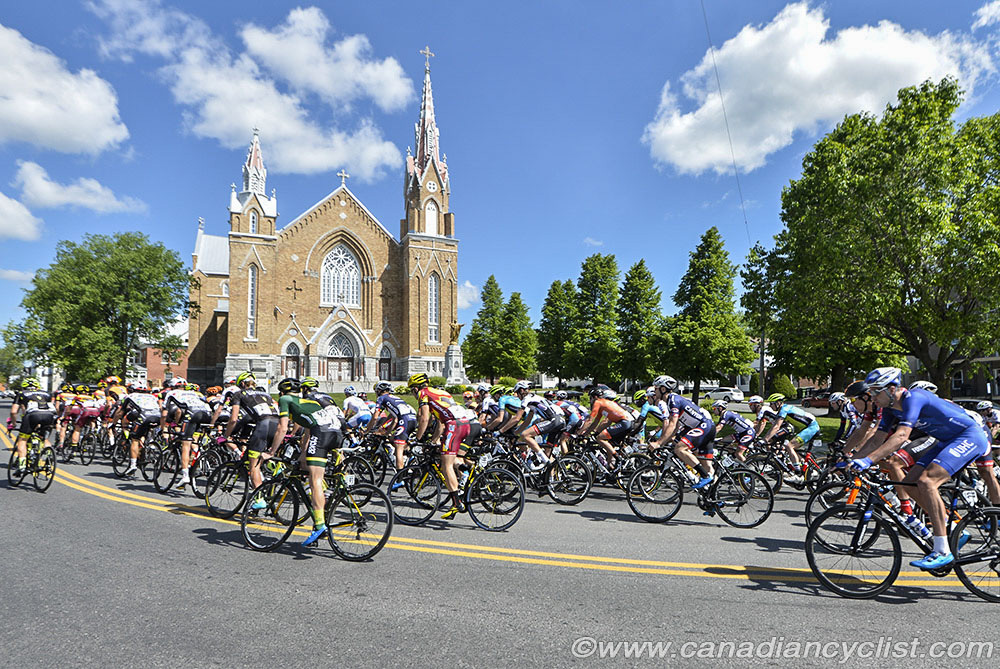 Five of the top 10 teams from the UCI America Tour will be represented, including the top three teams in Rally Cycling (1), UnitedHealthcare (2), and Holowesko | Citadel p / p Arapahoe Resources (3). In total, 19 teams will compete with the goal of donning the famous Yellow Jersey Ville de Saint-Georges, awarded to the overall champion. 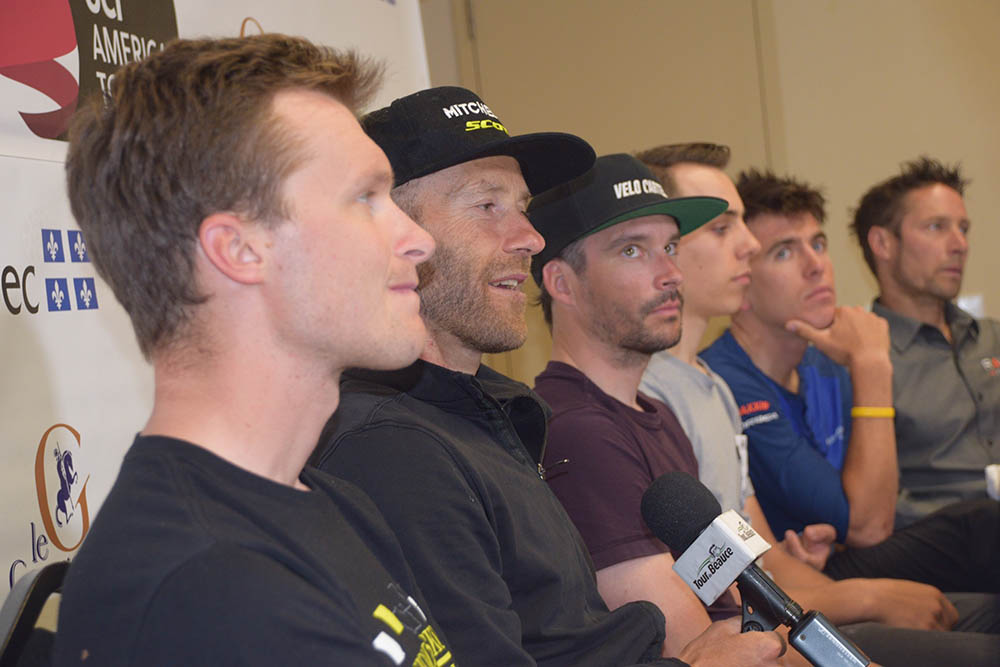 Eric Wohlberg, Team Manager of the American squad Rally Cycling and champion of the 1995 edition of the Tour de Beauce, is confident of his team. " Our Team is coming off a very solid spring racing campaign. Our riders have fared very well against the challenges of racing new events overseas. Since our return to the North American racing scene late April, the team has been on a very good run."

Wohlberg added: "Rob Britton is coming off a great Tour Of Gila and Tour Of California, so I am hoping he can challenge the overall here. Colin Joyce almost doubled up in Winston Salem a couple weeks ago, and the rest of the guys are looking very good. We hope to continue the streak here, against a very competitive 2018 Beauce field." ,  (Britton who won the final stage in 2017)

Defending champion Andzs Flaksis of the Holowesko team | Citadel p / p Arapahoe Resources will be in the starting line hoping to defend his title. Flaksis won the 2017 edition of the Tour de Beauce on the final stage, trailing by more than two minutes in the overall standings at the dawn of the last stage. The last and only cyclist to win two consecutive editions of the Tour de Beauce dates back to 1998-1999 while Levi Leipheimer with the achievement. 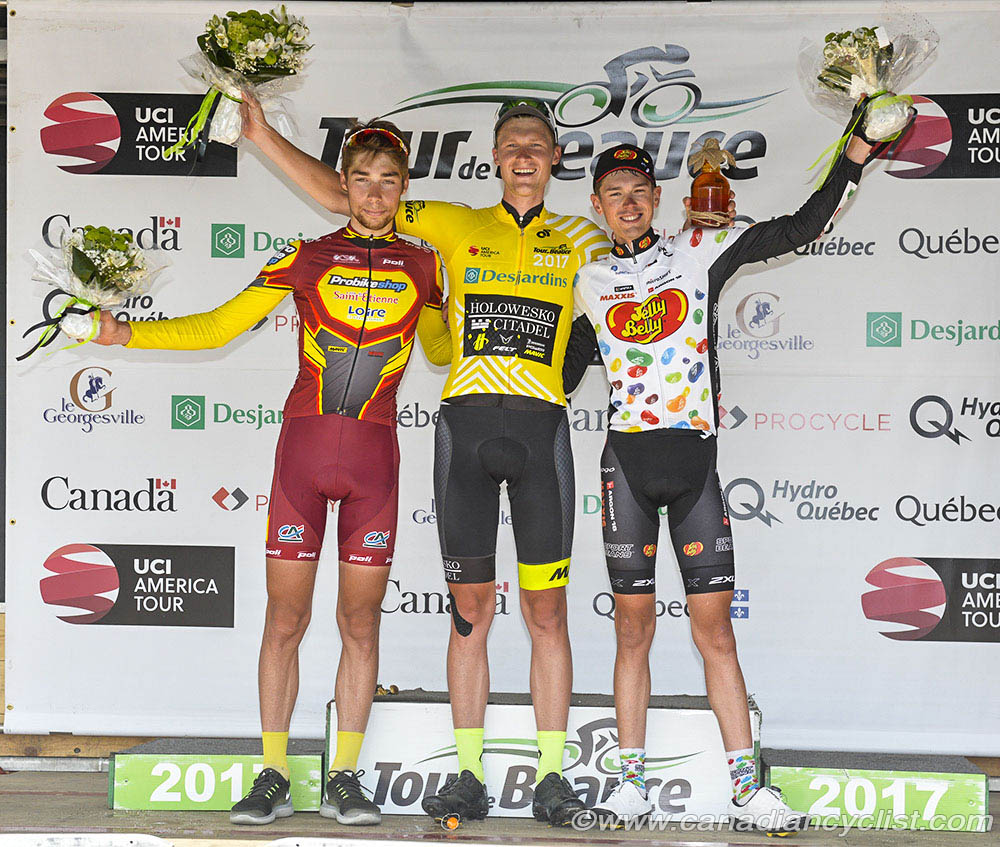 "I am really excited to return to Canada for the Tour de Beauce; I am Latvian, so North feels like home for me. That's one of the reasons I like coming here. Last year's race unfolded only on last day, so it's exciting that nothing is certain until the end. You always have hope and can keep on fighting," said Flaksis. "Last year's victory was a true team effort, so this year we, Holowesko-Citadel, brought a strong team to try to defend the title!"

Romanian Sergei Tvetcov of the UnitedHealthcare team is ranked number one in the UCI America Tour. Tvetcov finished third overall in the Tour de Beauce in 2014. In March, Tvetcov won the Tour de Korea (2.1). He finished fourth in Tour of the Gila (2.2), winning the individual time trial stage. Last year, he finished second in the Colorado Classic and third in the Larry H. Miller Tour of Utah. 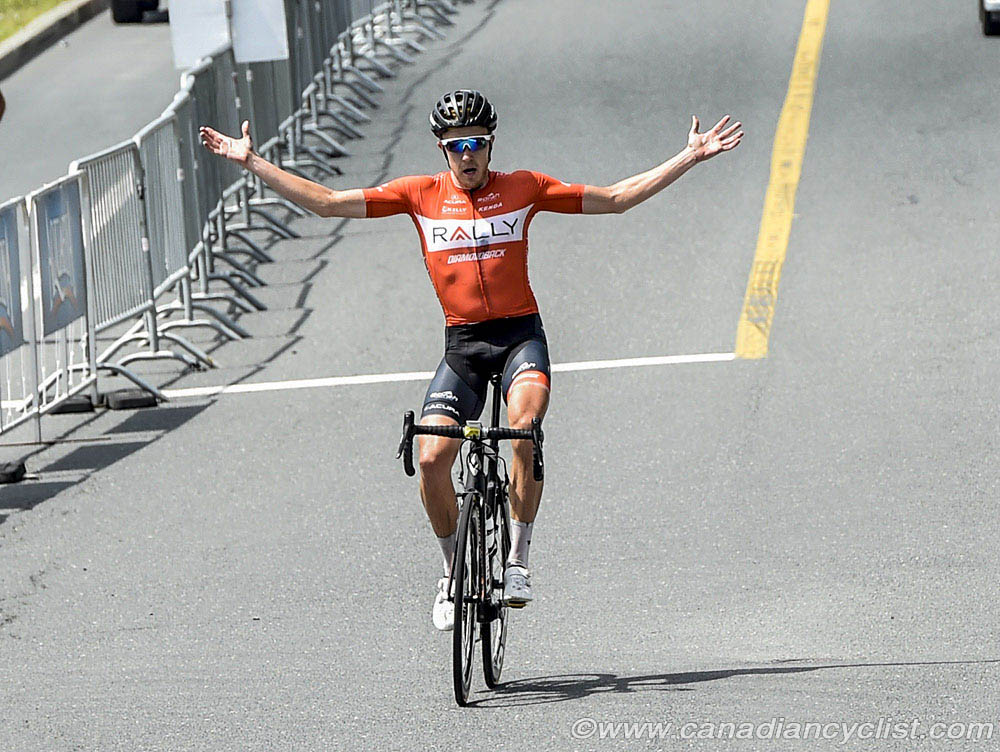 Canadian Rob Britton from Rally Cycling is second in the Americas. The British-Columbian won the Tour of the Gila with a pair of second-place finishes in the stage race. At the World Tour's Amgen Tour of California, Britton placed 16th overall. Britton won the last stage of the Tour de Beauce in 2017. Britton also has a second place overall in Beauce in 2014.

Svein Tuft, a WorldTour rider with team Mitchelton-Scott, has 13 Grand Tour starts, including seven starts at the Giro d'Italia, three starts at the Tour de France, and three starts at Vuelta Espana. Tuft has twice won the Canadian title at Canadian Road Championships and 10 Canadian Time Trial Championship titles. His last Canadian road race title took place on the Beauce roads in 2014. Tuft is the last Canadian to have won the Tour de Beauce honors while wearing the colors of the Symmetrics Pro Cycling Team in 2008. That same year, Tuft won the silver medal in the time trial at the UCI World Championships in Varese, Italy, one of two Canadians men to have won a World championships medal with Steve Bauer being the other. "It's always special to come back to Beauce. It's one of the first big races I did way back in 2001. I have great memories from this race, and I believe it's one of Canada's most important races for the development of our younger riders. It's a race that's always difficult and has a European style to it," said Tuft.

He went on to add: "At this point in my career, it's nice to come back and see some of the younger Canadian riders and see how they're progressing. There's no better way to achieve this than to race with them. I hope to pass on some of my experiences.

2016 Canadian Champion Bruno Langlois will participate in a 20th edition of the Tour de Beauce.

Five jerseys will be contested during the five days of competitions: the Yellow Jersey Ville de Saint-Georges awarded the best overall; the White Jersey Hydro-Quebec presented to the best in the points classification; the Red Jersey Le Georgesville offered to the top of the youth ranking (U23); the Polka Dot Jersey Desjardins awarded to the best of the King of the Mountain classification, as well as the Blue Jersey Ville de Quebec awarded to the winner of the Quebec City stage.

The 2018 Tour de Beauce will begins June 13th and crown its champion on Sunday, June 17. 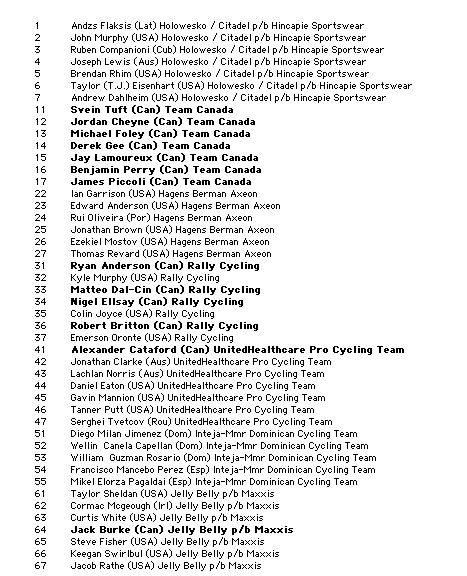 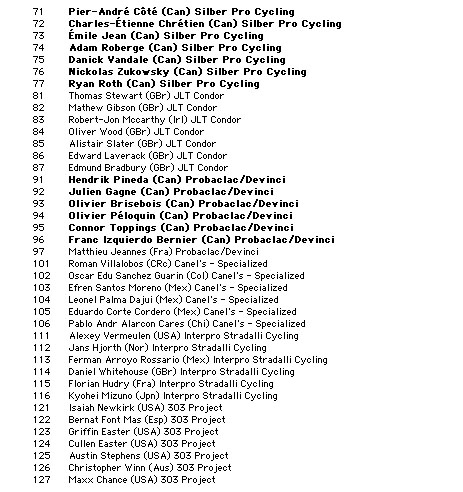 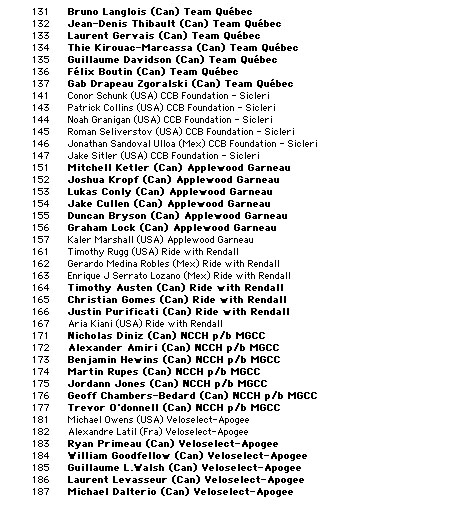