The UCI issued a statement today stating that it is dropping its case against defending Tour de France winner Chris Froome of Team Sky.  They did not provide their 'reasoned decision', however, noted that WADA [World Anti-Doping Agency] had accepted Froome's testimony.  Chris Froome tested positive at last year's Vuelta a Espana for double the amount of salbutamol allowed under regulations.  He and his team insisted that he had not doped and submitted some 1500 pages of evidence supporting their argument. 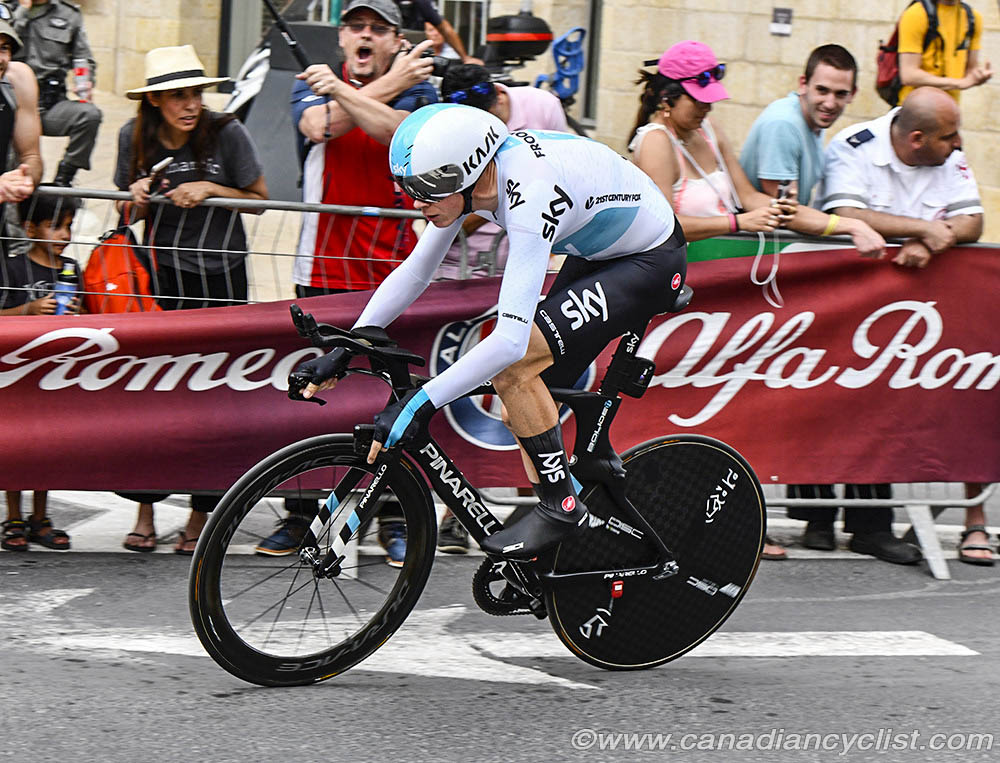 The case has dragged on for ten months, while Froome won the Giro in the interim, and the Tour organizers [ASO] announced yesterday that they would not allow Froome to start this year's Tour while the case was ongoing, which the team has announced they are appealing to the Court of Arbitration for Sport [CAS].  However, now that the case against him has been dropped, it is unknown if the ASO will continue to insist on a ban, which they claim is based on their rules about 'damaging the image or reputation of the race'. Subsequent to this news item, the ASO has stated they will no longer attempt to ban Froome, since his doping case has been resolved.

On 20 September 2017, Mr Froome was notified that a sample collected during the Vuelta a España on 7 September 2017 was reported to contain a concentration of salbutamol in excess of 1000ng/ml.

The World Anti-Doping Agency (WADA) Prohibited List provides that inhaled salbutamol is permitted subject to a maximum dose of 1600 micrograms over 24 hours, not to exceed 800 micrograms every 12 hours (the permitted use), and that a concentration in excess of 1000 ng/ml is an abnormal finding which is presumed not to be the result of a permitted use. The WADA Prohibited List further provides that the athlete can establish that his/her abnormal result was the consequence of a permitted use, in which case it will not be considered as an Adverse Analytical Finding (AAF).

The UCI instigated disciplinary proceedings in accordance with the UCI Anti-Doping Rules (ADR), during which Mr Froome exercised his right to prove that his abnormal result was the consequence of a permitted use. The proceedings started with an evidentiary phase, with the UCI and Mr Froome agreeing that the UCI Anti-Doping Tribunal would decide whether certain information could be provided to Mr Froome in preparing his defence. The UCI already sought WADA's advice at that stage, during which a significant number of expert and scientific reports were submitted on behalf of Mr Froome.

The UCI has considered all the relevant evidence in detail (in consultation with its own experts and experts from WADA). On 28 June 2018, WADA informed the UCI that it would accept, based on the specific facts of the case, that Mr Froome's sample results do not constitute an AAF. In light of WADA's unparalleled access to information and authorship of the salbutamol regime, the UCI has decided, based on WADA's position, to close the proceedings against Mr Froome.

Whilst the UCI would have obviously preferred the proceedings to have been finalised earlier in the season, it had to ensure that Mr Froome had a fair process, as it would have done with any other rider, and that the correct decision was issued. Having received WADA's position on 28 June 2018, the UCI prepared and issued its formal reasoned decision as quickly as possible in the circumstances.

The UCI understands that there will be significant discussion of this decision, but wishes to reassure all those involved in or interested in cycling that its decision is based on expert opinions, WADA's advice, and a full assessment of the facts of the case. The UCI hopes that the cycling world can now turn its focus to, and enjoy, the upcoming races on the cycling calendar.