Within the next week or so, Richard Wooles will leave B.C. to take a full time position with the UCI, running the Road program.  While originally from Wales, Wooles has spent more than a decade in Canada, working as the national track coach (when Canada won a bronze medal in the women's Team Pursuit at the London Games), as the B.C. provincial coach and as the Executive Director at Cycling BC.  He currently runs Peak & Valley Coaching.  Richard has worked with many young athletes on the road and track, given his passion for youth development.

"I went over before Christmas, when former track rider Craig MacLean [now running the Sprint program for the UCI] asked me if I would come over and help out for a month.  So I went over and did a bit of work, and literally on the last day, Frédéric Magné [Director of the World Cycling Centre at the UCI headquarters in Aigle, Switzerland] asked me if I would be interested in coming back."

"I said I love Switzerland, I love the working environment, but it's not just me; I have to kids and a family to think about.  When I went home, I expected my wife and family to say no straight away, but they all came around to the idea of moving over [to Switzerland]."

This is not the first time Wooles has worked for the UCI - he came to Canada from Switzerland almost 13 years ago, from running the track program at the UCI.  This time, he will be running the Road program and helping out with the Track program.

Wooles says he will still keep working with some Junior riders back in Canada.  "I offered a scholarship program [through Peak & Valley], because it is something I am passionate about.  I hope to have some of the riders from Canada come over to Switzerland, possibly with the UCI, or just staying with me and training and racing there."

"There's some phenomenal young riders coming through; the reason I got into coaching was because of the advice I was given as a Junior - and I wish that I had had more.  I look at these kids, and I see myself in them ... they just need good advice.  Sarah Van Dam, Riley Pickrell, Dylan Bibic, Jacob Rubuliak ... these kids are as good as any kids in the world.  I think Cycling Canada is doing good work in lots of spaces, but they don't have the resources to dig down into the Juniors.  The UCI is happy to allow me to continue to help them out." 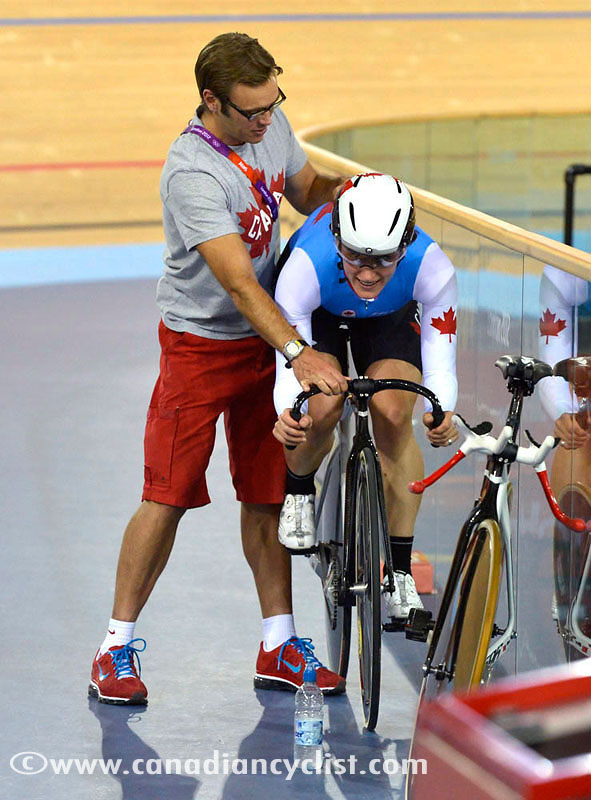 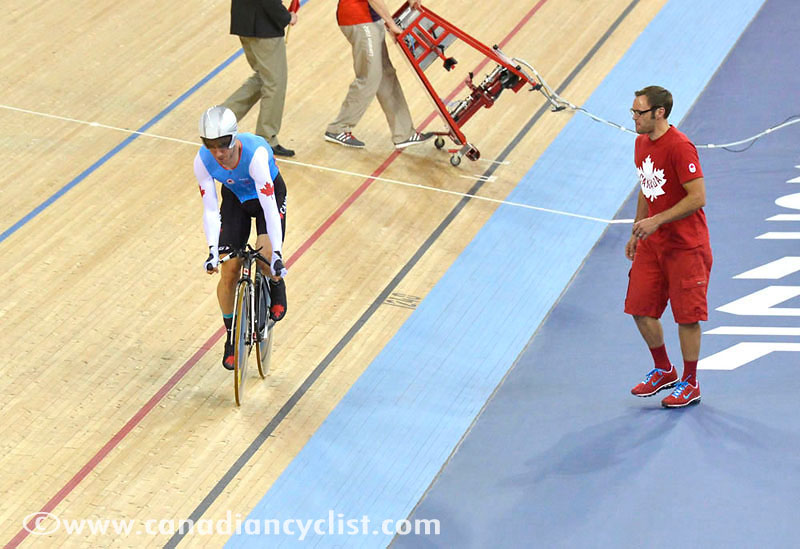 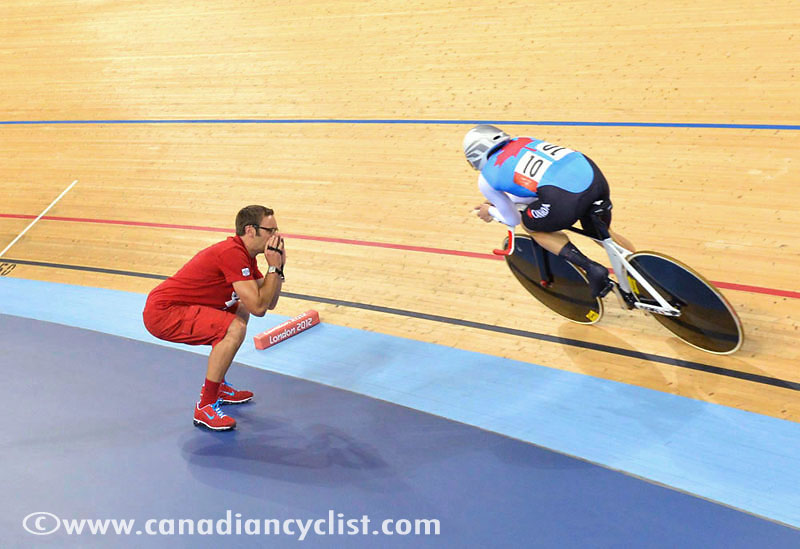 As he departs Canada, Wooles gives his perspective of where the Canadian system stands.

"I think there is some amazing stuff going on ... when I think back to the resources we had for Beijing and London on the track side; I think they are in a great position [now].  When I look at Mountain Bike and BMX - they have head coaches and assistant coaches, full time physiotherapists and sports scientists ... everything now.  Then we were looking for sponsors for some [track] camps in Los Angeles, and now we have a track of our own; it's very different now."

"It's unfortunate that all the things have happened in the last 12 months [loss of coaches and senior staff].  I believe in having a sole leader of the organization, instead they have a group of people leading, and I think that is the plan that they have until 2020.  Right now, so much rides on that top end, which I don't believe in, I believe in the development side.  I think they are in a great spot, but we'll see what happens after the next Olympics and where their funding lies.  I believe development is the key."

At the UCI, Wooles says, "I be overseeing development of the athletes coming through from all the countries.  I'll be looking at younger riders coming into the sport and how they are developed.  Now all the WorldTour teams have a mandate to develop younger riders.  The likes of Ben Katerburg coming on with Sunweb, and Steve Bauer reaching down with CCC [formerly BMC] looking for development riders.  I think that will be a key thing for me; looking at the Junior riders and younger U23s, and creating pathways for them.  Inviting them over the Switzerland for 3-6 months.  I think that's why I was offered the job, because I've been doing it."

"We need to take our time; so many of them leave the sport too early, they don't reach their full potential.  That's what I hope to be doing with the UCI; we'll see how it pans out when I get there."

"When you look at kids, you don't just look at a power file.  You actually need to spend time with them, see if they have the headspace to grow and develop into somebody you can deal with.  I think a lot of them, because they lose so much in the sport, they can't turn it around to think about winning.  They have to learn the lessons, put it behind them and go on to try and win the next one.  We create a bunch of losers if you don't keep thinking about how to try to win." 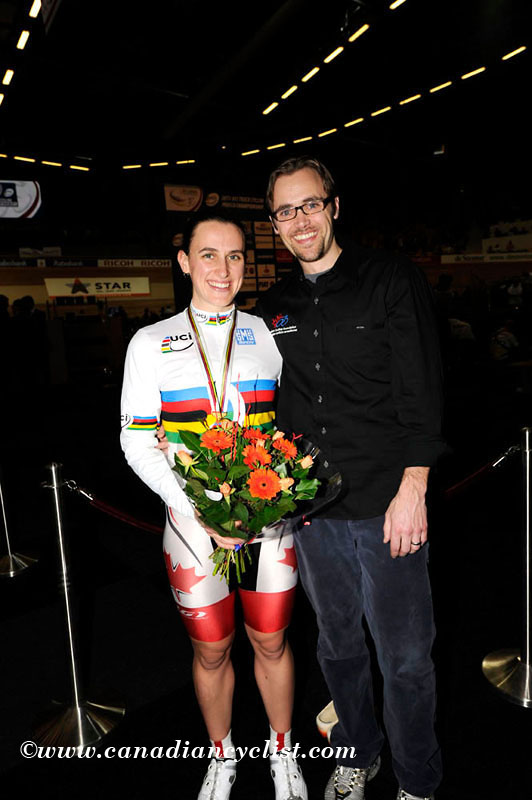 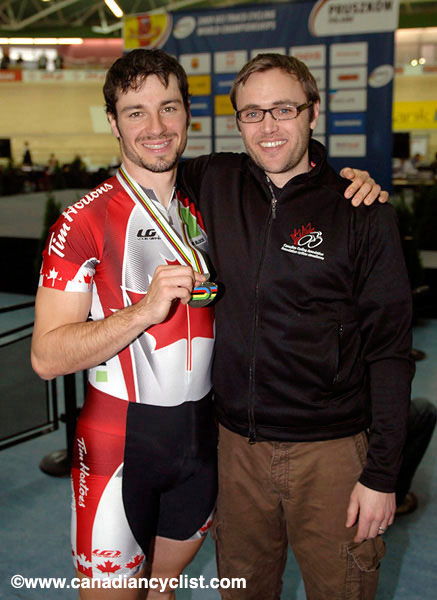 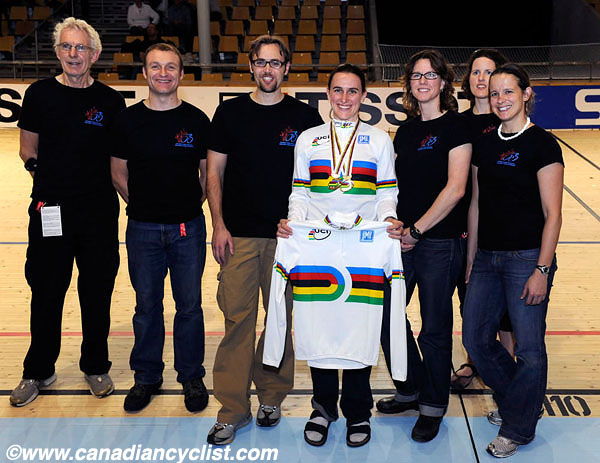