We are sorry to have to report that current Canadian BMX national champion Aidan Webber died in a work-related accident on Sunday, March 10th.  The B.C. Coroners Service has confirmed that the Nanaimo-based teenager died in a workplace accident at a fish farm off the coast of Vancouver Island. No further details of the incident were released.

Webber won the Junior national title last year in Drummondville, Quebec, as well as in 2016.  In 2017, he was chosen for the Steve Smith Memorial Award, given for extreme sports achievements. He represented Canada at the world championships in 2017 and 2018.

The Nanaimo BMX Association said in a statement: "Yesterday, Nanaimo BMX lost one of our family members. It is with sadness and regret that we say goodbye to Aidan Webber. Aidan tragically lost his life yesterday in a work accident. Aidan was an amazing son, brother, rider and friend to many. He has been a constant figure racing around Nanaimo's track and tracks all around the world. His friends come from far and wide. Aidan will be missed by all."

National squad team mate Tory Nyhaug said on Twitter: "I'm very saddened to hear about the passing of Aidan Webber. He was such a kind, respectful kid that I really enjoyed being around. Keep an eye on us up there brother, enjoy the best junk food and the most pristine dirt jumps. You are so loved and greatly missed down here."

Funeral or visitation details have not been released at this time. 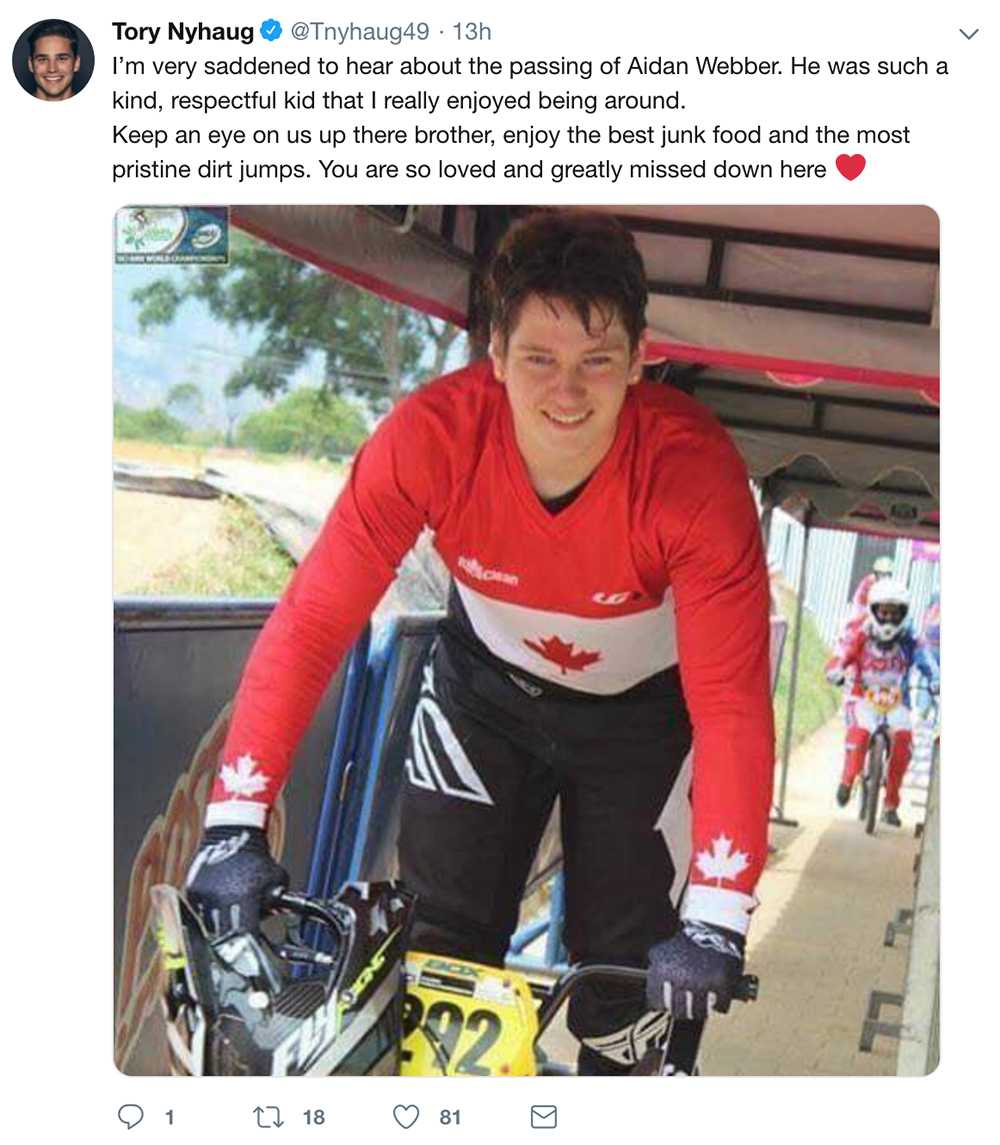