Weather conditions were almost perfect, and a record number of entrants took part in both the UCI C1 sanctioned Canada Cup categories and in age group categories ranging from Under-13 to 50-plus.

The powerful Norco Factory Team took both the Elite titles, with Haley Smith winning the women's race and Peter Disera the men's.  Both riders rode at the front of the race from the first lap, steadily opening a gap on the rest of the field to solo in to victory. 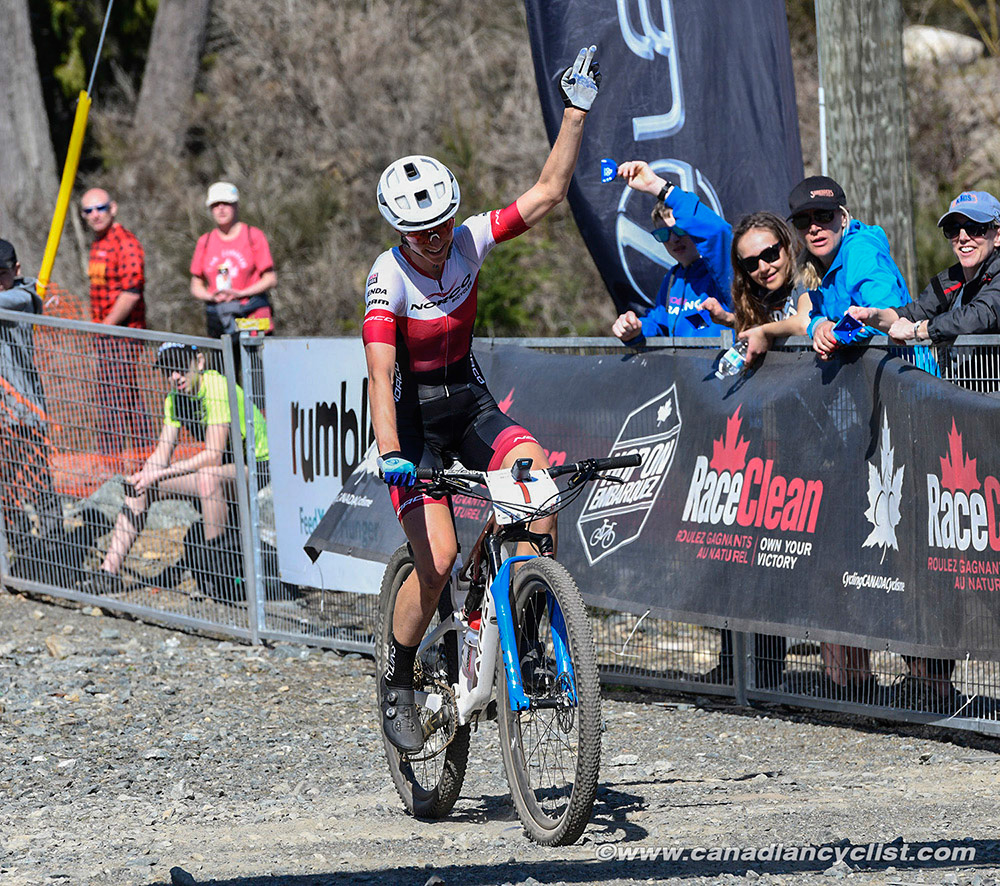 For Smith, in was a continuation of the extremely strong early season she has been having, from wins in Greece and California, to now on home soil.  Smith beat three-time defending champion Catharine Pendrel (Clif Pro Team), with Laurie Arseneault (ACQ) finishing third.  Sandra Walter (Liv Giant) had been riding in third, battling Jennifer Jackson (AWI RaceFace), but suffered a rear flat late in the fourth lap.  By the time she got a wheel change in the pits she was down to fifth, but managed to pass Jackson in the last lap to take fourth. 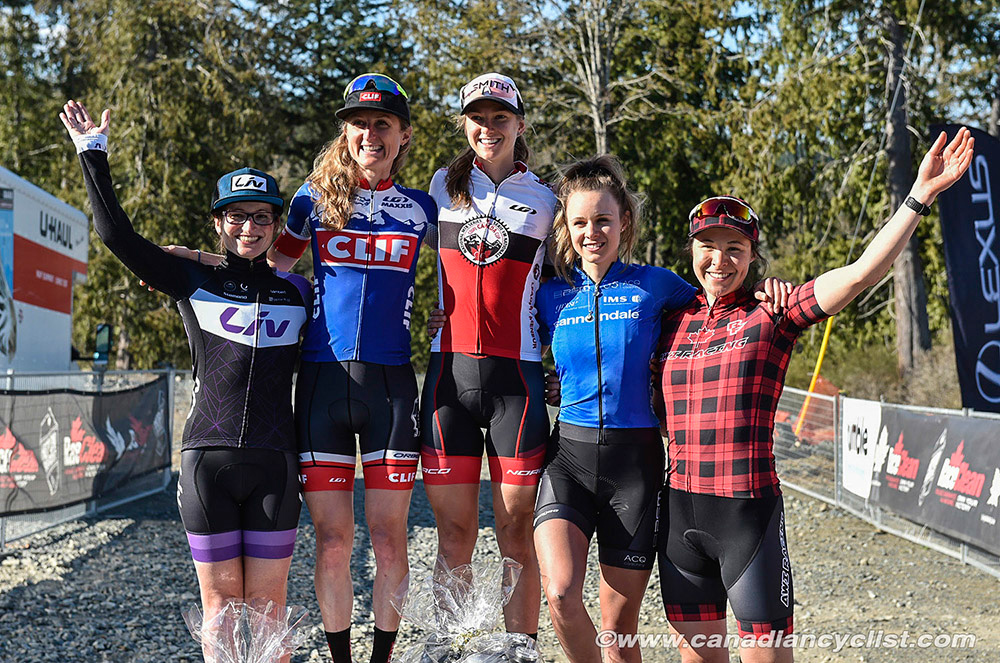 "It has been a strong start to my season," agreed Smith.  "I didn't really expect to go this well, but I'm racing as hard as I can and having fun.  It's a pleasant surprise.  It's a well-known rule that the first 20 minutes are the hardest, so if I could just stay away for the first couple of laps, hopefully the gap could grow, and that's what happened."

In the men's race, Disera, the defending champion, quickly opened a gap on a chase group consisting of Raphael Gagne (Equipe du Quebec), Gunnar Holmgen (Hardwood Nextwave) and Leandre Bouchard (Pivot-OTE).  Disera rode alone through the race to take the win, with Holmgen and Gagne chasing together until the final lap, when Gagne dropped his rival to take second.  Holmgren faded in the last half lap and was overtaken by Bouchard for third.  Marc-Andre Fortier (Pivot-OTE) took the fifth and final podium spot. 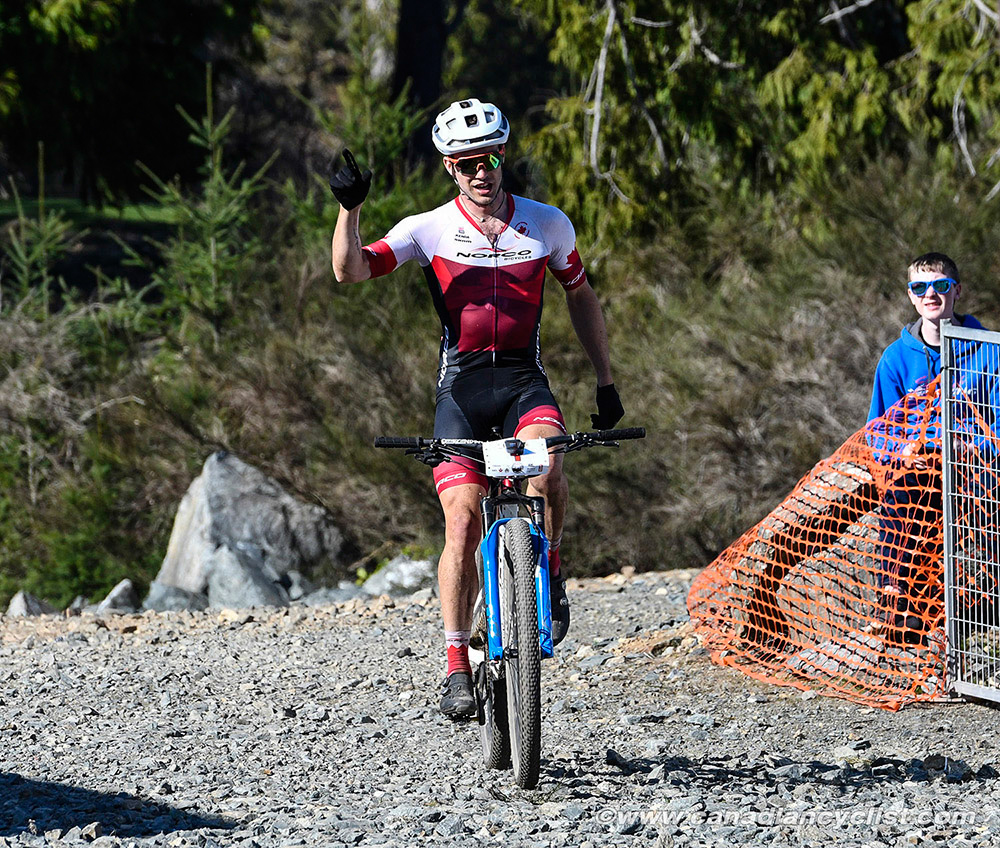 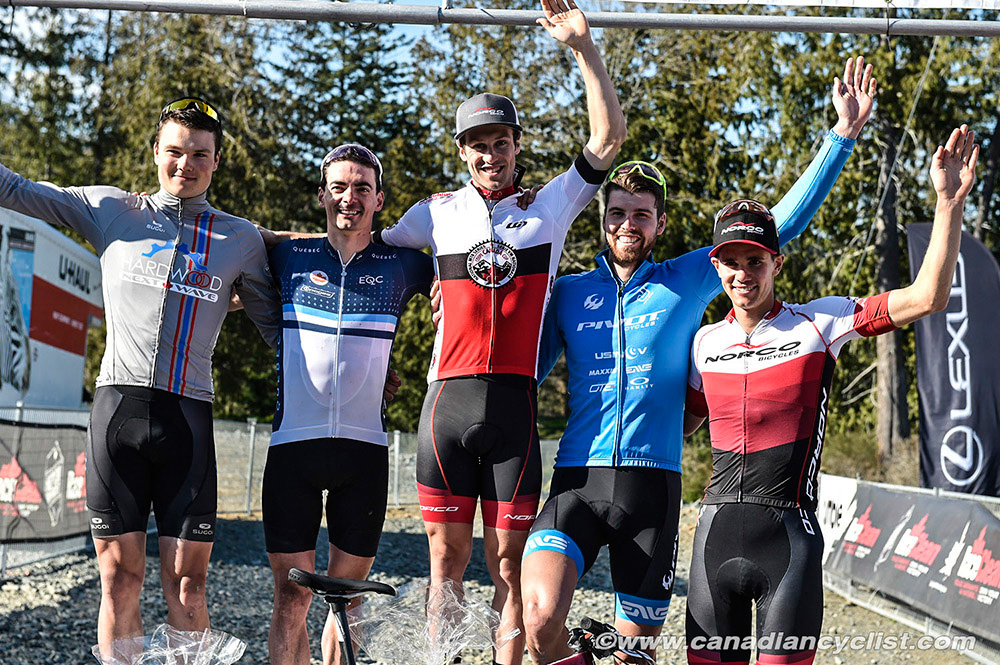 "It was an interesting race," said Disera.  "We've been here all week for a national team camp which was really positive.  The last couple of weeks of US Cups have been bunch racing, so I wanted to see if I could make it not that way.  So I attacked half way through the first lap and then just tried to keep growing the gap."

In the Junior categories, Emilly Johnston (Pendrel Racing) and Carter Woods (Rocky Mountain Factory) completely dominated their races to win.  Of note in the Junior women's race was the third place finish by national road team rider Magdeleine Vallieres Mill (Quebecor Stingray Siboire); Vallieres Mill was the only rider to stay with Johnston on the climb, but struggle a bit in the technical sections.  The Under-17 event also saw the race winners take control early in their races, with Nicole Bradbury (NCCH p/b MGCC) win the women's title and Erik Ashton (Trail Bicycles) take the men's. 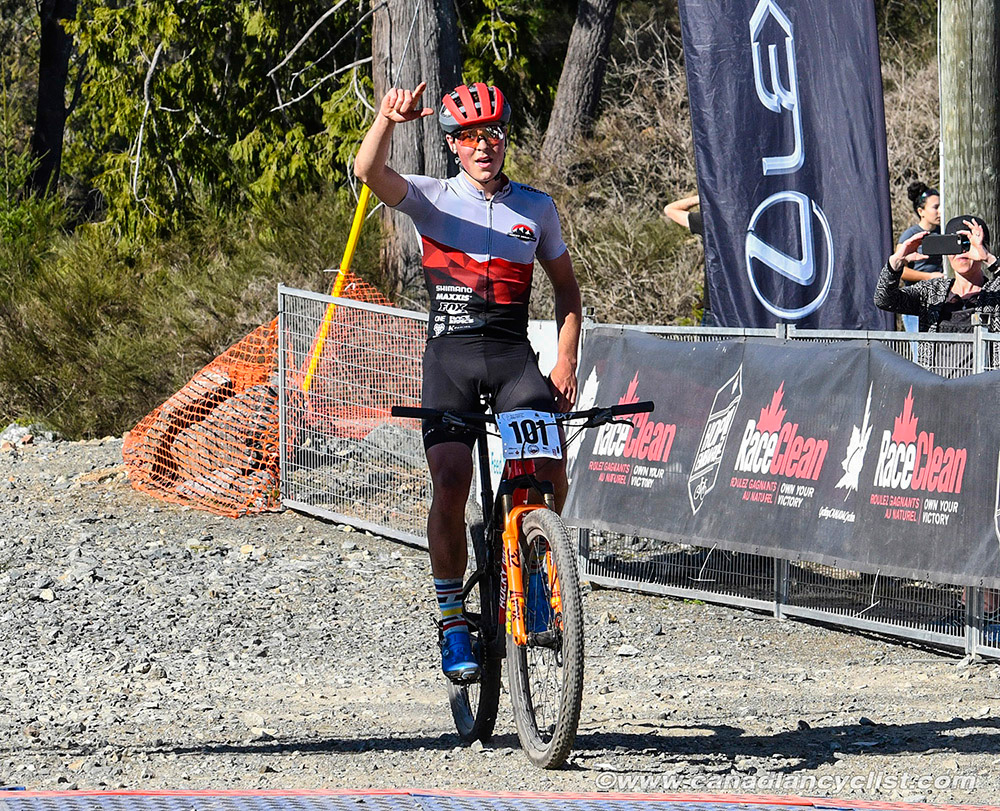 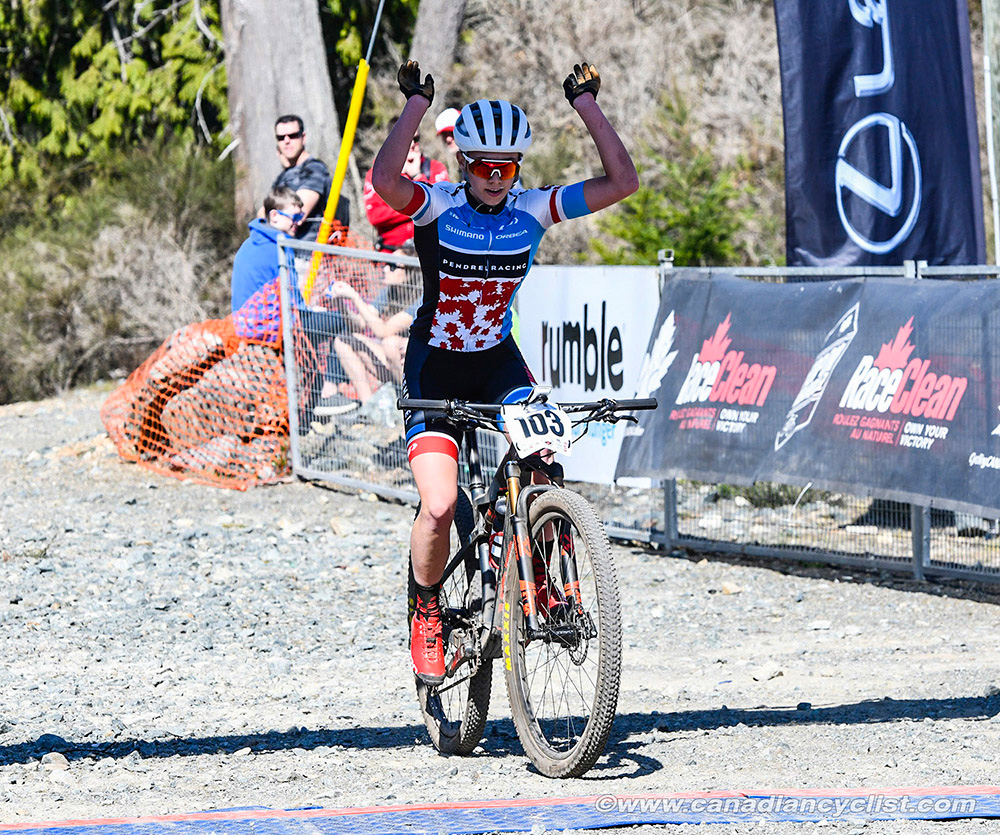 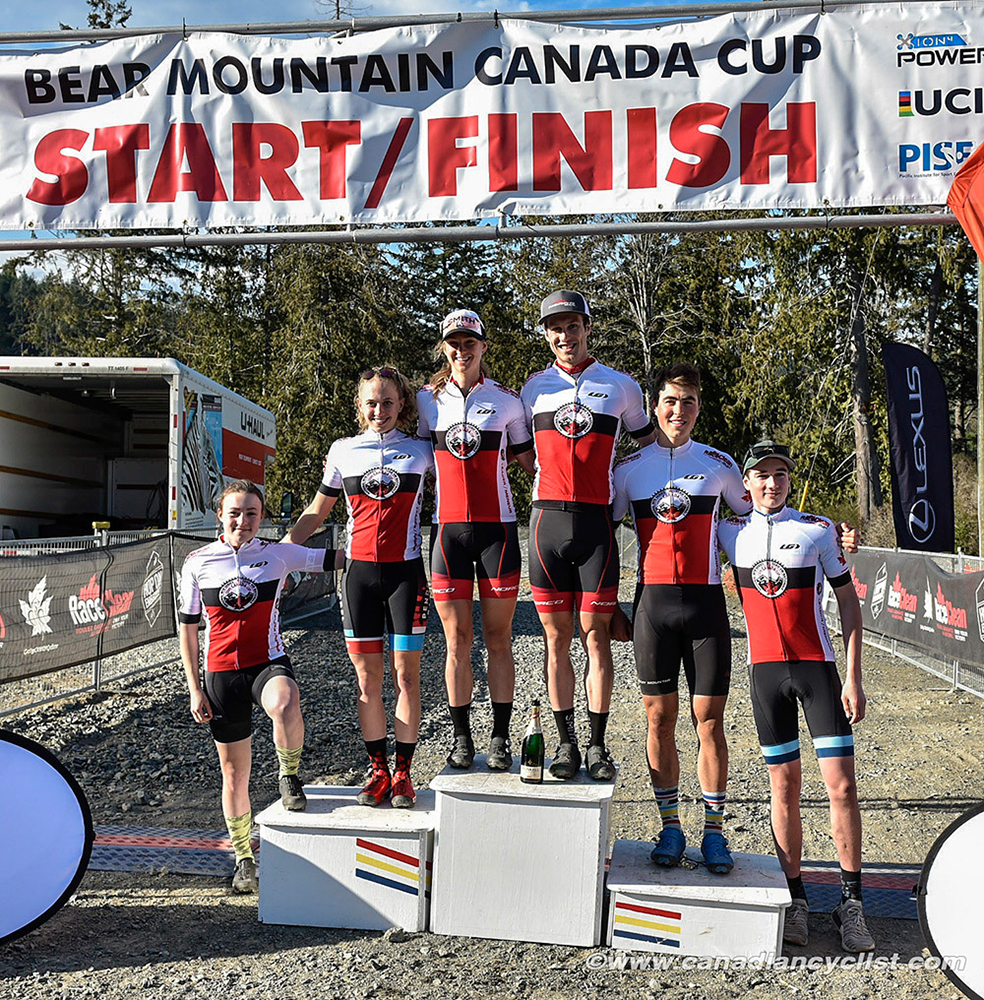