"Starting fourth row was a bit of a challenge today," said Pendrel.  "The rider in front of me was not ready to use the green light as a start rather than the traditional gun or whistle, so it was slow going from the start and an even slower walking pace in the single track, but luckily I could jump through groups and just snagged that second row call up for Sunday.  I felt strong and looking forward to the big show."

Peter Disera said, "First off, I was super stoked when I found out I made it into the short track.  I was ranked 44th before, and with some no-shows and four U23s ahead of me in the rankings I managed to make it in.  I knew I would inevitably be tail gunning for the first few laps, so I played the long game, followed wheels and waited for opportunities and people to tire out.  It worked, although on the last lap I ended up by myself.  Things went according to plan and I am happy with the result."

The short course races came down to sprint finishes for both the women and men.  A group of five sprinted for the women's win, with world champion Kate Courtney (Scott-SRAM) just holding off Jolanda Neff (Trek Factory Racing) at the line.  Kathrin Stirnemann (Thomus RN Swiss Bike) took third.  In the men's race, defending champion Mathieu van der Poel (Corendon Circus) worked his way back from a poor start to join the lead group of ten and launch an attack, which was brought back but split the lead group.  He then decisively took the win by over a bike length ahead of Lars Forster (Scott-SRAM) and world champion Nino Schurter (Scott-SRAM). 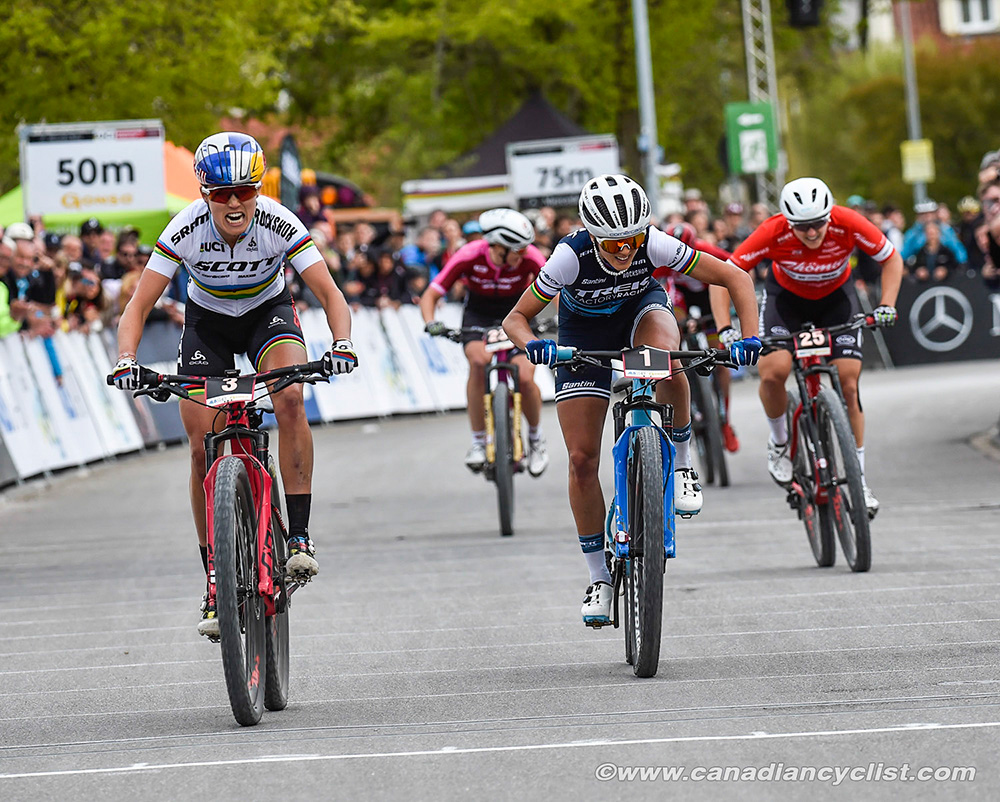 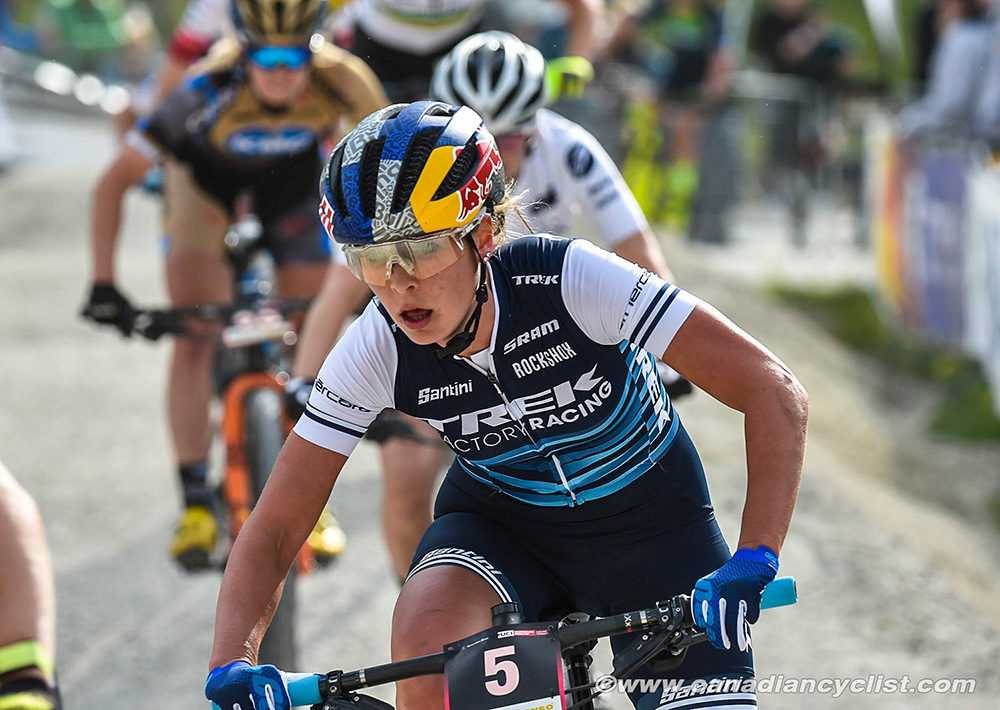 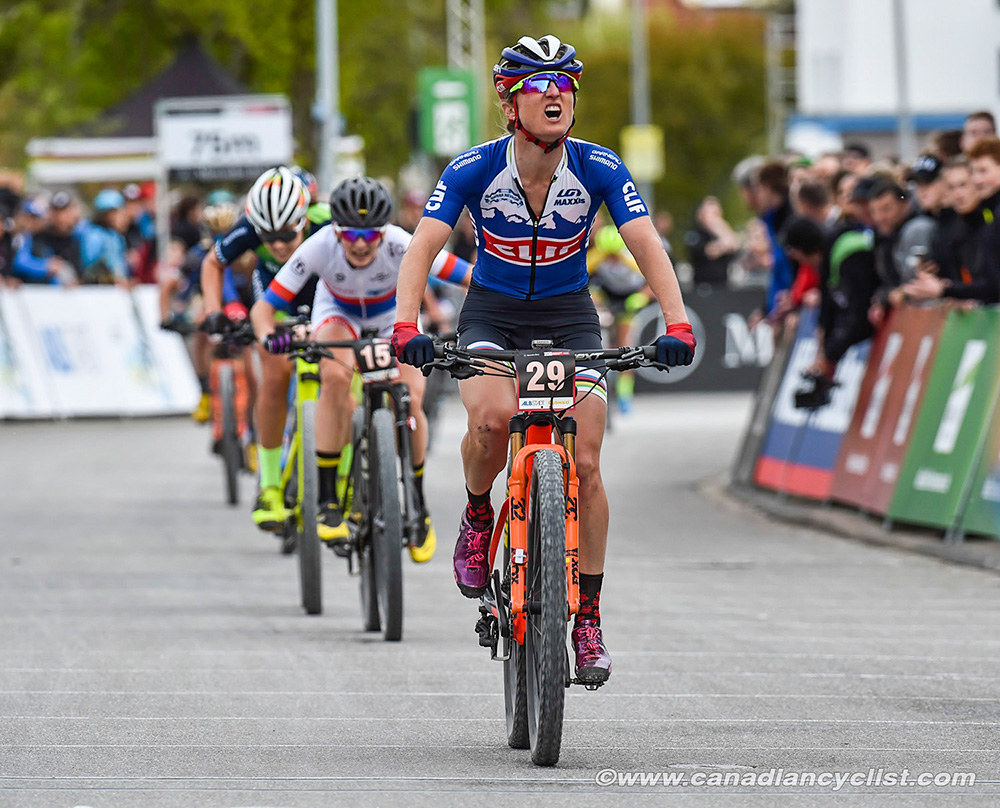 "My tactic was to keep it slow in the beginning and then in the last lap go all out," said Courtney.  "It was perfect; the last lap was really hard but that's normal for a Short Track race.  I'm really happy!"

"It was hard to come back from the mid bunch as the speed was so high," commented van der Poel.  "I didn't expect that the attack would stick - experience tells that one attack is not enough." 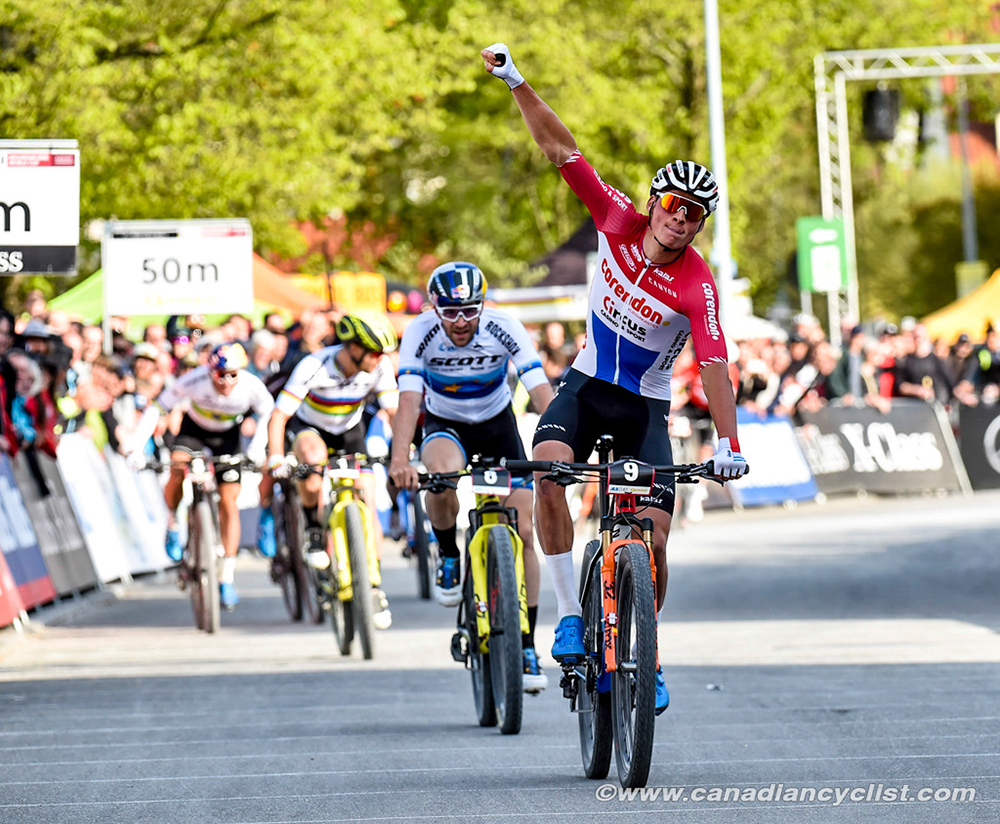 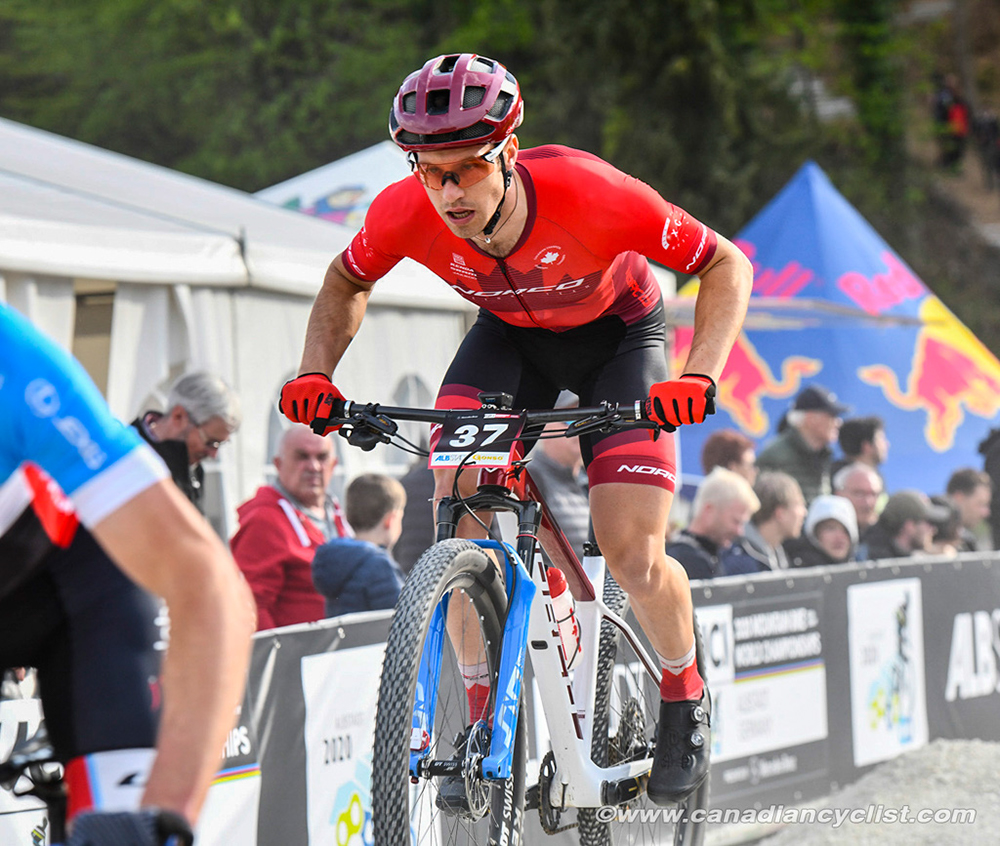