Canada's Finn Iles (Specialized) had the best World Cup result of his elite career on Sunday at Fort William, Scotland, finishing fourth in the Elite men's Downhill.  In the Junior men's competition, Canada also had a Canadian rider on the podium, with Patrick Laffey finishing third - one of four Canadians to finish in the top-10.  Iles moves up to seventh from 25th in the standings, with Mark Wallace (Canyon Factory) right behind in eighth place, after finishing 25th in Fort William. 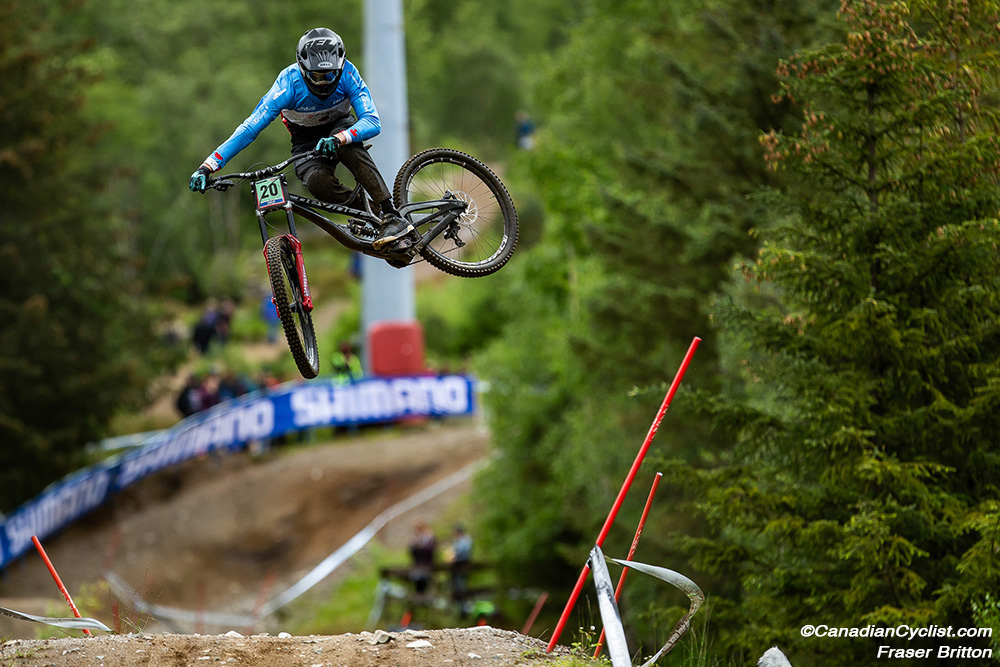 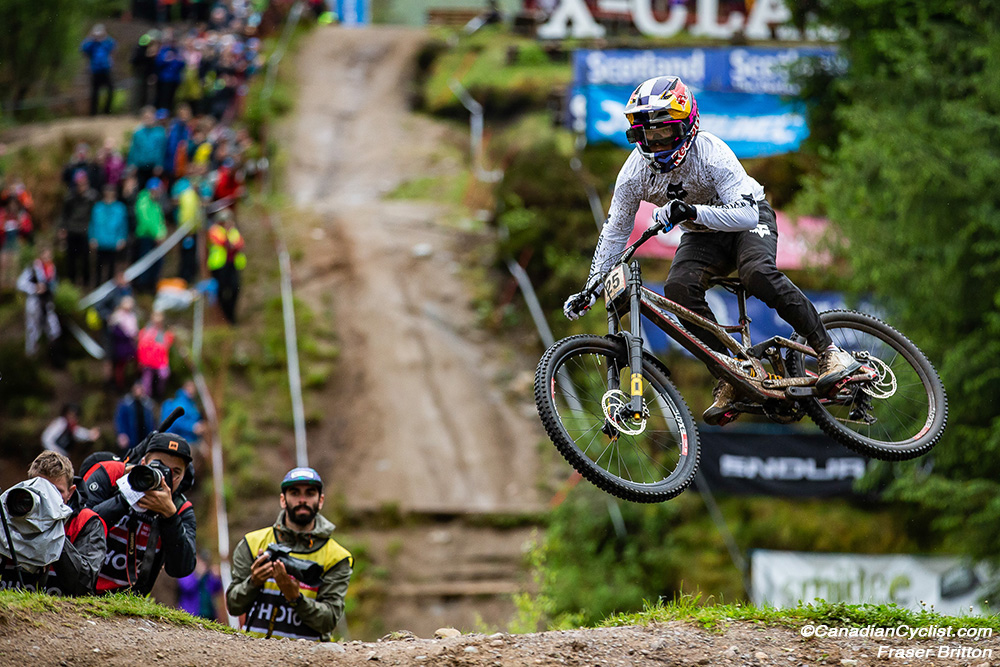 Brosnan now leads the standings with 350 points, followed by Pierron at 330.  Iles moves up to seventh from 25th in the standings, with Wallace right behind in eighth.  McDowall is 56th and Forrest Riesco - who did not qualify for the final in Fort William - is 63rd.  Ben Wallace is 71st and Fitzgerald is 72nd.

In the Junior men, Thibaut Daprela (Commencal/Vallnord) was the winner, ahead of Luke Mumford and Laffey.  Other Canadian results were Luke Cruz (SRAM TLD) in fifth, Elliot Jamieson (Norco Factory) in eighth, Seth Sherlock in tenth and Andrew Shandro (Trek Factory) in 16th.  Daprela leads the overall standings after two straight wins, with Cruz in third, Shandro dropping to fifth from second, Laffey seventh, Jamieson 12th and Sherlock 15th.