The Canadian Road Nationals concluded, appropriately, on Canada Day, with the Criterium.  While not a UCI-recognized championship, a championship jersey is awarded, and the competition is fierce.  Allison Beveridge (Rally UHC) won the Elite women's title, while Ryan Roth (X-Speed United) took the Elite men's.  Magdeliene Vallieres Mill (Equipe du Quebec) took her third title of the Championships for a clean sweep in Junior women, while Felix Robert (Equipe du Quebec) took the Junior men's. 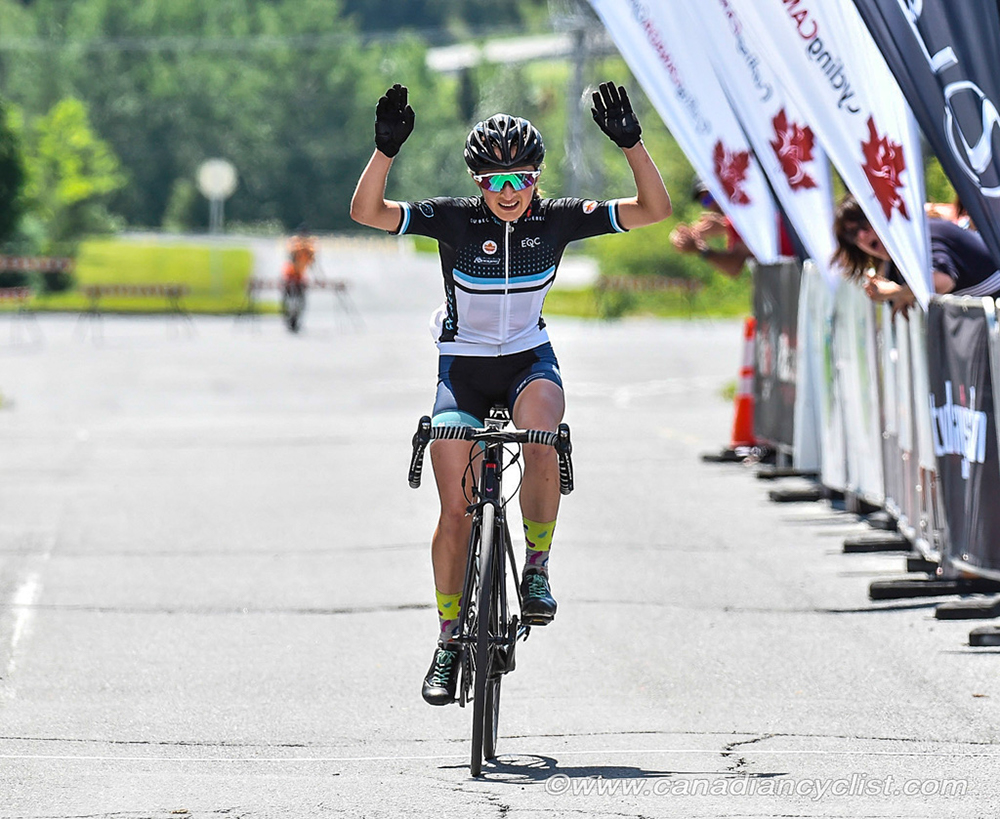 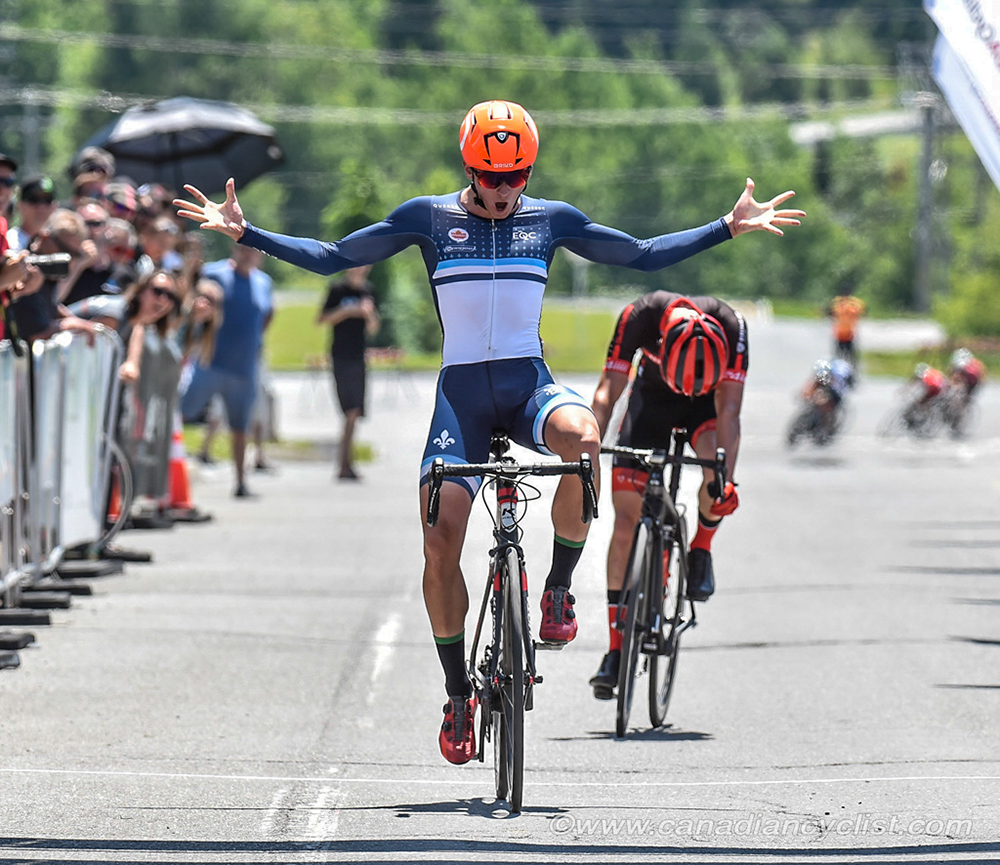 The 1.3 kilometre circuit was a four left turn rectangle, with the most prominent feature the final 200 metre climb to the finish line.

Rally had the numbers in the women's race, but the hill proved to be a great equalizer, with full two-thirds of the starters either lapped or abandoning.  Rally kept sending riders off, but they either couldn't manage to hold on, or were chased down.  Only seven riders were left to contest the sprint, with Beveridge just holding off Ariane Bonhomme (The Cyclery) and Marie-Soleil Blais (Astana).  Alison Jackson (Tibco SVB) and defending Crit champion Sara Bergen (Rally UHC) rounded out the top five. 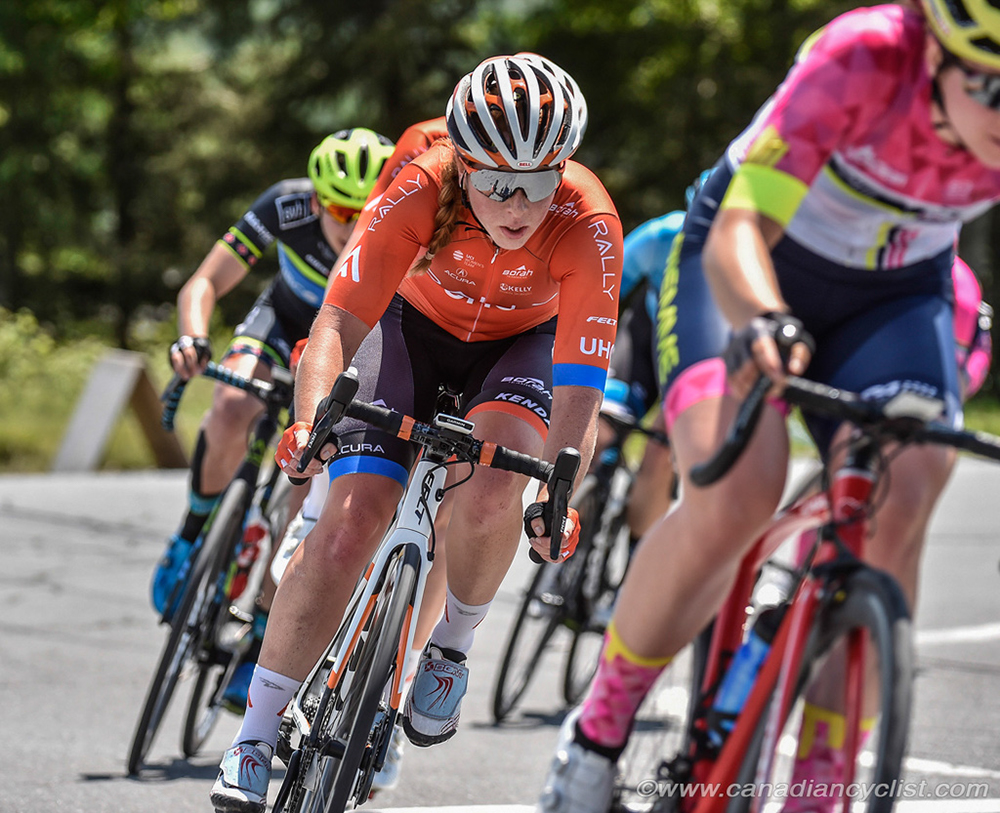 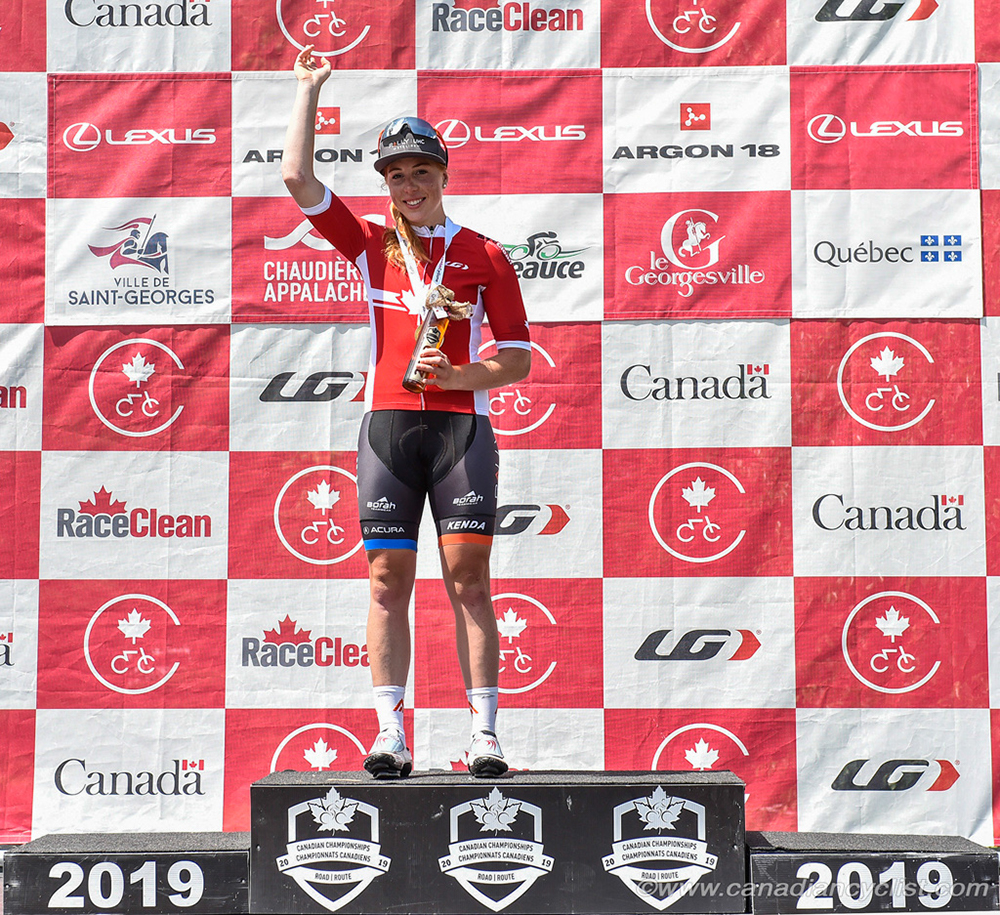 "It was definitely a hard race," said Beveridge.  "I was actually unsure of where I was going to be on the last lap with a couple of laps to go.  It was a day where you had to fight, but the team rode so well that I had to be there to give it a go at the end for them.  We knew that this course would do a lot of the work to make the race hard, so we just tried to be patient until there were some tired legs, and then just started using our numbers to send some girls off and put some of the stronger riders under pressure.  It was just a good, hard race."

Constant attacks in the opening laps of the men's race quickly whittled the field down, with only 25 of 119 starters finishing after 60 minutes (plus three laps) of racing.  Evan Burtnik (X-Speed United) and Robin Plamondon (Floyd's Pro Cycling) were the first to make a break stick at the halfway point in the race, and they were joined by Charles Etienne Chretien (Equipe du Quebec) and Derek Gee (Toronto Velodrome Club).  Finally, Roth, Pierre Andre Cote (Rally UHC) and Alex Cowan (Floyd's Pro Cycling) jumped across to make up the rest of the group. 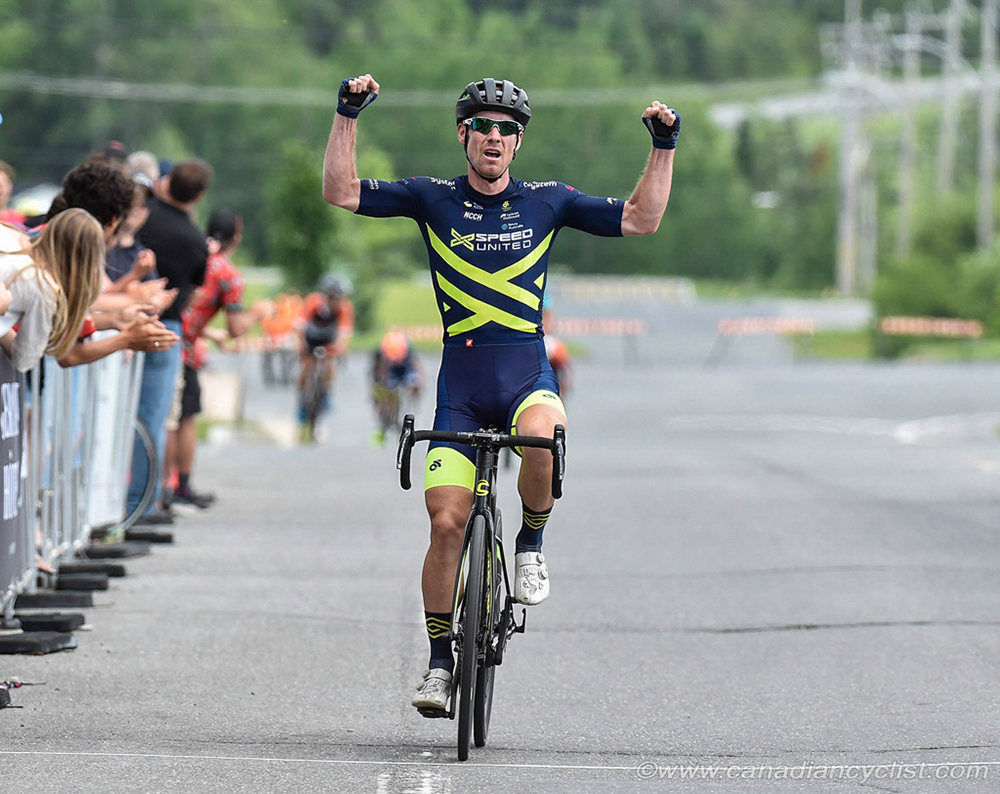 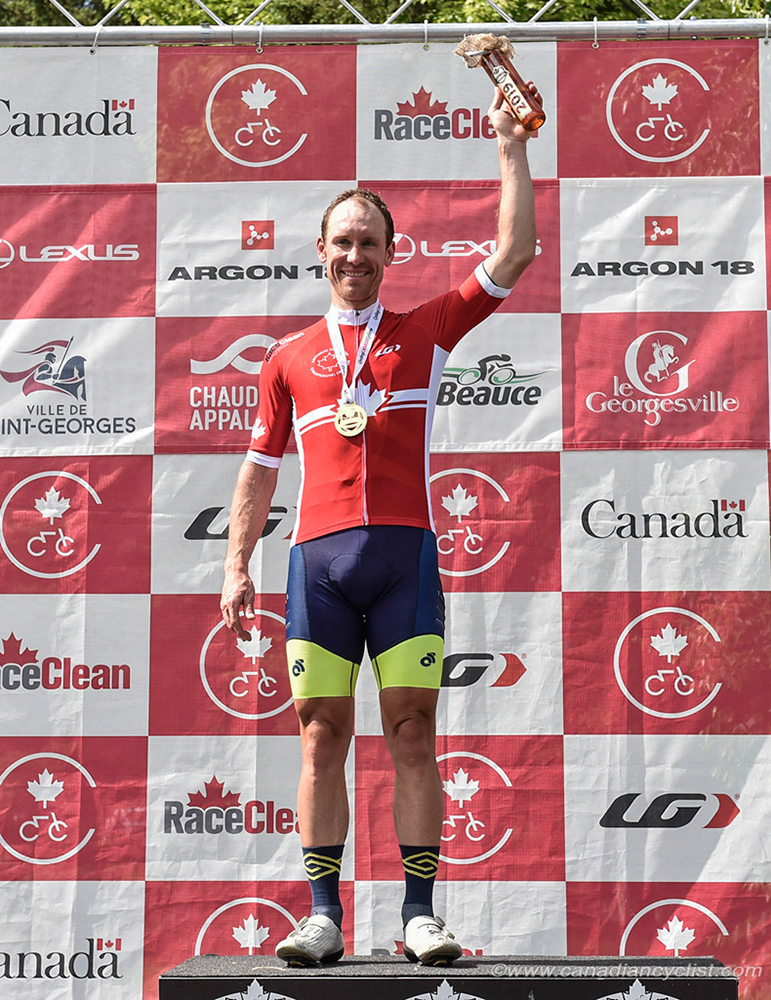 With the major teams represented, there was little incentive for the small remaining peloton to chase, and these seven riders became the race for the medals.  Roth bided his time in the last ten laps as others made break attempts, launching a powerful move with a lap to go, and hanging on to win the title for his new Continental team.  Plamondon got a slight gap on the others to win silver, with Cote taking the final podium spot.

"It's a really hard course," said Roth.  "About halfway in the front group started to get a bigger gap and become more dangerous.  So Alex Cowan, Pier Andre Cote and myself bridged and that became the breakaway.  We worked pretty well as a group to get a solid gap, but then we all started to play our cards for the win.  Pierre Andre is a really fast sprinter, so my whole idea was to put pressure on him.  After [Cote] put in a big dig, Derek [Gee] countered it and then everyone just sat up a tiny bit and I went from there."