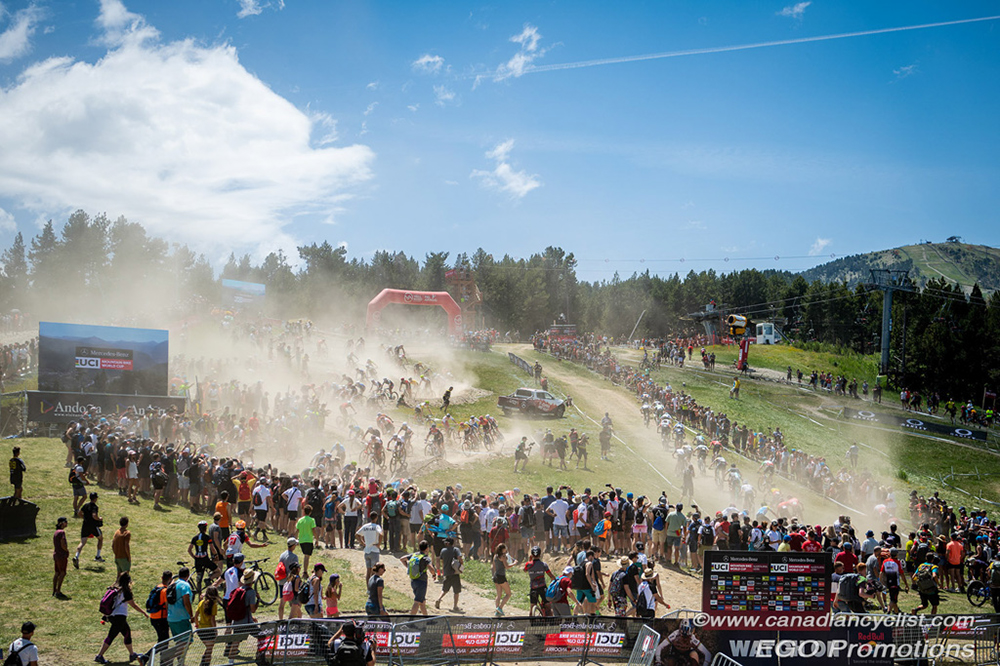 Brazil's Henrique Avancini (Cannondale Factory), winner of the Short Track on Friday evening, attacked out of the small lead group on the steep 'Wall' climb on the first lap, opening a gap.  Ondrej Cink (Kross Racing) took up the chase, joining Avancini on the second lap and then riding clear on the third lap.

Schurter was mired back in fourth after crashing on a descent, and had to work his way back to Avancini on Lap 4, joined by Round 1 winner Mathias Fluckiger (Thomus RN).  The trio were 37 seconds down on Cink at this point, who was riding strongly and looked to be in control, until a lap later, when the Czech rider abruptly slowed and was caught by the three chasers before pulling into the pit, tapping his chest and appearing to be in physical distress.

"I had a heart arrhythmia; my computer said I had a 230 [beats per minute] heart rate.  I don't know what happened, but I stopped in the feedzone and tried to breath, and after one minute my heart rate was back down and I decided to continue."  Cink dropped to the low 20s, but eventually recovered to finish tenth. 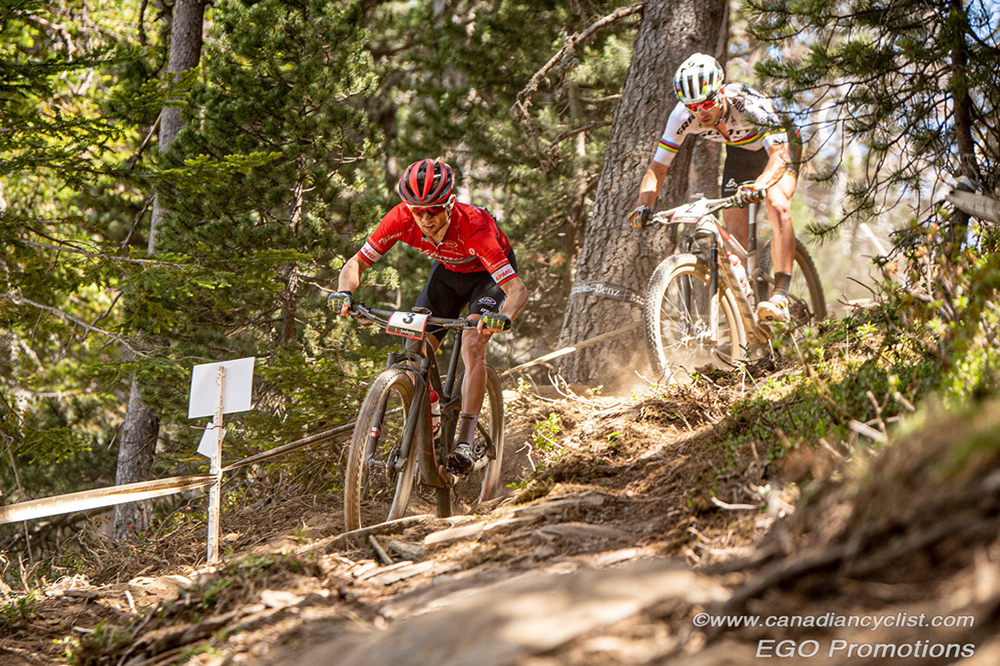 At the front, Schurter, Fluckiger and Avancini were riding together, with the Swiss riders starting to launch attacks as they began the final two laps.  Avancini couldn't respond to the sudden accelerations, but clawed his way back each time until the last lap, when Schurter attacked and only Fluckiger could respond.  The two Swiss riders continued to test each other, until Schurter attacked again with 300 metres to go, opening a few metres on his rival to win by two seconds, with Avancini taking third. 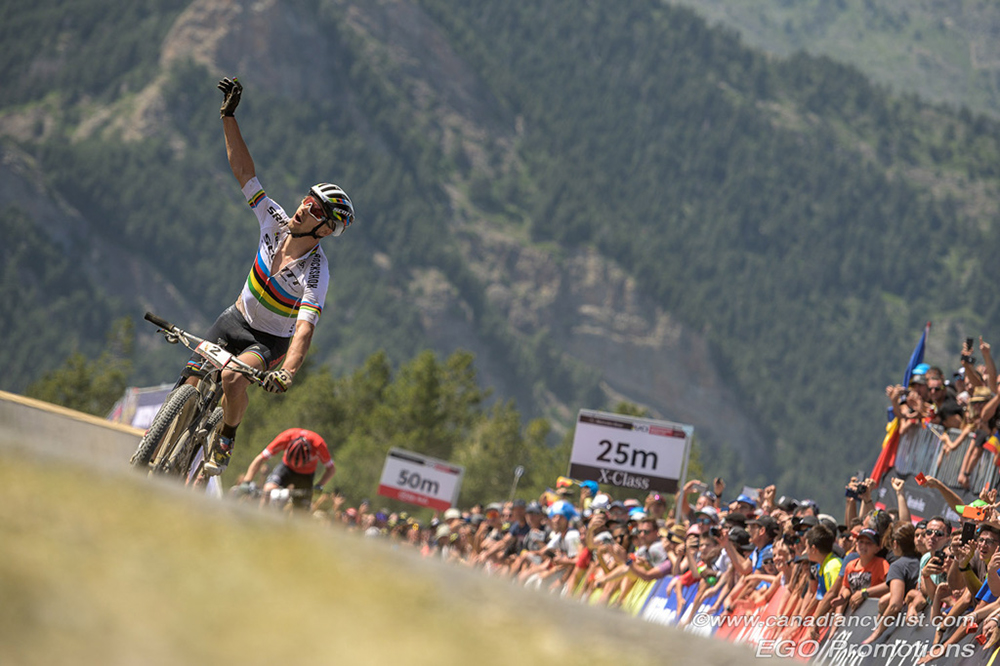 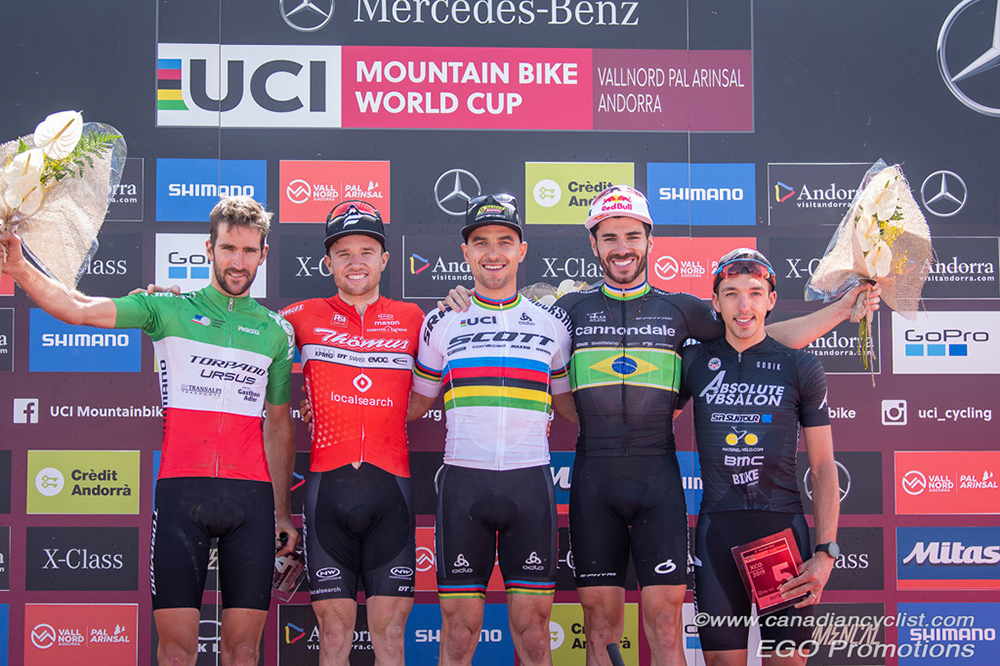 In the absence of van der Poel, Schurter moves into the Series lead with 835 points, followed by Fluckiger at 755 and van der Poel at 700.

"It was a super tough one," said Schurter.  "I had a stupid mistake on the first descent, I crashed and then it took me a while to get into my rhythm again.  I think this is the hardest to race, at the high altitude, you are always suffering.  I attacked as hard as I could [at the start of the last lap], but I could see he [Fluckiger] was still with me, so I knew it was going to be a hard one to win.  I was trying again and it worked out, but it was very hard."

Disera began the race in 18th place and maintained his position for the first three laps before starting to move up - to 15th in lap 4 and then challenging within a small group for the top-10.  Going into the final lap, he was tenth, and was just nipped by Cink, by two seconds from tenth, finishing 1:33 behind the winner.

"Man, what a day," said Disera.  "My goal for the day was to have a good start; I needed to get in a spot where I wasn't going to lose too much time to the lead.  I got that, I think top 20ish, which was perfect as there wasn't much traffic on the first downhill." 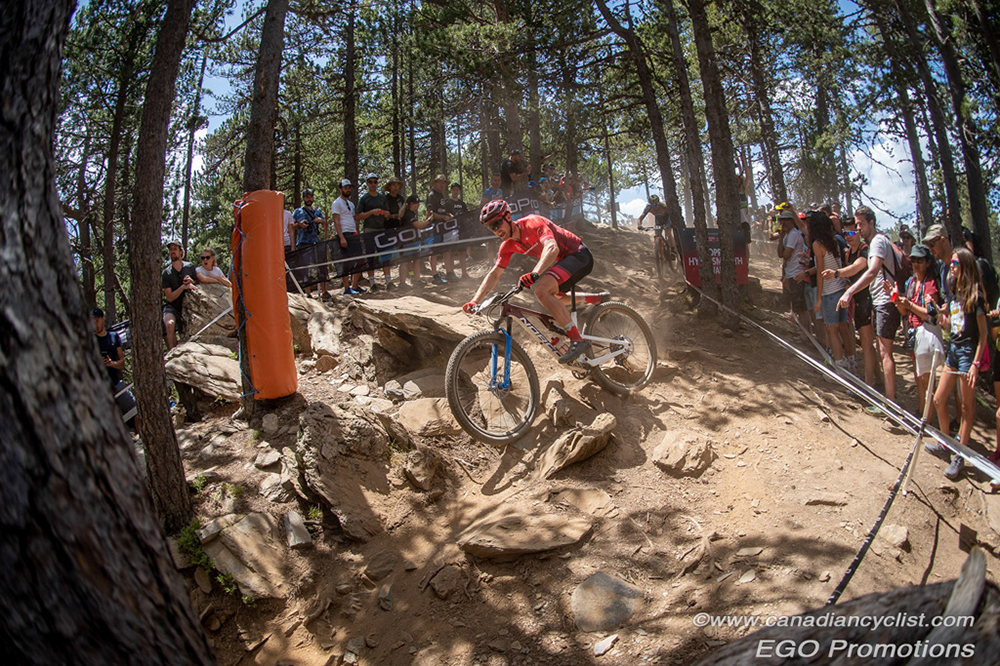 "I kept my cool and rode my pace.  Didn't see the need to punch it as the gaps weren't massive.  Midway through, a major group was in my grasp and I worked my way through them.  I managed to crack the top-10 for a lap and thought I would be able to hold onto it, but the Elites are good at charging that last lap and I was crumbling a little."

"The altitude was good for me; I didn't really notice it aside from increased respiratory rate.  The course was very dry and blown out and the dust was crazy.  I felt good on the DHs and was riding smooth and efficient to maximize recovery.  It was a good day all around."

Disera moves up three spots to 15th in the overall standings, while Bouchard is up to 51st from 59th.