Canadian men's Under-23 champion Sean Fincham (Norco Factory) had his best ride yet at this season's World Cup, finishing fourth on Sunday at the third round in Vallnord, Andorra.  Myatt Mackenzie (Team Canada) was the top Canadian in the women's race, in 20th place. 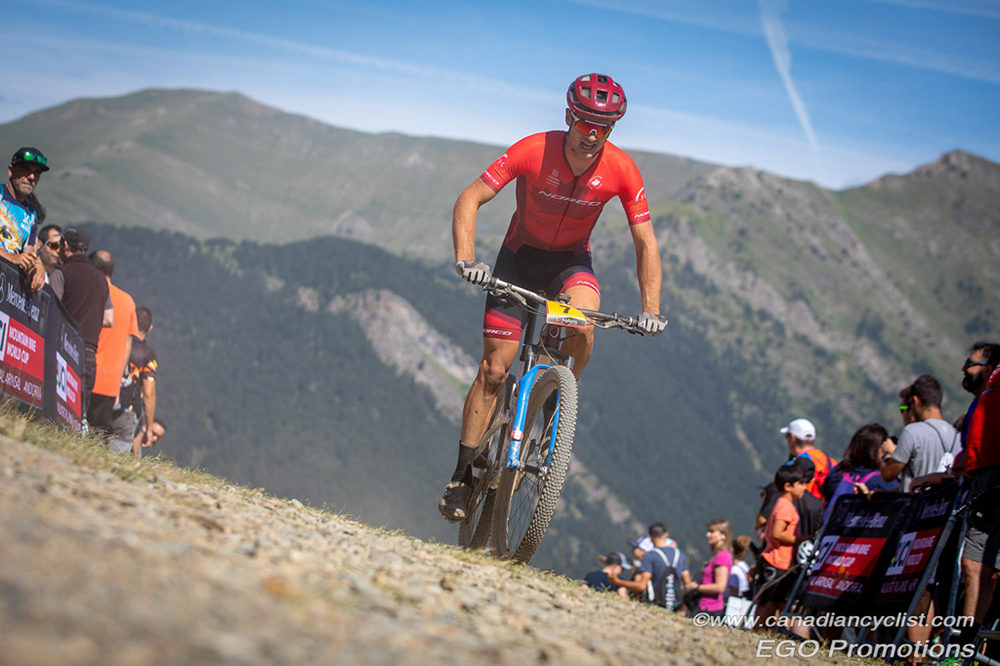 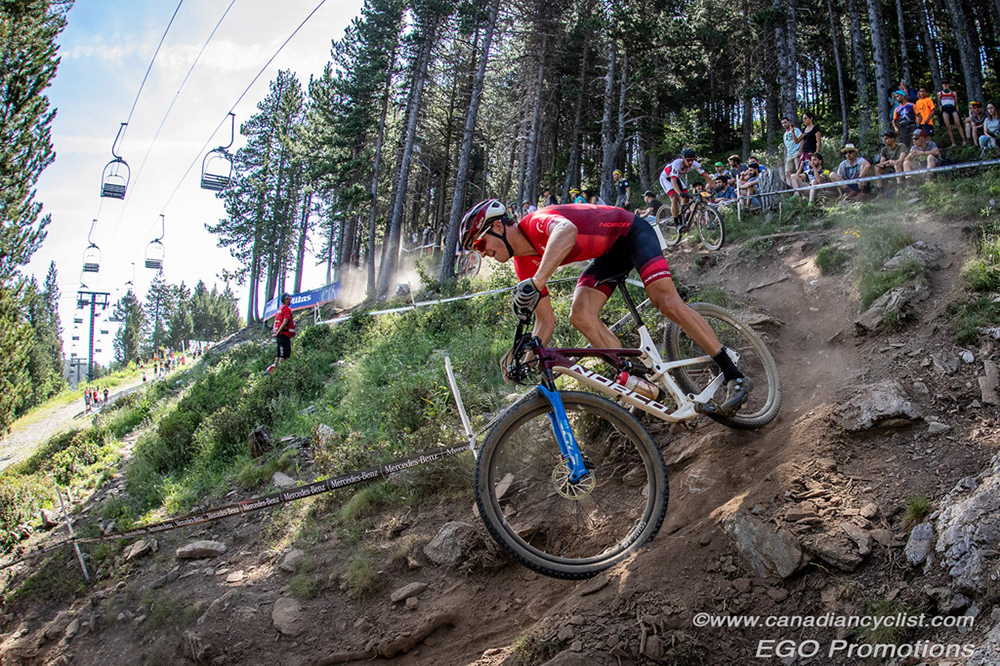 Fincham was part of a group of four riders who stayed together for the first half of the race; the others were:  Vlad Dascalu (Brujula Team), Jofre Cullell (Megamo Factory) and Filippo Colombo (BMC).  Fincham was gapped slightly on the fourth lap of the six lap race, falling back further over the final two laps, to finish 1:44 down on winner Dascalu.

"It was a solid day for me on the challenging Andorra track," said Fincham.  "I was pushing the pace in the first half of the race and got away with three other riders.  We rode together for most of the race until an attack went with two to go that I couldn't respond to.  It was hard to watch the podium slip away, but I'll give it another shot next weekend.  Thanks to the people that helped me achieve this result."

Other Canadian results for the men were Raphael Auclair (Pivot Cycles-OTE) in 24th and Quinton Disera (Norco Factory) in 36th.  In the overall standings, Dascalu remains in the lead, with Fincham jumping from seventh to fourth.  Disera is 29th and Auclair 36th.