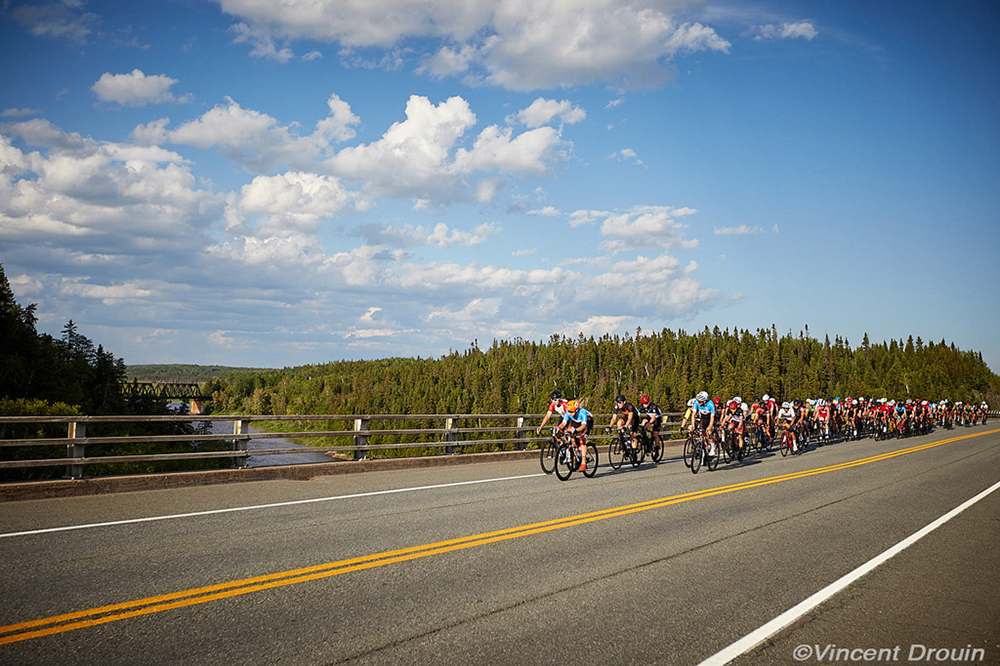 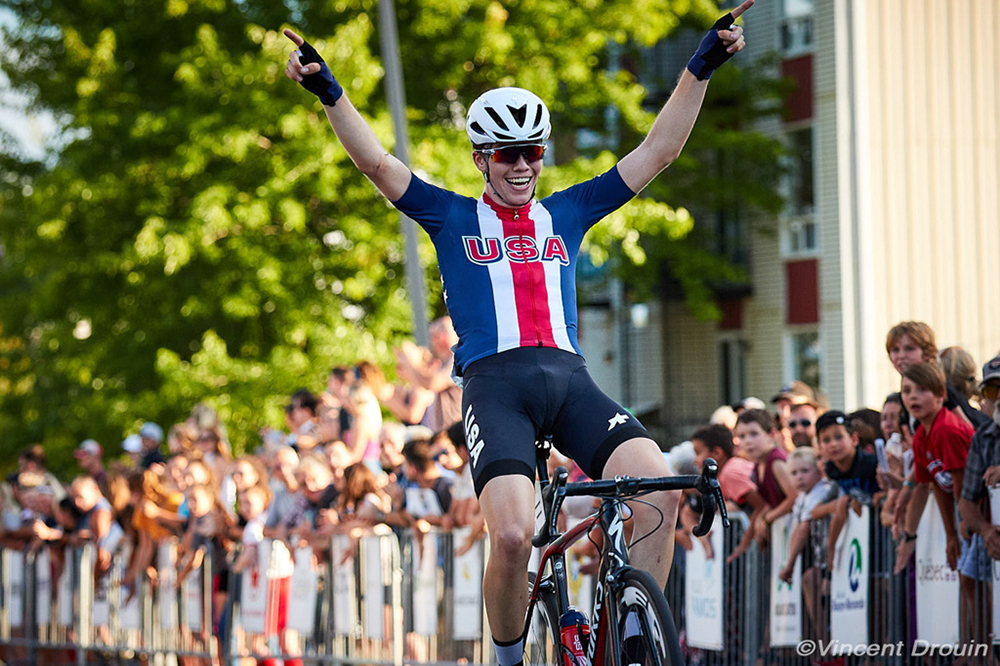 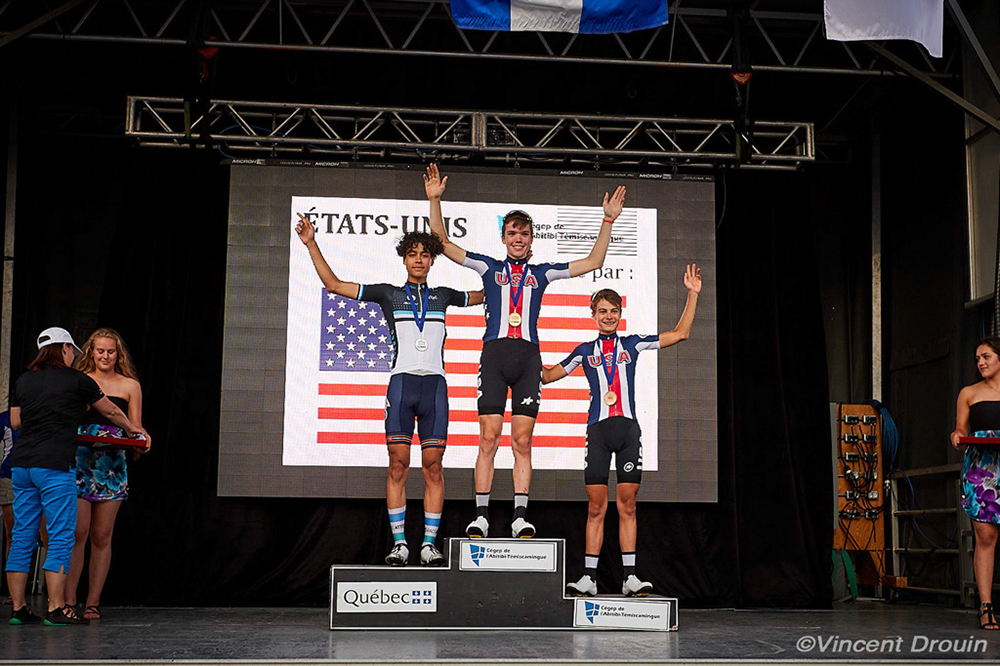 A group of 14 riders broke clear of the main peloton, and then six riders got away from the lead group within five kilometres of the finishing circuit.  From this group, Garrison and Lukas Carreau (Equipe du Quebec) attacked, quickly opening a 14 second gap as they entered the 3.7 kilometre finishing circuit.  Matthew Riccitello (Team USA) bridged up to join the two leaders on the second lap, just as Garrison attacked.

Carreau dropped Riccitello in the chase, but could not catch Garrison, finishing four seconds back, with Riccitello two seconds further back.  The rest of the chase group came in over one minute down, with Nicolas Rivard (Desjardins Ford) in fifth, Daniel Nordemann-Da Silva (Team Ontario) sixth and  Jacob Rubuliak (Team Canada) eighth.