"We are encouraged that, without exception, all our businesses have produced top-line growth," commented Dorel President & CEO, Martin Schwartz. "U.S. tariffs imposed on China-sourced goods and its impact on retail price points have created uncertainty on customers' buying decisions as well as on supply chain and inventory planning processes. The chaotic market conditions have resulted in margin pressure, particularly at Dorel Home and in the mass channel at Dorel Sports. Despite this, Dorel Home has done an exceptional job of growing its top line and is now focused on inventory and margin improvement. New product launches at Dorel Sports have delivered excellent results and we remain encouraged going forward, particularly with the on-going success at Cycling Sports Group (CSG). Dorel Juvenile was ahead of last year and there has been progress in Europe, however work is continuing to drive down costs and return the segment to the proper level of profitability." 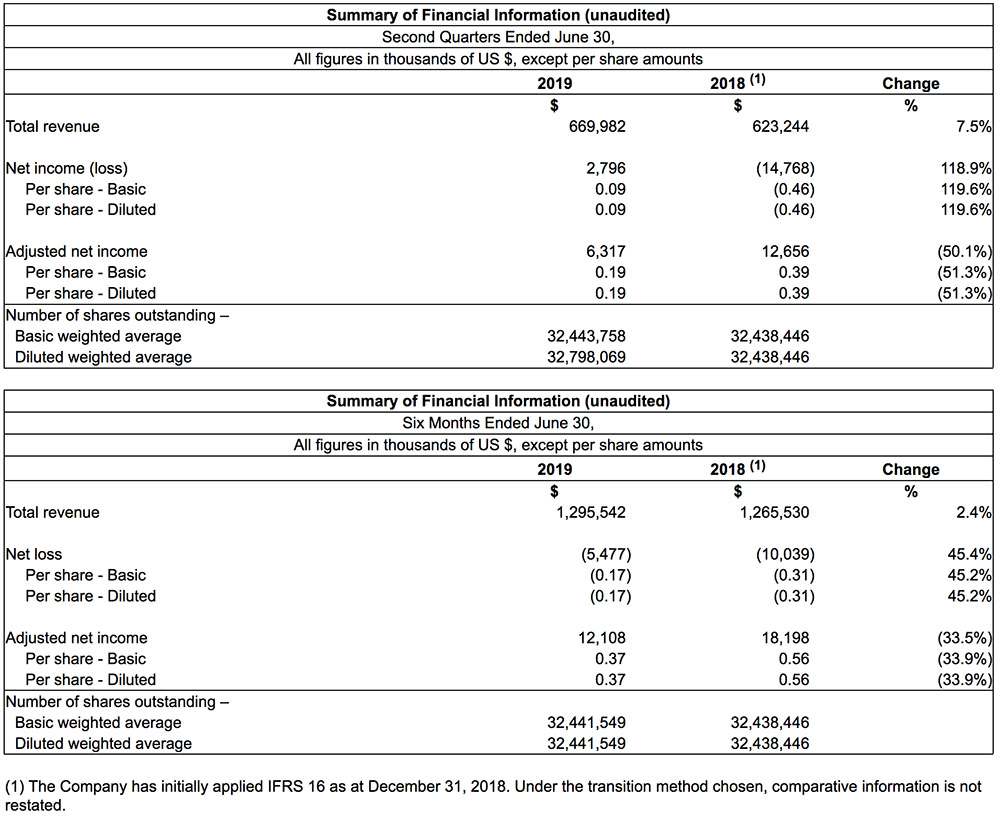 CSG posted high single-digit organic growth, with continued success in Europe, driven by the e-bike category including the new Tesoro Neo X and Synapse Neo. The U.S. independent bike dealers (IBD) channel saw solid growth thanks to Cannondale launches such as the Treadwell, Topstone and EVO.  Introductions of the model year 2020 line-up were earlier than prior years and have received exceptional reviews from both the bicycle media and riders.

Caloi was solid with low double-digit organic growth on the back of success in sales to Brazil's bike sharing program and a better mix due to Cannondale's growth.  Pacific Cycle reversed the first quarter sales decline with double-digit revenue growth due to a strong sales recovery at retail, both at brick and mortar and on-line. 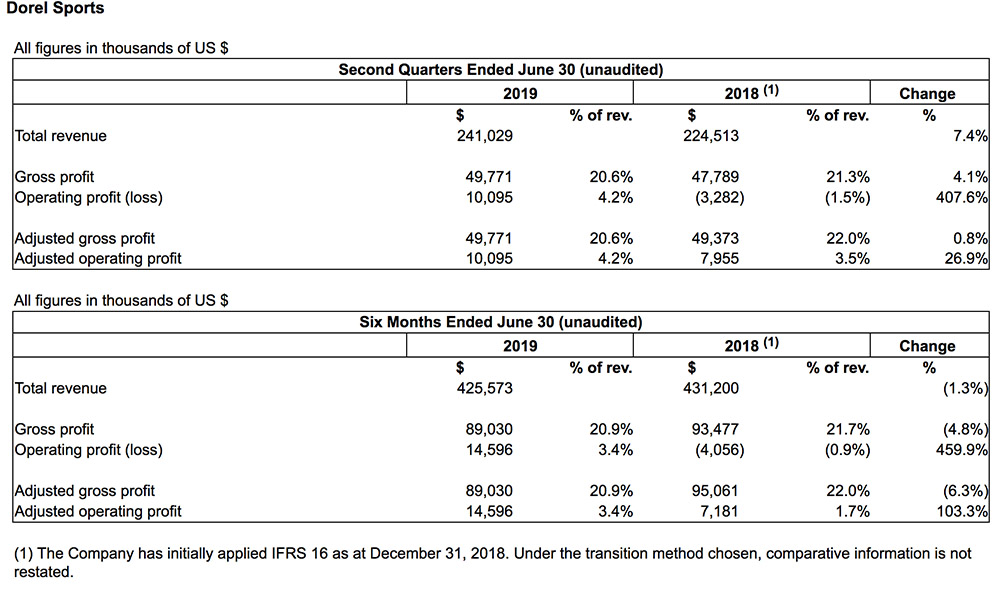 "The organic revenue growth in the first half of the year is expected to continue into the second half, with year-over-year increases in all three of our segments," commented Dorel President & CEO, Martin Schwartz. "Dorel Sports, led by strong revenue and earnings at CSG, is expected to deliver further sales and adjusted operating profit growth for the segment in the second half. Inventory management will be a key focus through the balance of the year with a targeted reduction of at least US$50 million by year-end."

"The most significant risk going forward remains the impact of U.S. tariffs on certain Chinese made goods. This could have an impact on consumer demand, our retail customers' purchasing behaviour and the economy overall. A strengthening US dollar also remains a risk for Dorel Juvenile and Dorel Sports. We are diligently managing these issues."