ASO, organizers of the Tour de France have released the route for next year, the 107th edition of the biggest stage race in the world.  It will be one of the most unique routes in the history of the Tour, with all but the final two stages in the southern half of France, as well as including every one of the five mountain ranges in France.  The race runs June 27th to July 19th - earlier than usual to accommodate the Olympics.

ASO also announced that the one day women's race, La Course by Le Tour de France, will return to its first venue, the Champs-Elysees circuit in Paris, for its seventh edition.  The women will do 13 laps, for a total of 90 kilometres.  Dutch rider Marianne Vos won the first edition in 2014, with Canada's Leah Kirchmann finishing second.

Unlike the recent format of an opening week of sprint stages, riders will face mountains beginning on the second day of racing, with the only time trial on the second to last stage, a 36 kilometre effort that ends with a six kilometre climb up La Planche des Belles Filles.

According to race director Christian Prudhomme, the reason for the changes is partially due to 'zapping'; the increasing tendency for TV viewers (particularly younger ones) to leave the race if nothing interesting is happening - such as during the long, flat stages when breaks get enormous leads, only to be reeled in, in the final kilometres.  The idea is that constant climbs and descents will force more aggressive racing, keeping viewers interested. 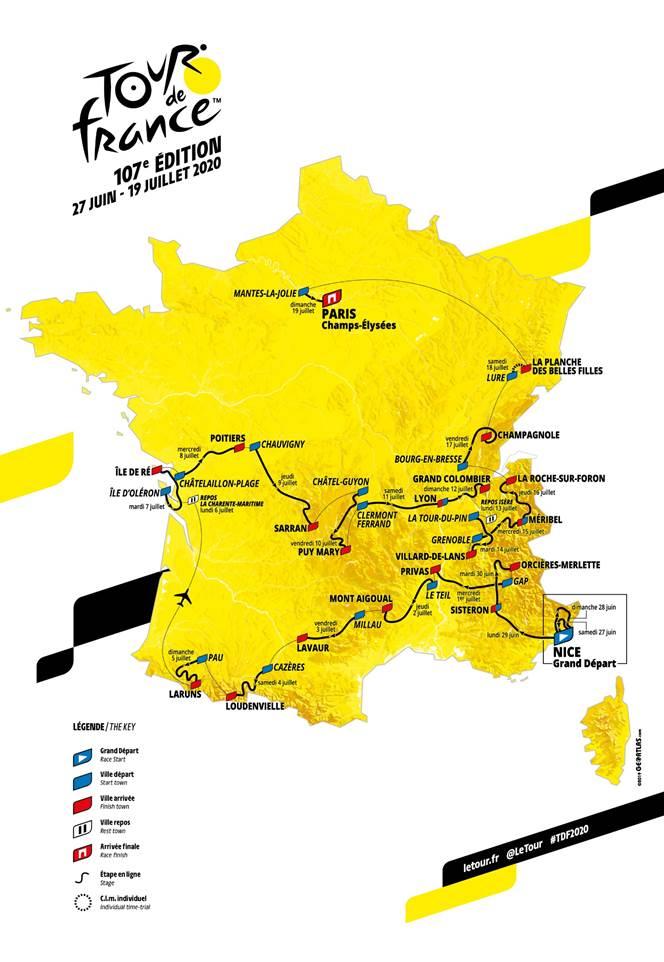