Team Canada had a strong start to the final round of Track World Cup On Thursday at their home track in Milton, Ontario, the Mattamy National Cycling Centre.  In Team Pursuit qualifying, the women's squad finished second, while the men were fourth. Both move on to the next round of competition on Friday, with the chance to make it into the medal rounds.

Canada's elite squads are in preparation for the world championships, so this event offered the opportunity for NextGen athletes to compete at the World Cup level.  The women's squad of Devaney Collier, Erin Attwell, Miriam Brouwer and Kinley Gibson finished second to former world champions the United States, with a time of four minutes and 23.252 seconds, three seconds faster than their previous best, according to NextGen coach Jenny Trew.  The Canadians will face the third placed French squad on Friday morning, with the winner moving on to the gold medal race. 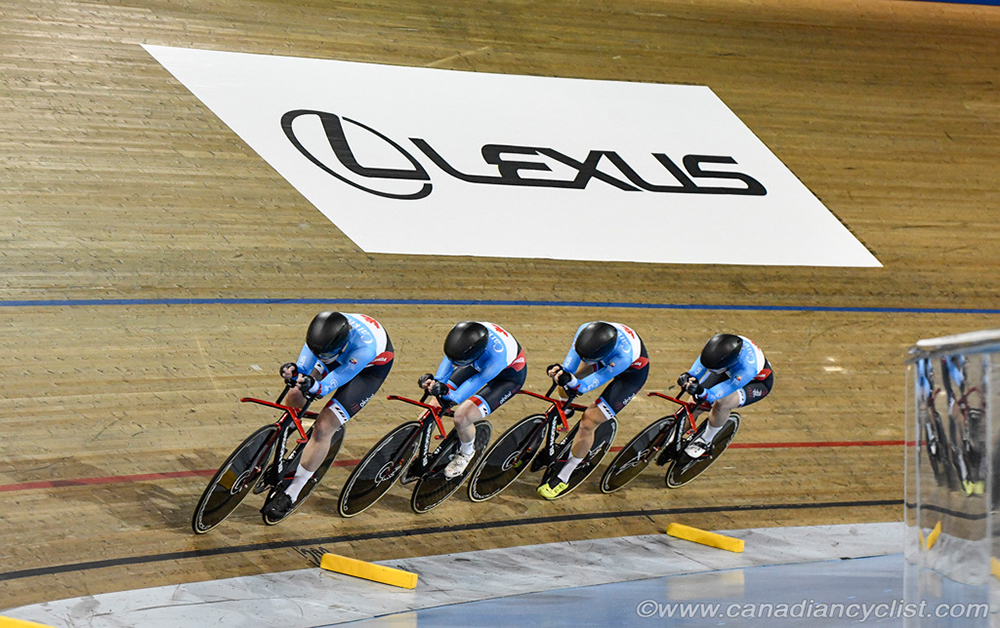 "It was the ride that we knew we could do," said Trew.  "It was pretty awesome to watch the women go out and execute.  They went in with a ton of confidence and it was everything I hoped it would be.  A 4:23.2 is about three and a half seconds better then they've gone before."

The Canadian men's team struggled a bit more in their ride.  After a strong start that had them in second three-quarters of the way through the 4000 metre race, the team faded in the final kilometre to finish fourth with a time of four minutes and 5.990 seconds.  Unfortunately, they will face the top-ranked French squad in the next round, but are still in medal contention. 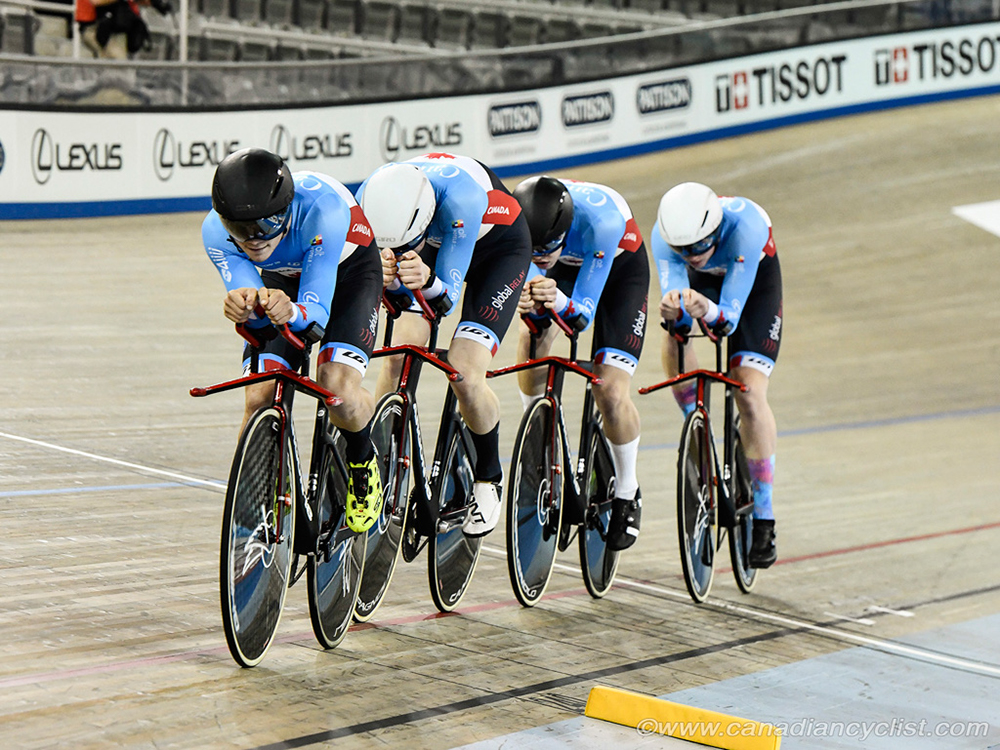 "It wasn't the ideal ride that we were looking for," said Chris Ernst, a member of the squad.  "We were hoping to go around four [minutes] flat [which would have put them in second] ... it is what it is, though, and we'll bounce back tomorrow and go from there.