Canada had another strong day on Friday at the Track World Championships in Berlin, Germany, with two fourth place finishes.  Kelsey Mitchell was fourth in the women's sprint and Vincent de Haitre was fourth in the men's 1000 metre time trial.  In the men's Points Race, Michael Foley finished 20th. 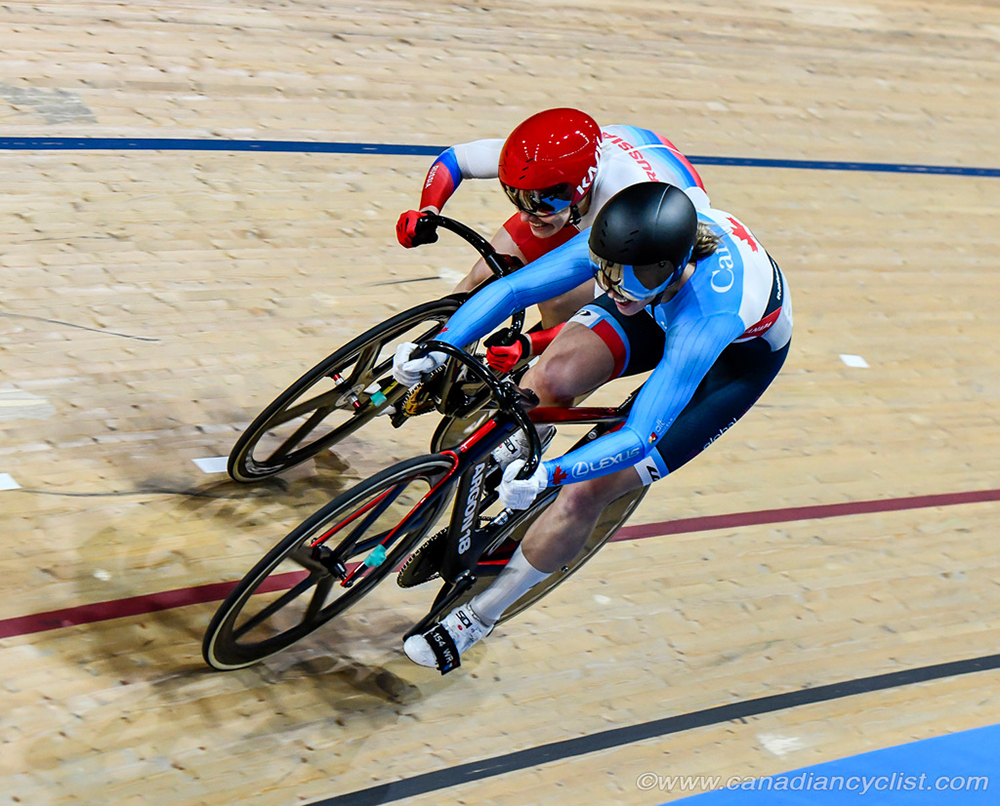 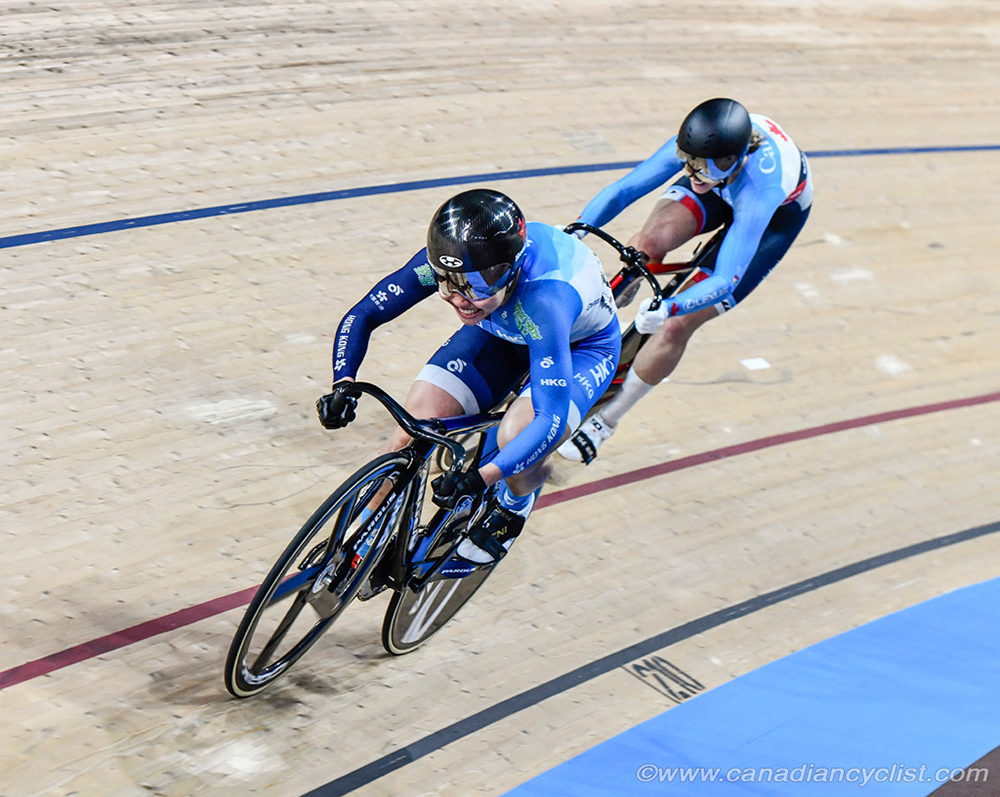 "Fourth place at my first Worlds in the Olympic year ... I'm obviously happy to make it to the finals," said Mitchell, "but fourth sucks.  There's no way around it; watching the other three get a medal was hard.  Getting those extra races in to learn from I'm going to use over the next five months leading to Tokyo.  I'm racing some of the best and learning every single time." 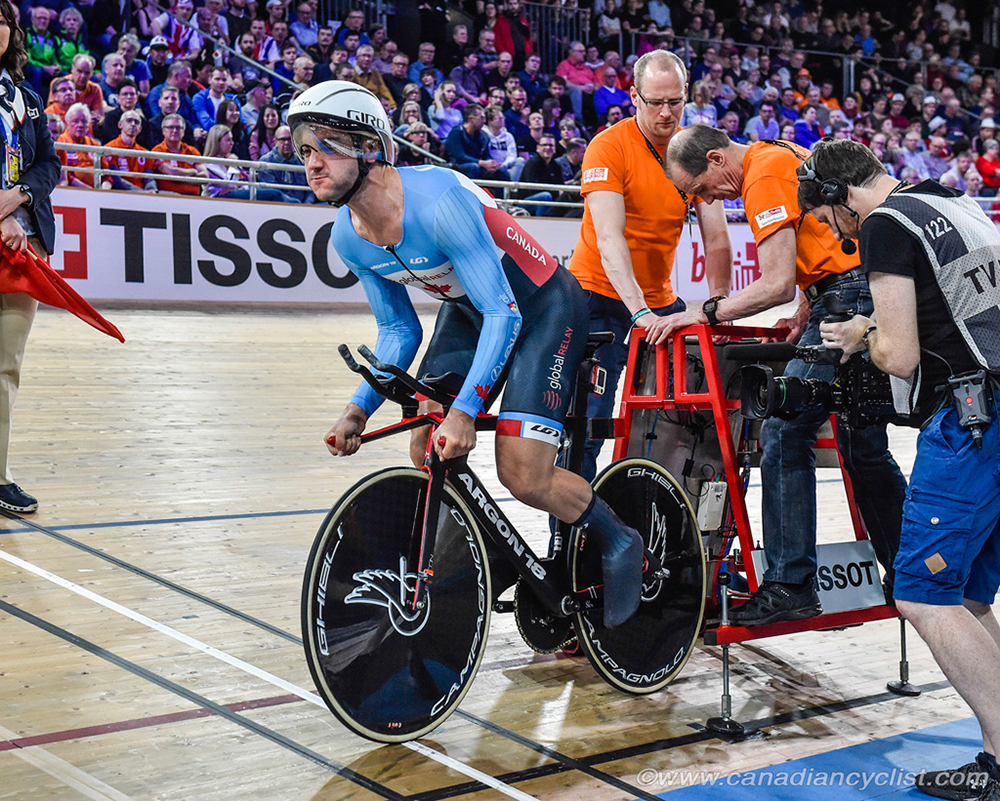 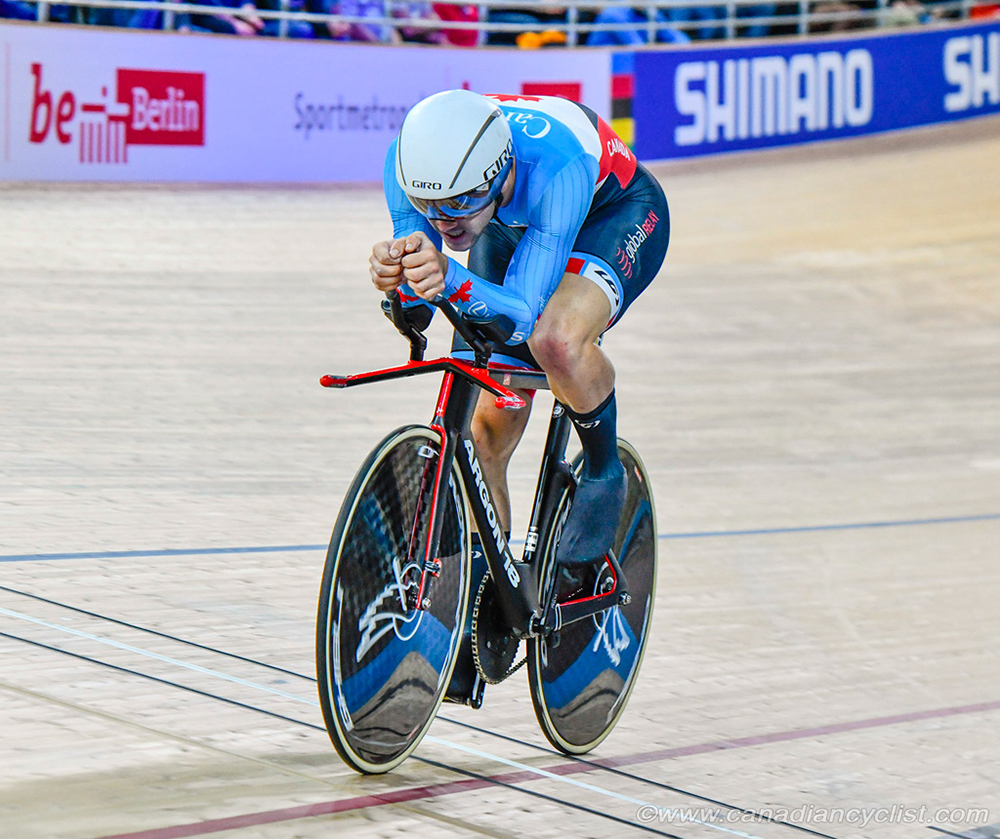 In the classic Kilo event, de Haitre set a sea level personal best time of one minute and 0.018 seconds to qualify fourth, and finished in the same position in the final round, a mere 0.016 seconds out of the bronze medal spot.

"The Kilo is one of those iconic events," said de Haitre.  "When I started cycling the Kilo was one of the events I enjoyed the most - it reminds me of [speed] skating.  I've been training mostly for Team Pursuit for the last two years, so I'm glad I had a chance to do this.  It was a nice frosting on the cake."

Beveridge Out of Omnium After Crash