For the first time in 30 years, there will be no international mountain bike event at Mont-Ste-Anne, Quebec. Gestev, organizer of the World Cup scheduled for August 21-23, announced today that the World Cup will not take place due to the pandemic and the provincial rules banning events taking place prior to September 1st. Mont-Ste-Anne has held a World Cup since the beginning of the series in 1991; missing it only on the three occasions when the world championships were held instead - 1998, 2010 and 2019. So far, every Mountain Bike World Cup, plus the XCO World Championships, have been cancelled or postponed for the 2020 season. Two remaining World Cups have not been cancelled or postponed thus far - Val di Sole, Italy (September 11-13) and Les Gets, France, (September 18-20), as well as the Downhill World Championships in Leogang, Austria (September 5-6).

In light of the ongoing COVID-19 pandemic and Government of Quebec rules prohibiting events from being held until August 31, Cycling Canada, Quebec Summer Events Corporation and event producer Gestev have been forced to cancel the UCI Mountain Bike World Cup that was scheduled to take place at Mont-Sainte-Anne, August 21–23, 2020.

"Our priority above all else is the health and safety of the athletes, volunteers, employees and thousands of spectators who travel to be a part of Vélirium every year," said Gabriel Fontaine Leclerc, General manager at Gestev. "Too many questions remain unanswered for us to pursue the possibility of postponing the event until the fall, and considering the sheer complexity of such an undertaking and the major challenges involved for our partners it is not feasible for us to explore this option. Let's consider this a rain check for 2021."

For Cycling Canada, this decision is the latest in a series of postponements and cancellations of international competitions across the country in the coming months. "Here at Cycling Canada we are obviously disappointed to miss a huge annual event like the UCI Mountain Bike World Cup at Mont-Sainte-Anne, but the health and safety of our athletes and members will always be our priority. We all have a duty to support the efforts of the public health authorities to mitigate the transmission of this virus," said Mathieu Boucher, Head of Development and Operations at Cycling Canada.

The organizers would like to thank everyone, everywhere who has been involved in preparing for this year's Vélirium, which would have been the 30th UCI-sanctioned event to be held at Mont-Sainte-Anne since 1991. 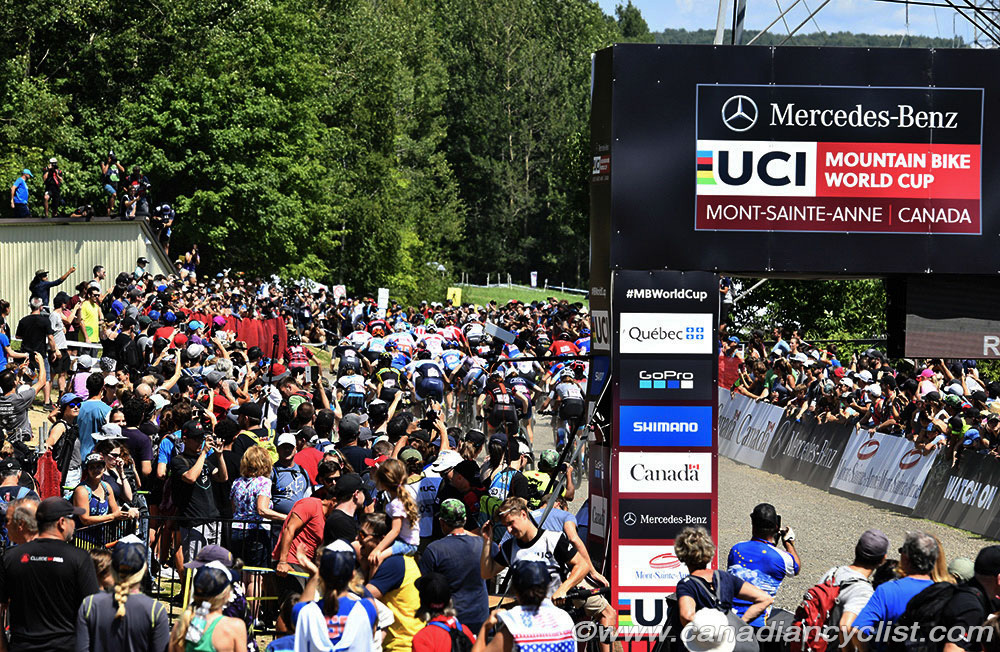