The Ontario provincial government announced on Tuesday that, together with the municipal and federal governments, they will invest in public transit and active transportation infrastructure to support Waterloo Region residents. The joint federal, provincial, and municipal funding through the Investing in Canada infrastructure plan will support 10 public transit and active transportation projects in the Waterloo Region. These investments will support healthier and more sustainable communities.

Among the projects to be funded are bike parking, and the construction and revitalization of on-street bike lanes and cycling/pedestrian trails. 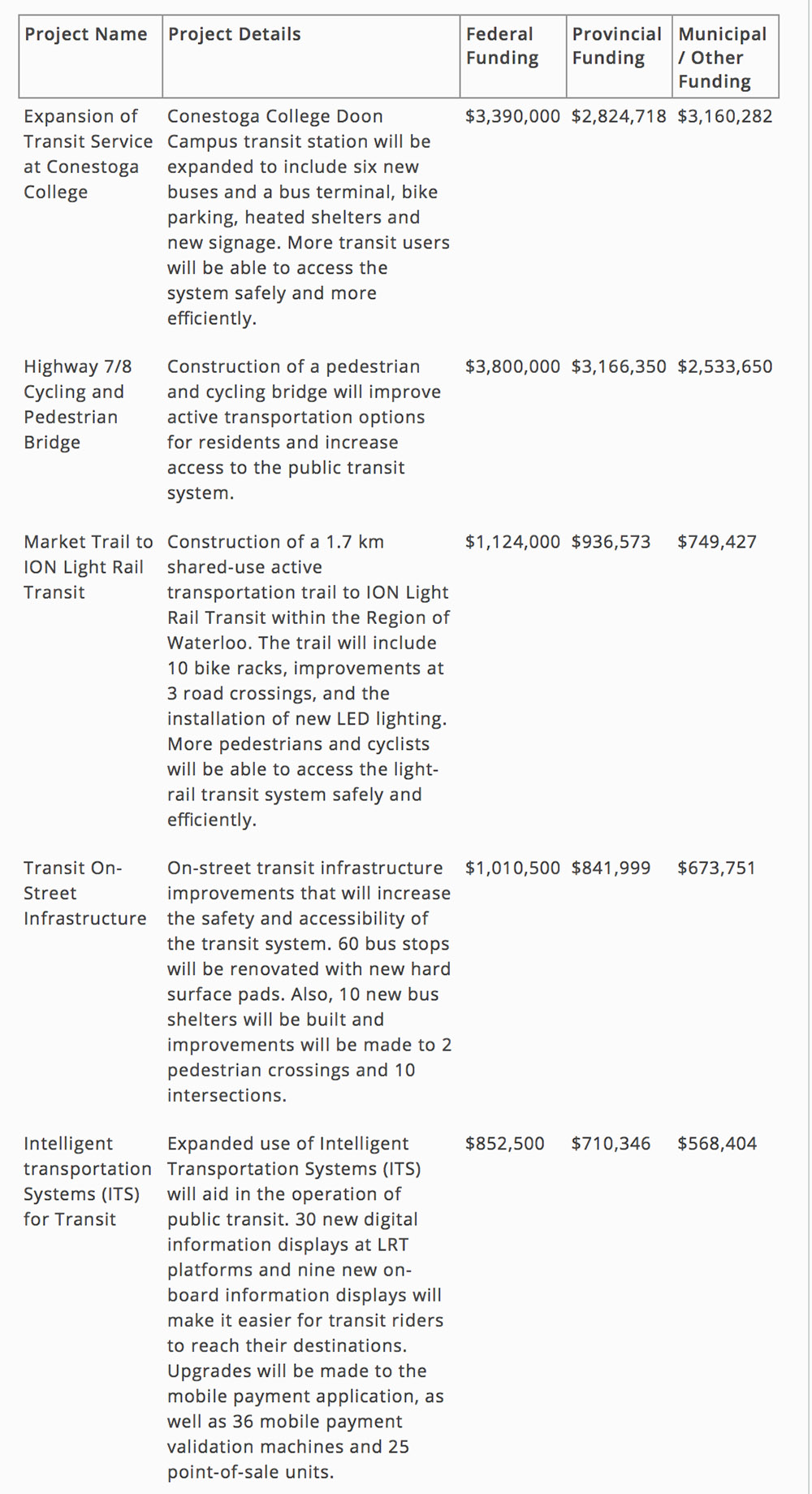 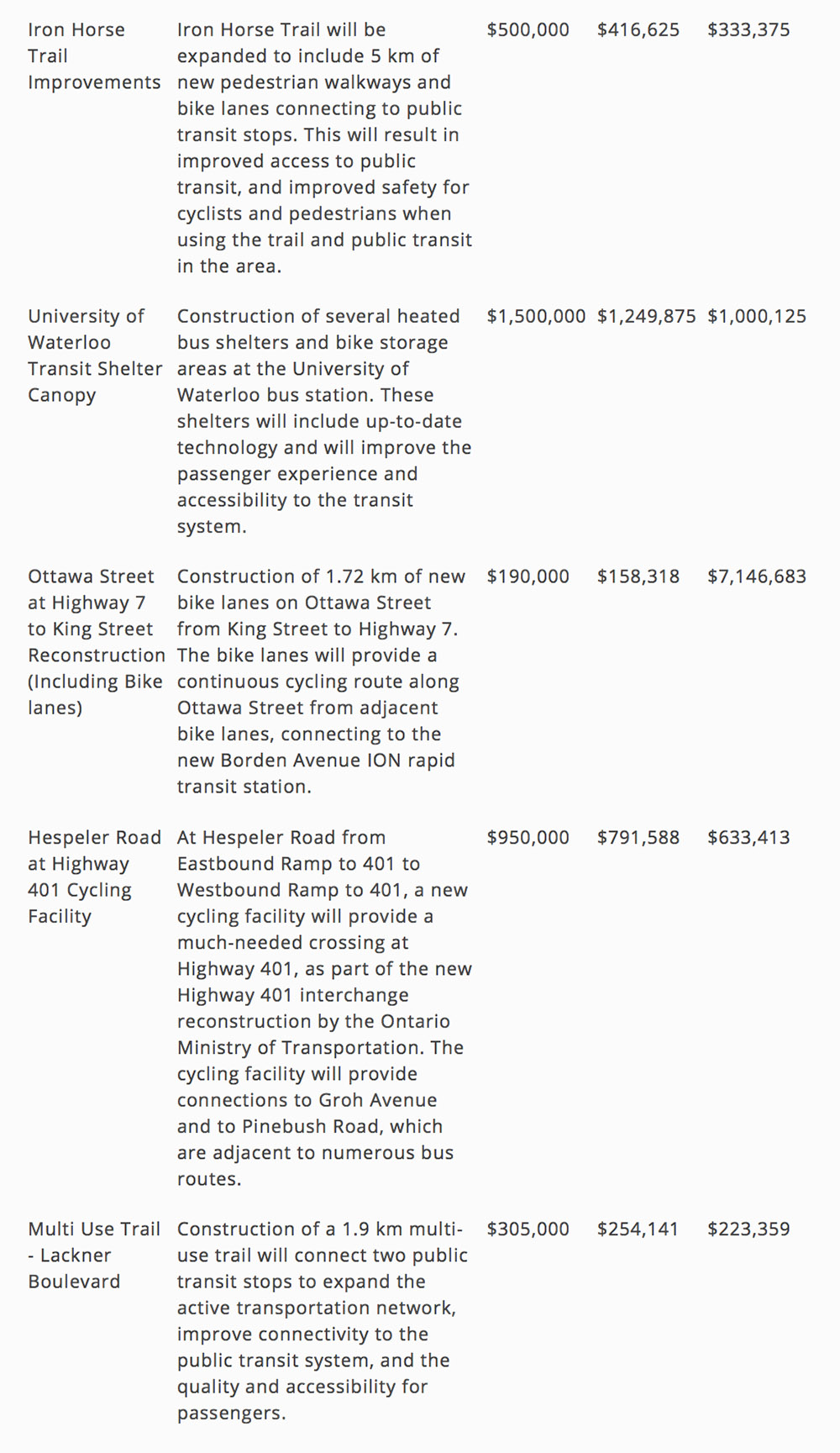