We have interviewed riders from the team on being selected to the Olympic squad, including Allison Beveridge, who will compete in the Women's Omnium and Team Pursuit. 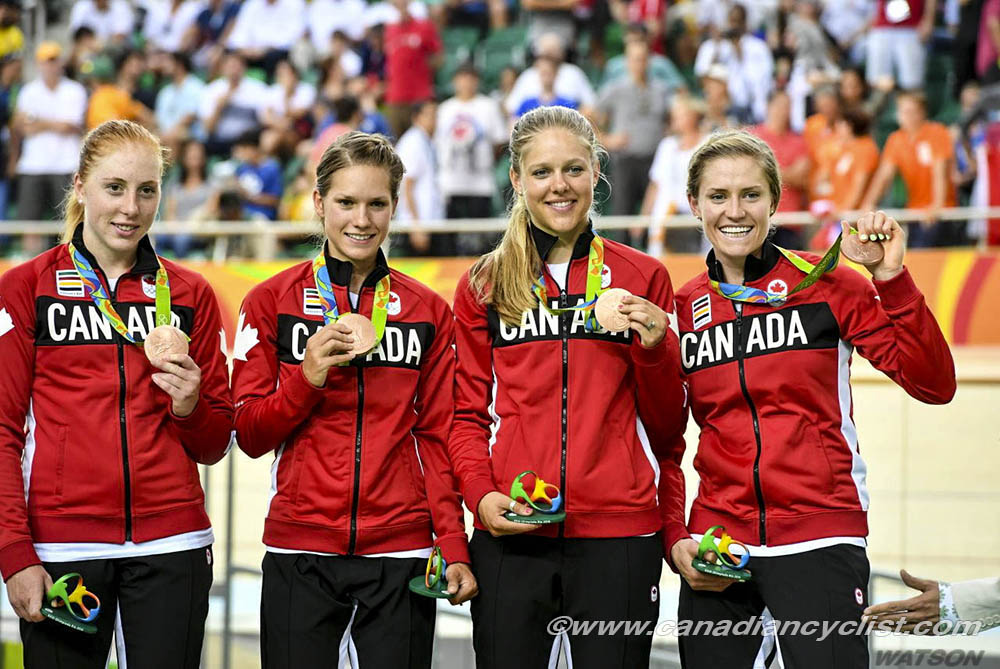 Allison is currently in at her home in Calgary.

It's definitely an interesting time, just to keep the motivation going. I've gone back and forth about sending the notification [of the team] out so early; some countries have held back announcing their teams, but just to have some certainty gives us some momentum and we'll be able to plan a bit. I think it's different, knowing now and not being able to be with the rest of the team when we announce it, but now we can focus on getting ready for 2021.

There are no major track events happening between now and the Olympics, because the UCI has changed the international schedule, so how will the lack of competition affect preparation?

It's going to be an interesting time with no major races. But our head coach and our [women's endurance] coach know that we need to race a little bit, whether it's just setting something up with another nation going head-to-head, or finding races to be a part of ... there will be some opportunities I think. Plus, the Team Pursuit is a timed event and we know the kind of time we need to lay down, so we can focus on that.

This is Allison's second Olympics, after winning a bronze medal in the Team Pursuit at Rio.

The Games is its own kind of special thing, so to be able to have that experience and know what to expect, it allows you to go out and give a little more. We don't want a bronze medal [again], so everyone wants to step up. We have a lot of Olympic experience on our team; I have some now and for Jas [Jasmin Duehring] it will be her third Games, and Georgia as well.

Allison also races on the road with Rally, so will she be able to get some road racing in?

Rally is definitely putting in some teams and we are trying to do it safely. With the restrictions on our American riders [unable to go to Europe] there is that possibility, but personally, I'm dealing with a bit of an injury at the moment [hip], so I'm not sure how that will affect racing for me for the rest of the season. But I'm cautiously optimistic as to how it's going to unfold.