We have interviewed riders from the team on being selected to the Olympic squad, including Derek Gee, who will compete in the Men's Team Pursuit and Madison [with Michael Foley]. 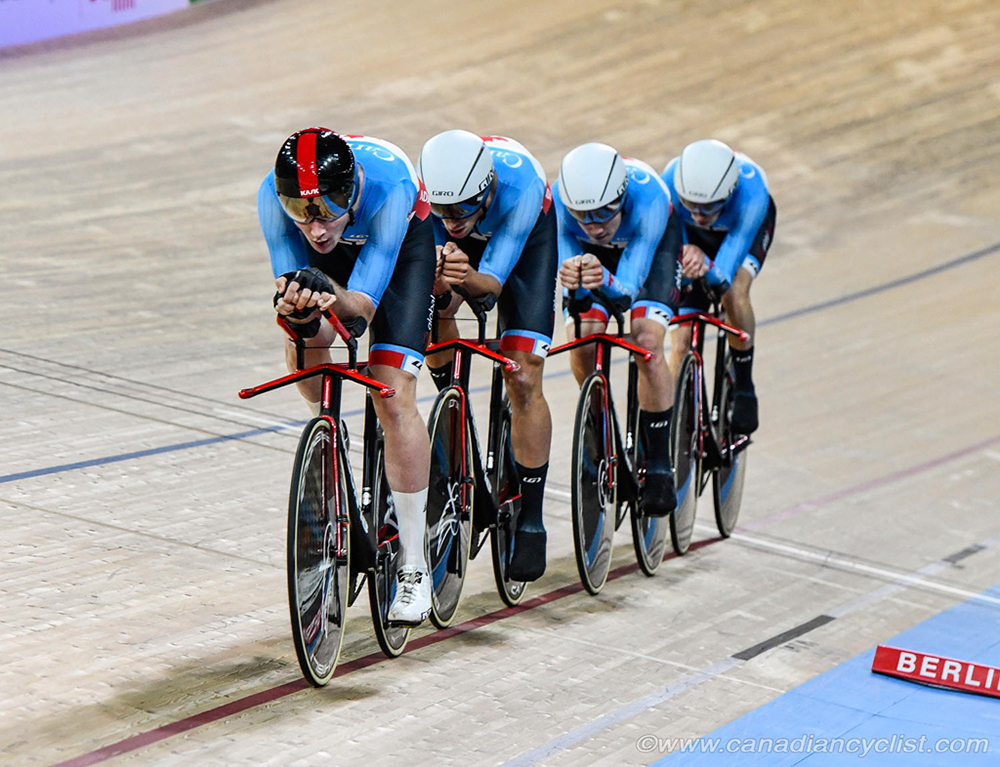 This will be Derek's first Olympics - albeit delayed for a year. The men's Team Pursuit program is much newer than the women's, and was originally targeted for the 2024 Olympics. Now, it will be the first time Canada has qualified a team for this event since the 1976 Montreal Olympics.

It definitely dampens it a little bit [the postponement of the Games], but not nearly as much as I thought it would. I'm overjoyed right now about the announcement and finally being able to share the news. It was a bit of a rollercoaster going into the qualification period. We had only gotten top-8 once, and we barely squeaked into the top-8 at the world championships. But then the qualification period started and we probably had the best year we could have had as a program. We had multiple World Cup medals and then had fourth place at the world championships, which was absolutely huge for the program.

To start off the next qualification season we won Pan Ams [continental championships]. So, qualification, even though it was really, really stressful, was really good for us. We made some big strides as a program during that time.

I pointed out that the last time Canada competed in the men's Team Pursuit, in 1976, was before Derek was born.

Long, long before I was born! It's really awesome to be part of the first men's Team Pursuit in a long time. It's been really cool doing the whole journey with the guys, and it's awesome that I get to race an Olympics with them.

Derek will also race the Madison, and this is the first time that the event has been back in the Olympics since 2008 - when Canada was represented by Zach Bell and Martin Gilbert.

Zach was a huge mentor along the way in our bunch racing, so it's going to be really cool to do the Madison with Mike Foley at the Olympics. We will see how that goes; we haven't done any World Cups or world championships, so, right into the deep end!

I asked how much the complete absence of competition before the Olympics will be an issue?

The hope is during that, during the winter if there is any racing in Europe we might be able to go and do some Madison work, but who knows, with everything going on. The goal is the Team Pursuit, but we are fully invested [in the Madison]. We are giving it the best shot we can give ourselves. We'll see how it goes.

I also asked whether they would have a chance to do any road racing for competition miles?

The hope was to do GP Quebec and Montreal [the WorldTour races]; Mike Foley and I were supposed to do that, but unfortunately that has recently been cancelled, and we'll find out in two days about Nationals [just cancelled today]. Other then that, if that doesn't happen, it looks like that's it until the Spring.

We just finished off by reflecting on the fact Derek is going to the Olympics.

Yeah, it is just so cool. I've known for months now, but it's hitting me all over again. I'm just almost at a loss for words. It's really amazing.