If you are relatively new to cycling, you will likely not recognize the name David Braley in the context of our sport - the Hamilton business man and Canadian Football League team owner who passed away yesterday at the age of 79.

However, Braley, as Chair of the 2003 Road Worlds board, was instrumental in the success of the 2003 Road World Championships. The initial announcement of the awarding the Worlds to Canada was greeted with euphoria by the Canadian cycling community, and the event was well-funded, with $10 million guaranteed by the federal government, courtesy of local MP Sheila Copps (the federal Minister of Heritage).

However, early on in the organizing process things were chaotic, with allegations of misuse of funds and little concrete accomplished - there wasn't even a website until approximately eight months before the event.

David Braley, the owner of auto parts manufacturer Orlick Industries, was brought in as Chair of the Board of Governors for the event in September 2001, and provided much needed structure and fiscal responsibility to the organization.

While he had no background in cycling, he had previously owned the Hamilton Tiger Cats and was the current owner of the BC Lions, so he understood sports organizations. He provided initial office space for the event staff at Orlick.

He also managed to deliver the promised surplus after the event that was used to establish the National Cycling Centre Hamilton and the Hamilton 2003 Road Cycling Foundation [see February 27/04 11:23 am - Hamilton Legacy Announced].

The NCCH [full disclosure - I was on the committee that founded the NCCH and a member of the Board for a number of years] continues to discover and develop riders in the Hamilton region. The Hamilton Foundation has continued to support developing riders through the years since the 2003 Worlds with funds to send riders to world championships and other international events - in 2015 it helped fund eight Junior riders to attend the Road Worlds, and last year helped fund the national team participation at the Tour de l'Avenir. 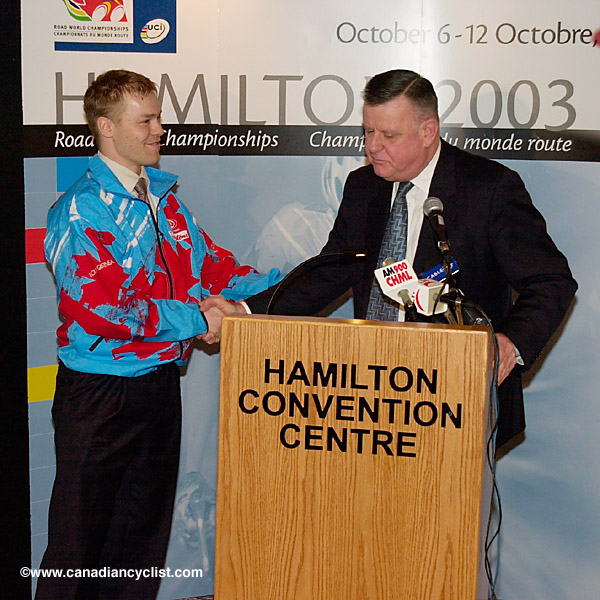 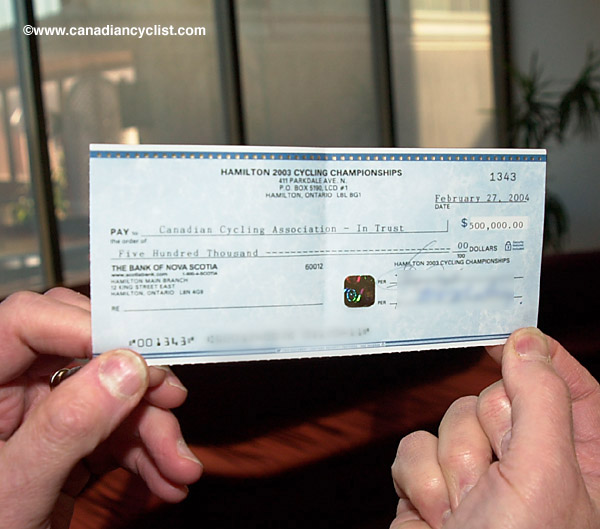 I did not know Mr Braley well - we spoke at events and I interviewed him at various points during the build up to the Worlds and post-Worlds - however, he was keenly interested in making sure that the event came off well, and made a point of always asking for my opinion on aspects of the event as it moved forward.

I wrote a series of report cards on the organization of the event, and the early ones were not favourable in many areas. He took criticisms seriously, and the event was eventually a significant success. For years afterwards, I was 'congratulated' by foreign cycling journalists for hosting one of the best Worlds in many years.

While Mr Braley will be remembered primarily for his involvement in the CFL, his brief tenure in the Canadian Senate and as a local Hamilton area business man, he should also be applauded for his part in the success of the 2003 Road World Championships, and its continued legacy.