Cycling Canada has announced the latest revised calendar of national events. Over the past few months a number of events have been postponed or cancelled due to the ongoing pandemic. Following this publication, all those events which remain on the calendar will either occur on the published date or will be cancelled, based on evolving public health restrictions in their associated regions. There will be no further postponement of dates unless otherwise noted.

Mountain Bike XCO Nationals will take place on September 24-26, moving from Hardwood Ski & Bike in Ontario to Baie-Saint-Paul in Quebec. Hardwood will get the Nationals in 2022. The XC Marathon Nationals has been cancelled. The Canada Cup XCO series will begin with two events in Quebec in July, with St Felicien replacing Canmore (which moves to October), followed by Sherbrooke. A third event will be held in Dieppe, New Brunswick, in late August, with the final event in Canmore, Alberta at the beginning of October. All four events will have a UCI Junior Series ranking, with St Felicien a UCI C1 category and the others C2.

The Downhill schedule will all take place in July,, in British Columbia, over the course of ten days, beginning with a Canada Cup in Fernie, followed by a mid-week Canada Cup in Panorama and finishing with the Nationals in Golden.

BMX will have few changes from the original calendar, with the exception of the first two Canada Cup events (previously scheduled for June in Quebec) moved to the end of the calendar in September.

Cyclo-cross has no calendar changes, with Nationals remaining in Langford, BC, at the end of November.

The Track Nationals for Junior/U17 will take place in Milton in mid-November, with Elite/Para/Masters moved to early January 2022, in Milton. 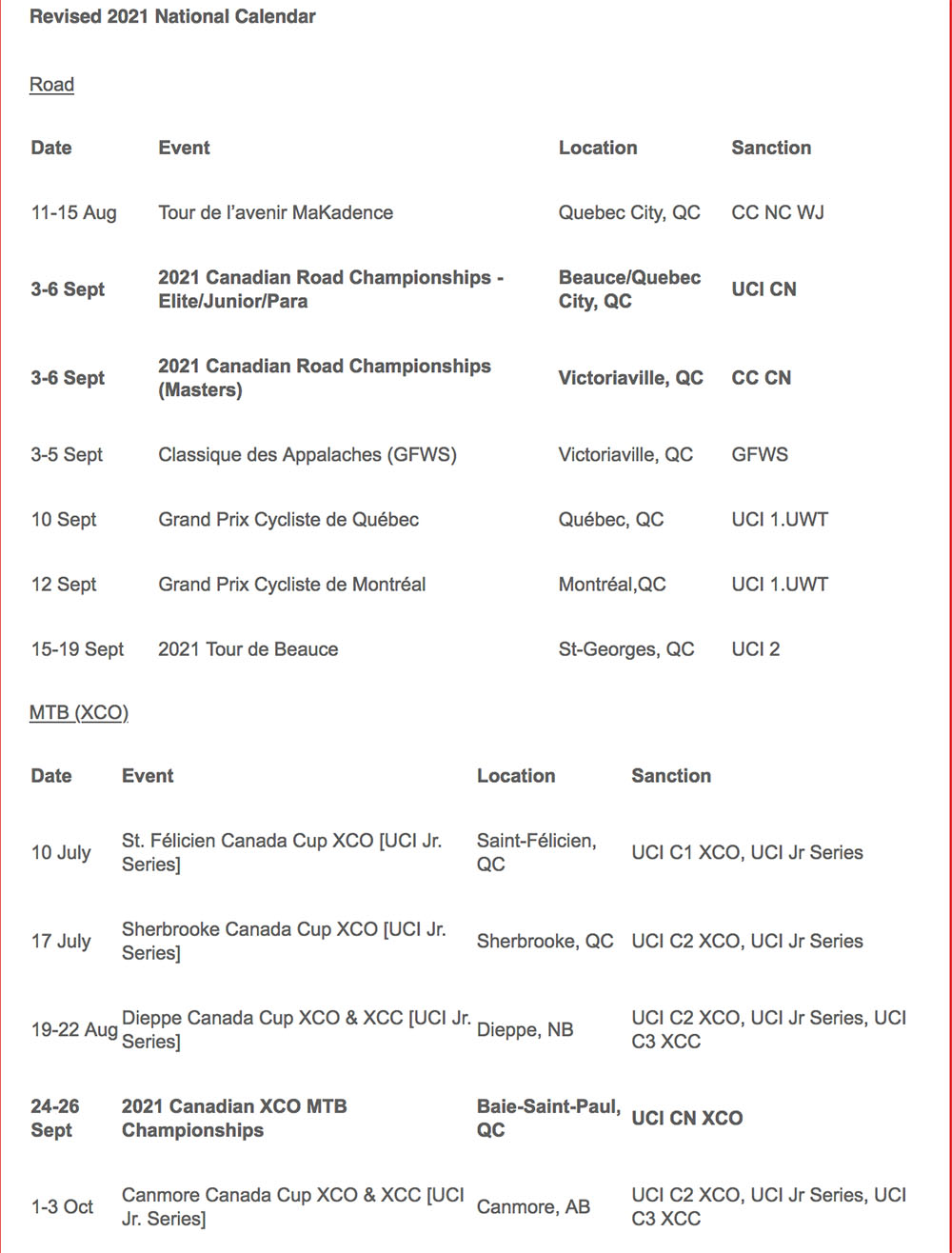 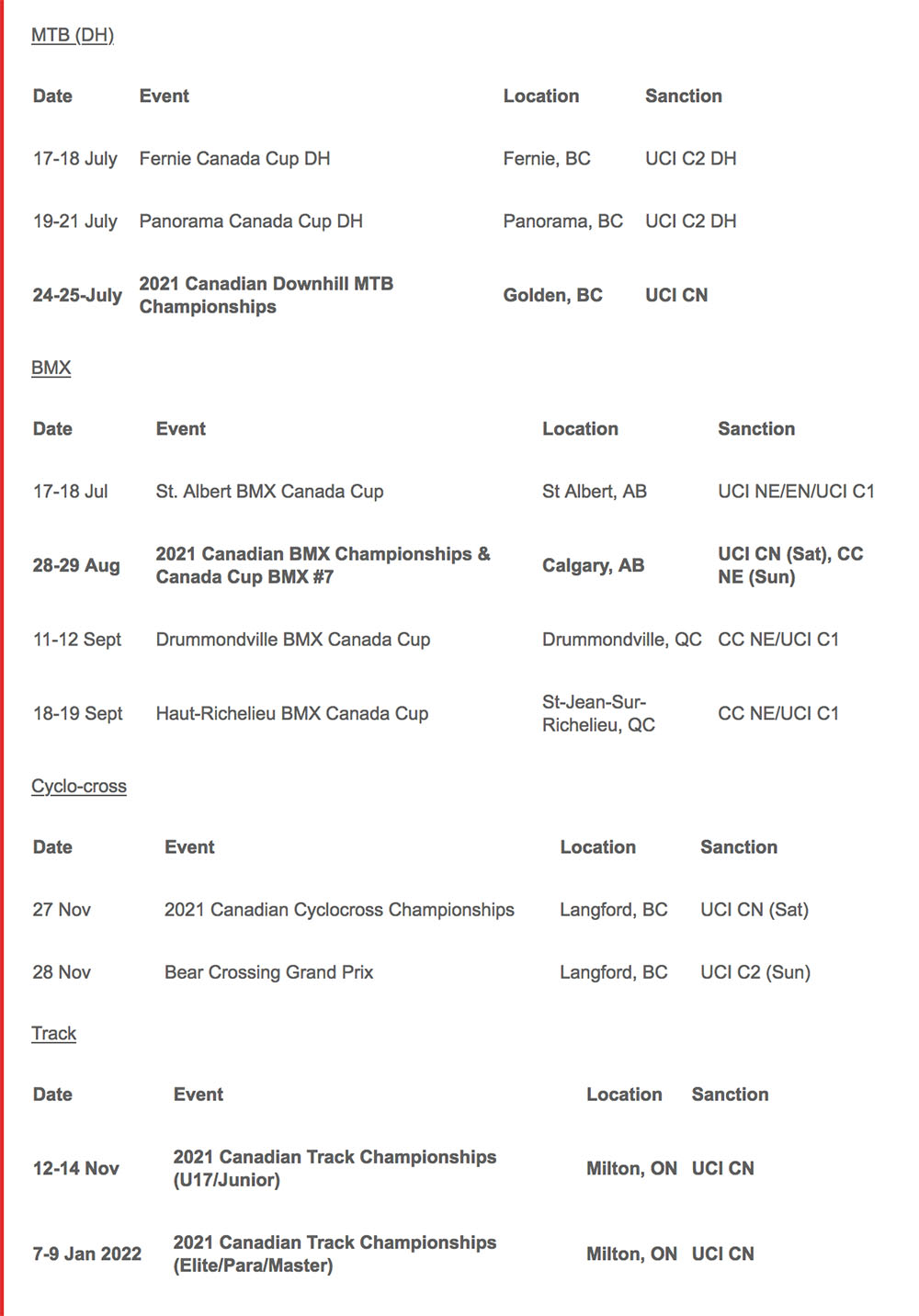