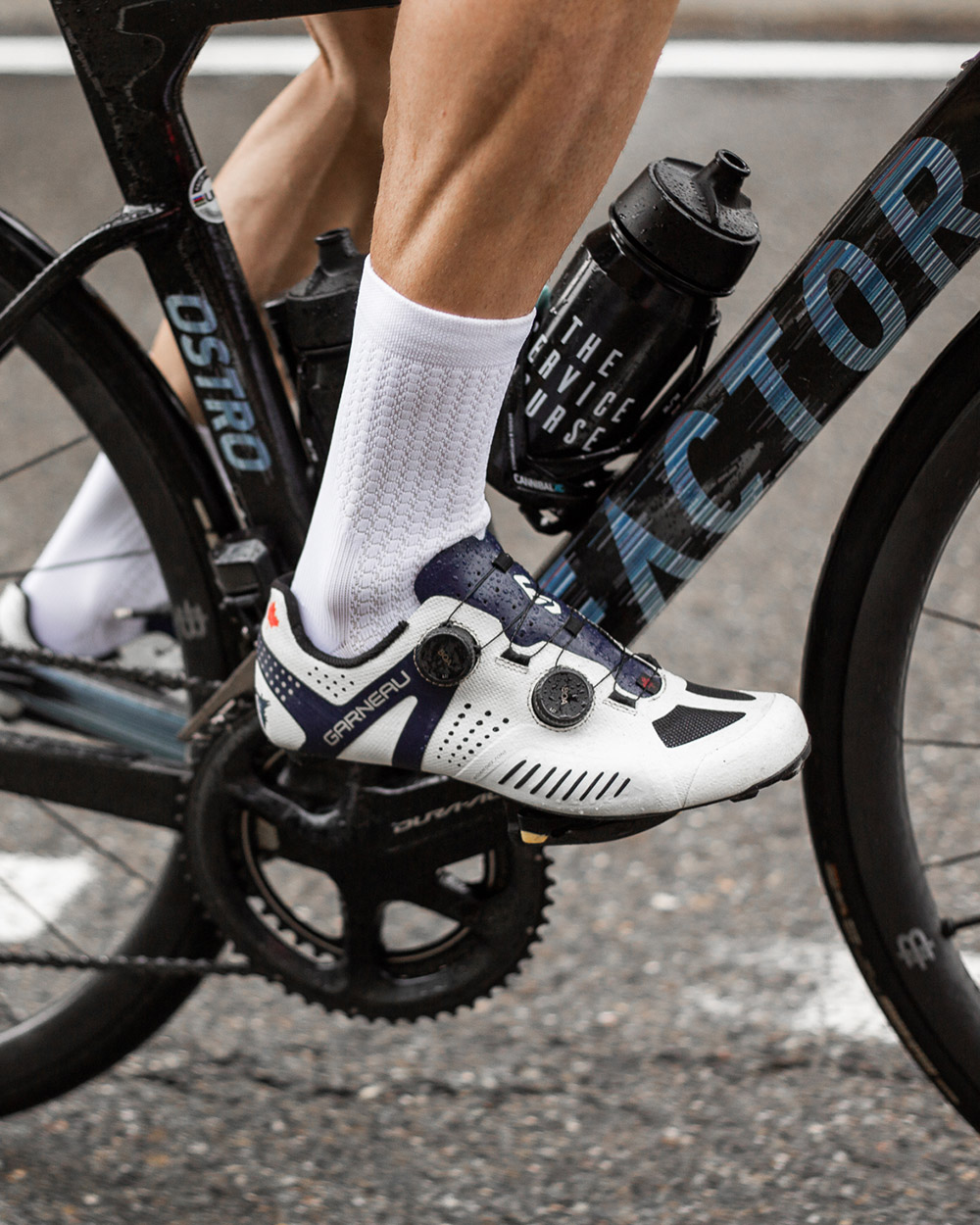 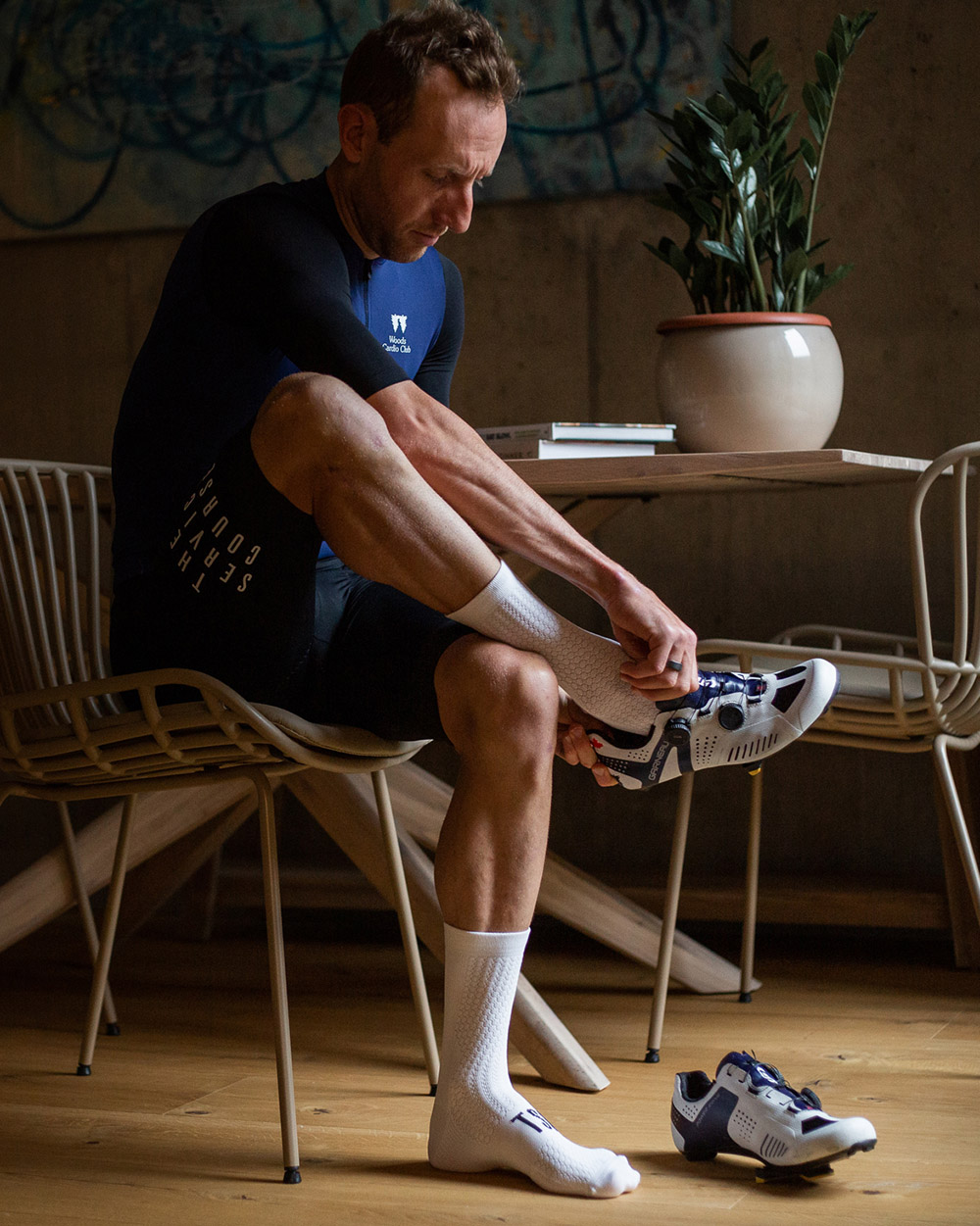 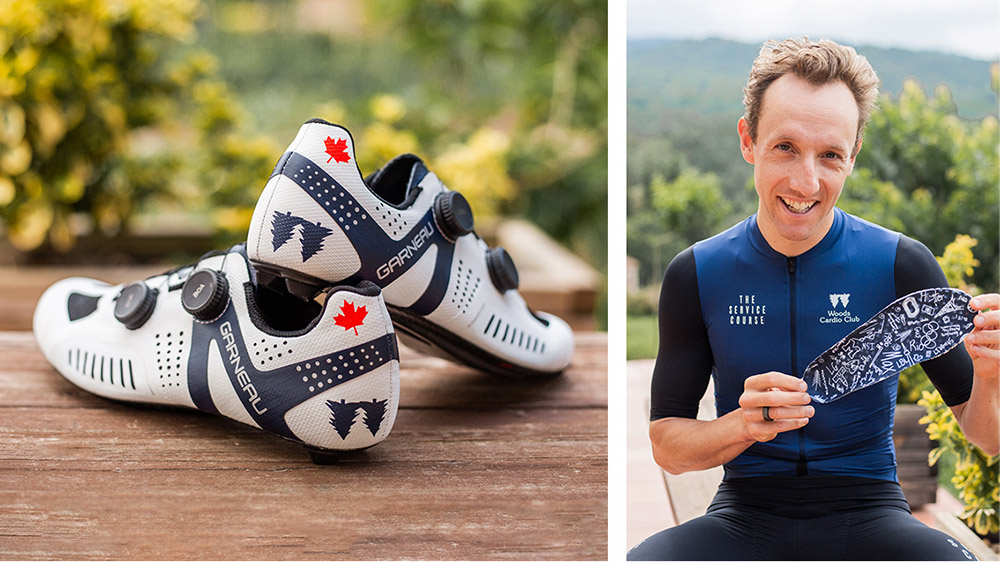 Mike Woods, who has been riding the Garneau shoes for the last three years, was thrilled about the idea at the first conversation. "When Garneau started talking to me about making a signature edition shoe, I was immediately excited by the project. I felt honoured that they wanted to make a shoe with my input in mind, and I really wanted to do my best so that the shoe reflected both me and my style," declared Mike Woods.

Featuring three of Garneau's patented technologies, acclaimed as one of the best shoes of the year many times over and winner of a Eurobike Award, the Course Airlite XZ has proven it is able to get on the highest step of the podium as well as delivering stellar climbing performances. Simple on the outside, the inside of the shoe represents everything important to Mike's life, with the unique insole artistic design hand drawn by Mike Woods himself. Woods is currently riding the Le Tour de France in this limited edition model.

Garneau, like Woods, is also conscious about the environment and reducing their carbon footprint. This is something important to the brand, so much so that Garneau has committed itself to donate part of the proceeds from the sale of Rusty Woods Limited Edition Shoes to offset the carbon footprint of its products.

"I am really excited about this launch,"added Woods. "Not only are the shoes super cool, but Garneau has committed itself to making donations to offset the carbon footprint of their products, which aligns perfectly with my own personal convictions. On the more practical side, I wanted the idea behind the whole concept to be that once you purchase the shoes you become a part of the "Woods Cardio Club", which is committed to two things: climate and cardio. With Garneau handling the climate aspect as far as donations are concerned, I have decided for my part, as a commitment to cardio, to make a donation to "HopOn", an organization dedicating itself to get school-aged kids on bikes across Canada, for every pair of shoes sold.".

Supporting young talent and fostering relationships is an unspoken tradition at Garneau. "Rusty Woods became part of the Garneau family in 2013 as a member of the Garneau-Quebecor UCI Continental America racing team, and we are so proud of him and all of his achievement. I am very excited of this collaboration together," said Louis Garneau, president and founder of the group Louis Garneau.

In Canada, the shoe has a suggested retail price of $499.99 . Learn more about the Rusty Woods Limited Edition shoes Here. There is a list of Canadian dealers at the bottom of the page that you can preorder from (on the U.S. site you can order online for delivery, but that is not currently available in Canada). Garneau says that they will available for preorder from the Canadian website by July 15th.