Hugo Houle and Guillaume Boivin are two of the three Canadian men who will represent Canada at the Olympic Games later this month, joining Mike Woods. Houle and Woods were preselected, while Boivin was announced as a team member today. All three will ride the Road Race, while Houle will also compete in the Time Trial. All three are also currently competing at the Tour de France, and we spoke with both Hugo and Guillaume on yesterday's Rest Day about how the Tour is going and the upcoming Olympics. [We spoke with Mike a couple of days before the Tour started - Mike Woods Pre-Tour Interview - Riding for GC & Preparing for Tokyo] 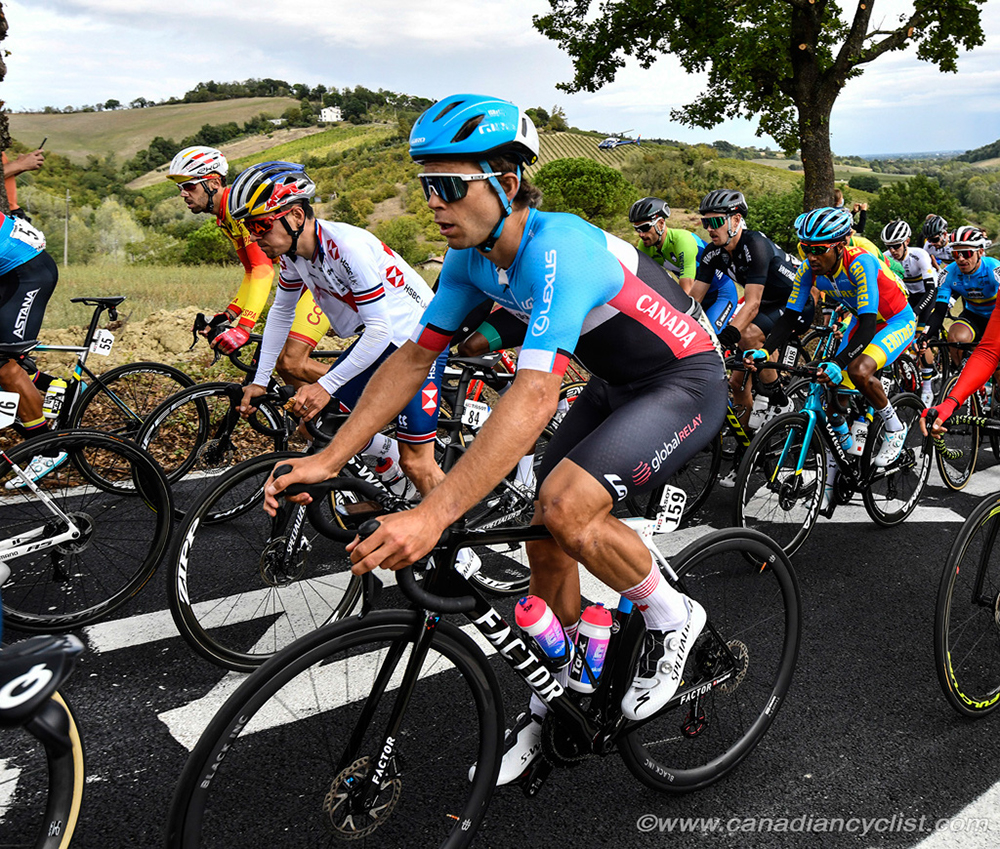 Guillaume will be attending his first Olympics. He is having a strong Tour (also his first), with two top-25 stage results in the first week. It is a season that has already seen him race the Tour de Suisse, Tour de Romandie, four Spring Classics and multiple others - a total of 45 racing days covering 6,551 kilometres.

Canadian Cyclist: Let's talk about the Tour first - it's been a crazy first week, but you seemed to do pretty well at avoiding a lot of the trouble.

Guillaume Boivin: Yes, I only went down once, on the first day, but I was able to avoid any injuries. I've been pretty lucky so far, I've been close on many, many occasions because there have been lots of crashes at the front of the peloton. So it's been a really nervous first week and also super hard with the weather and the mountains over this past weekend. But it's going alright.

CC: This is your first Tour. You've done the Giro and Vuelta before but, from your perspective, is the Tour different?

GB: The nerves are different. It's such a big race for every team; everybody wants to be at the front and the nerves are pretty high until everybody almost crashes at least once or twice. The stress level is at the max for pretty much the whole stage, so I think that the mental demand of the Tour is higher compared to the other Grand Tours. 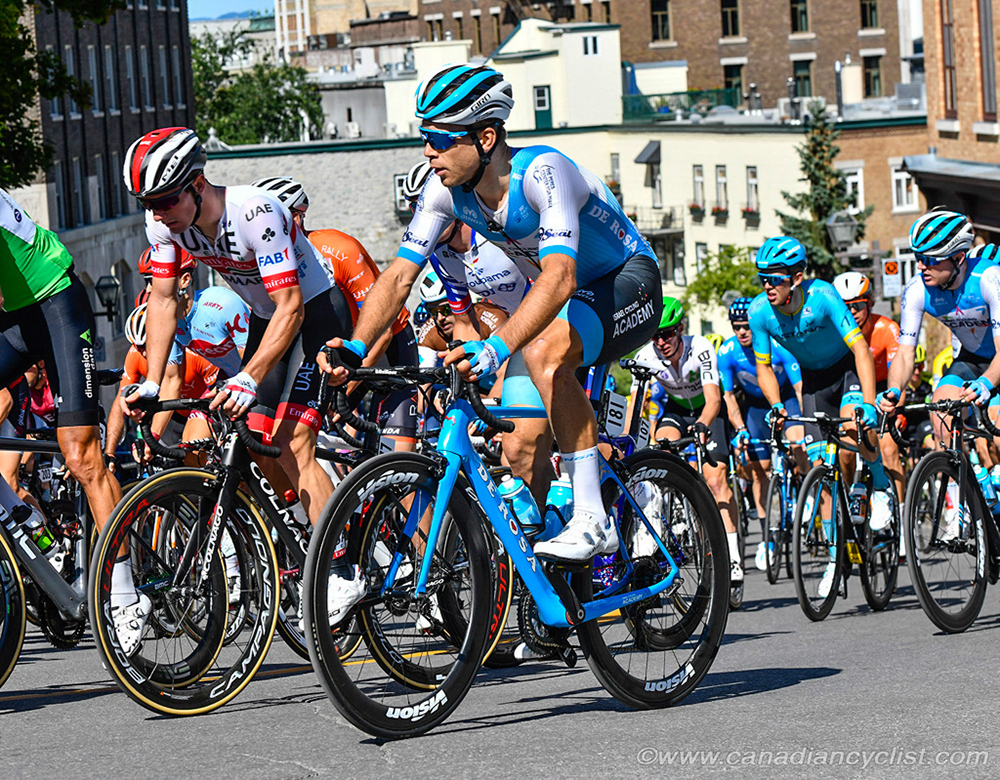 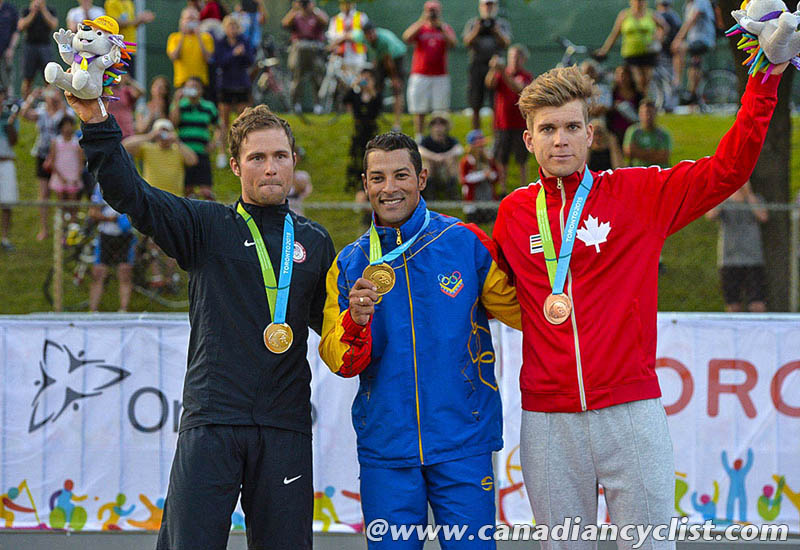 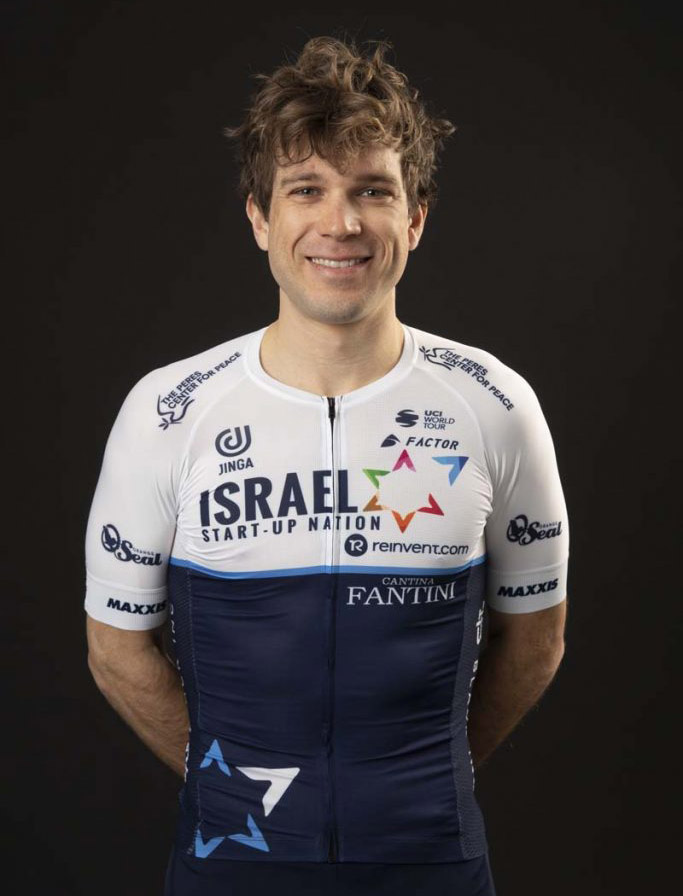 CC: You've been named to the Tokyo team; another first with your first Olympics.

GB: Yeah, another first, I'm pretty excited about that one.

CC: When did you know that you would be going to Tokyo?

GB: Not so long ago, it kind of came with the Tour [selection]. I think they were waiting to see at the last minute between the guys in the [selection] pool if someone was going to do the Tour, because it is probably the best prep for the Games. Just getting to go to the Tour and showing that I was climbing quite good at Tour de Suisse and throughout the season ... I could be a good support rider. I think that kind of sealed the deal for me, but I only knew maybe just before I came to the Tour.

CC: Some riders at the Tour who are going to Tokyo are dropping out early, but you are planning to do the whole Tour?

GB: Yes, that's the plan. For me, I always have really good form after a Grand Tour. I seem to absorb a Grand Tour quite well and I get really strong legs afterwards. So that's the plan - to go to Paris and then pretty much go from the Champs Elysees up on a plane and fly to Tokyo for the road race the next weekend.

CC: All three of the Canadian men for the Olympics are in the Tour. Have you guys had a chance to talk about it, or is that something that comes later?

GB: Yeah, it's something that ... even before I was selected ... with Mike and the course, we [Canada] have a real shot at a medal. It's something that has motivated all of us [in the pool] to push our limits. We've talked about it and we're pretty confident we'll have a good team to support Mike and it should be fun. All of us should have pretty good legs for the road race, I would say.

CC: What about after the Olympics, the rest of your season - have you had discussions about what that looks like?

GB: A little bit. I've had a really, really heavy season up until now, so I'll have a bit of a break [after Tokyo] and come back to Canada after the Games and try to build back up for world championships and then Paris-Roubaix at the end of the year. I'll start back around the BinckBank Tour and Hamburg Classic [note: Hamburg is first]. So I'll get about a month at home to recover from the first part [of the season] and then I should be good to go for the end of the season, with the Worlds course being one that should suit me quite good. I'm motivated, and then we've got Roubaix the next weekend. So some nice races to be motivated for at the end of the year.

I've had a full season and I'm very fortunate that I have the confidence of the team to be a rider so far this year in most of the big races. I'm super proud of that, and that I can play a key support role in the biggest races of the season. It's all I've ever wished for, and super nice and motivating.