Lauriane Genest won Canada's first cycling medal of the Tokyo Olympics on Thursday, with a bronze medal in the women's Keirin. Canada had two women in the medal final, with Kelsey Mitchell finishing fifth. This is the first sprint medal on the track for Canada since Lori-Ann Muenzer won gold in the women's Sprint in 2004. 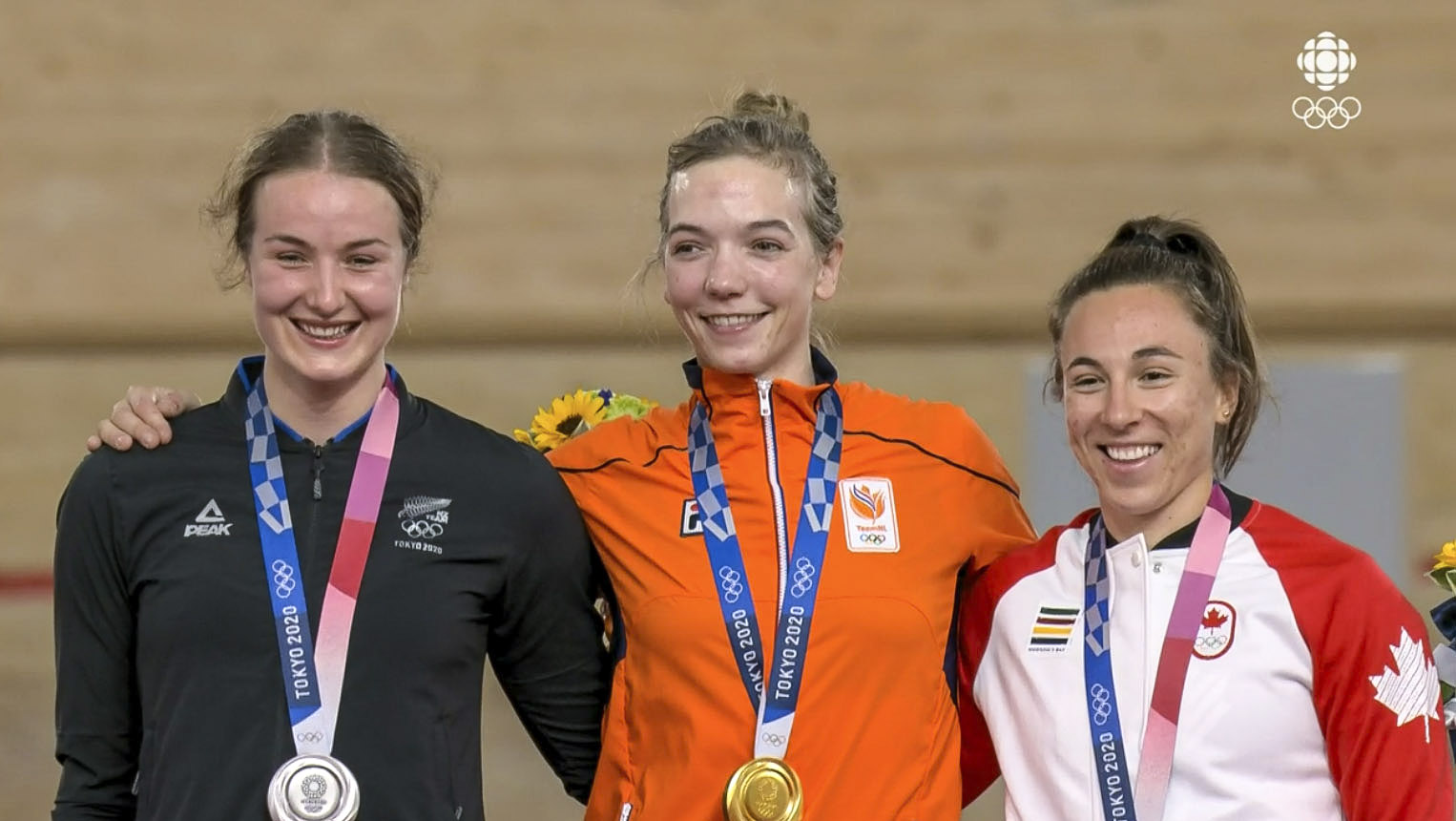 In the Final, Mitchell tried her patented long attack with just over two laps to go, while Genest held back, riding wheels. Shanne Braspennincx of the Netherlands and Ellesse Andrews of New Zealand went by Mitchell in the final lap, with Genest following Andrews' wheel into third place. Braspennincx continued the Dutch dominance on the track winning the gold, with Genest trying to come by Andrews, but falling short on the final straight. 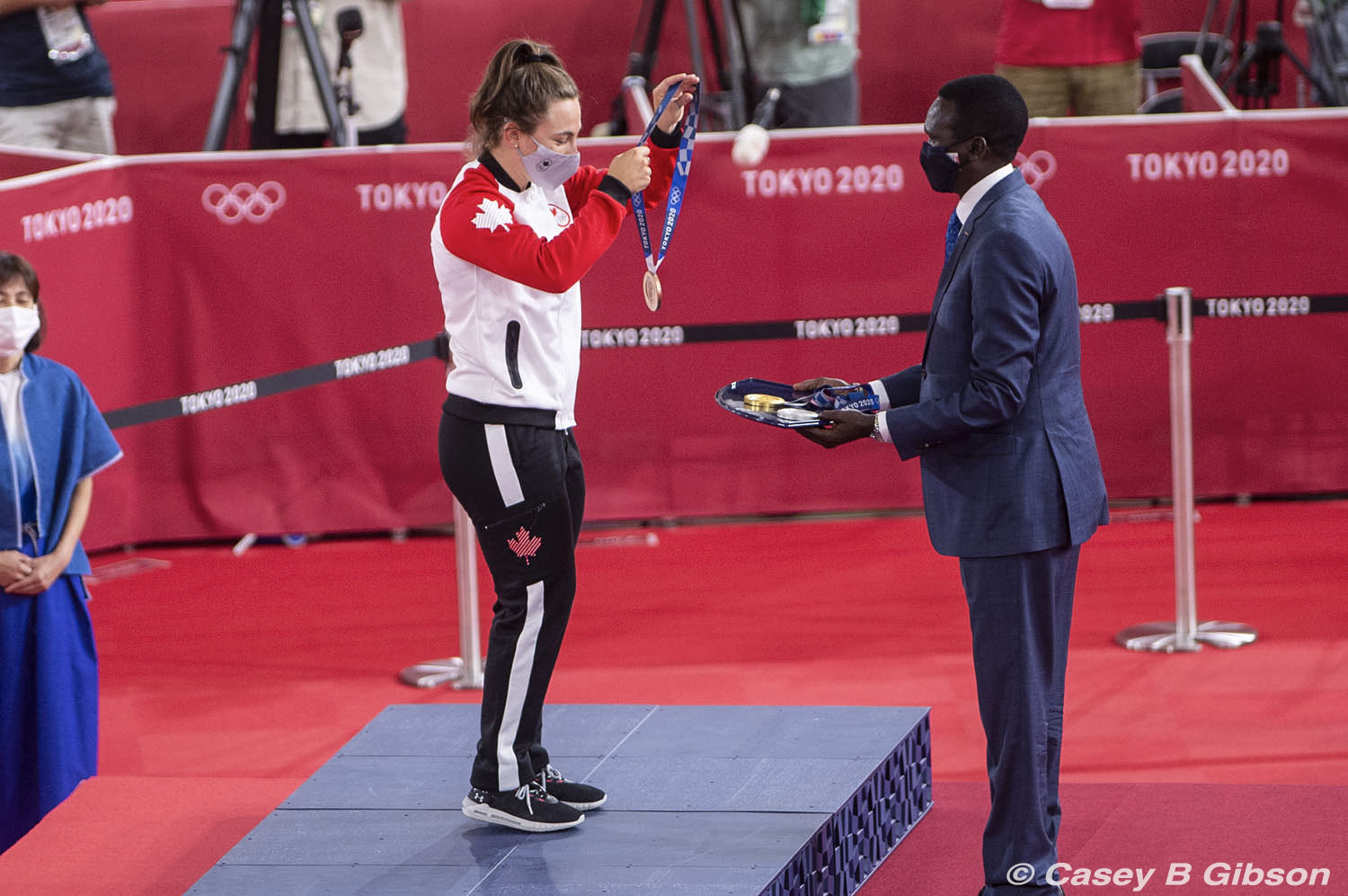 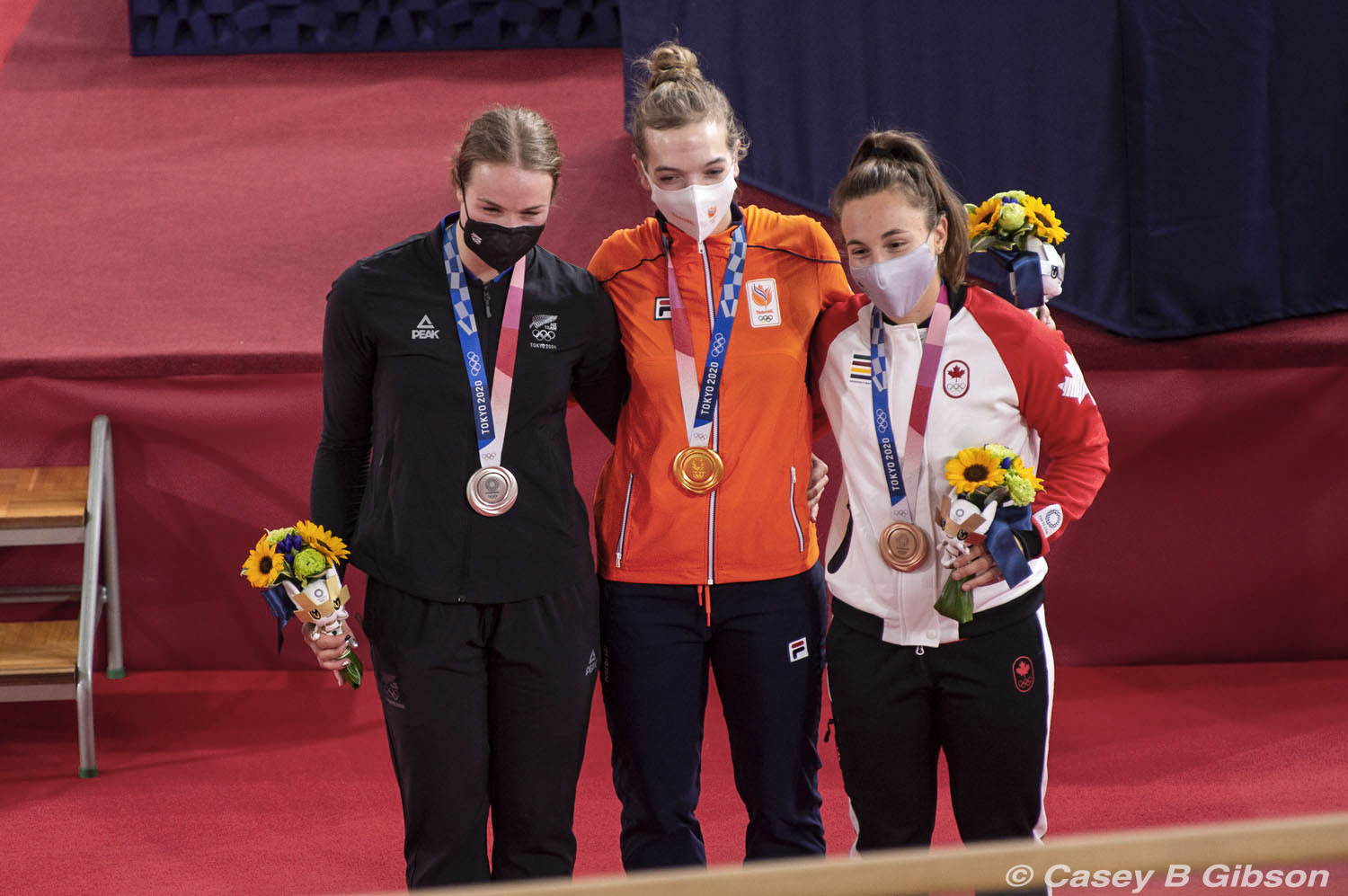 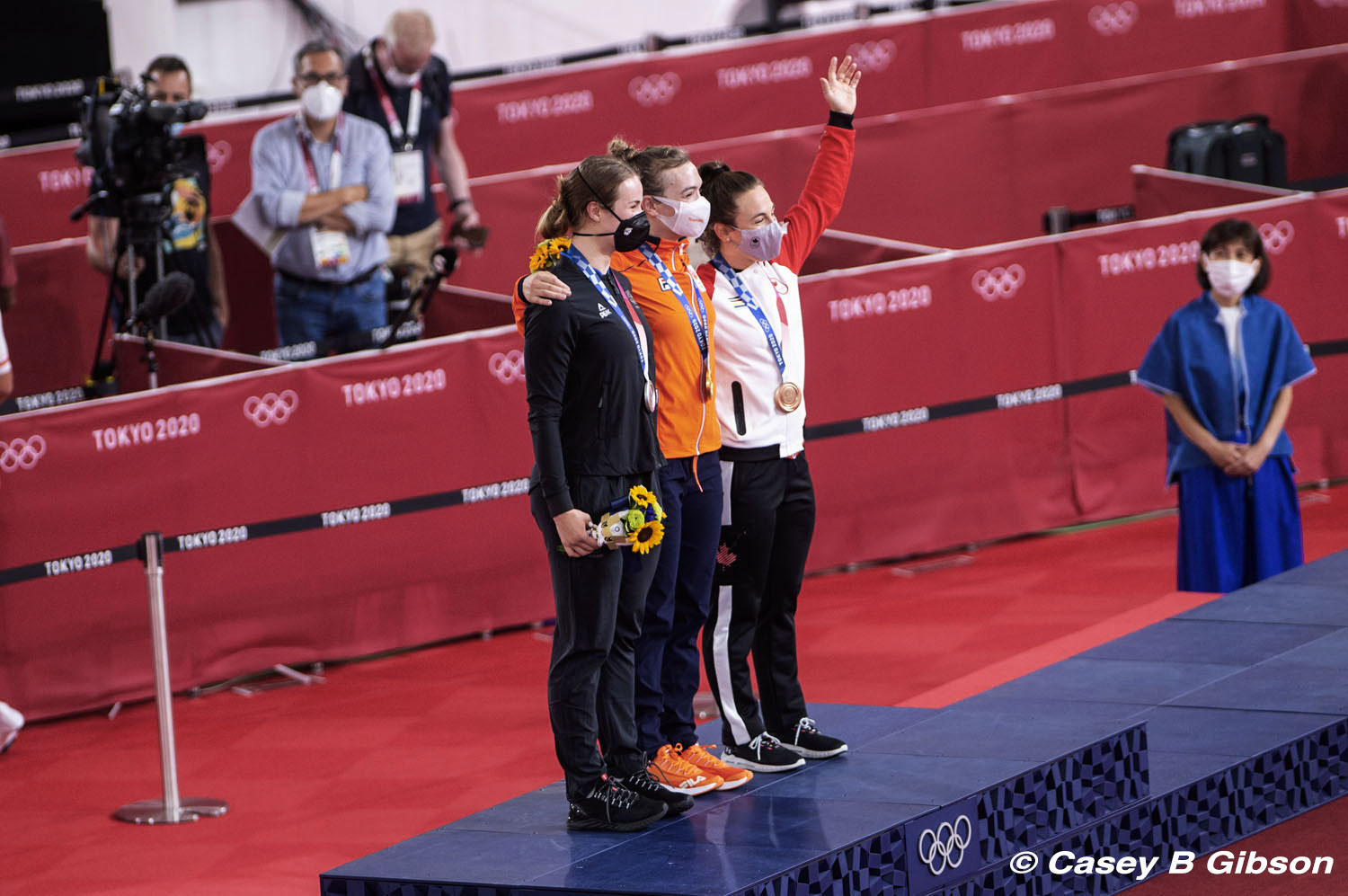