For the third year, the Mountain Bike World Championships have included eMTB competition and, for the third year, new champions were awarded rainbow jerseys. Nicole Goeldi of Switzerland won the women's title, while Jerome Gilloux of France, after finishing second in the two preceding years, finally won gold.

The circuit was a modification of the XCO course; including the first section of climbing, before sending the riders backwards up a switchback descent, with sections as steep as 38 degrees. The riders finished the lap with the rock garden descent feature of the XCO course. The women did six laps and the men seven, with both winners finishing in under an hour.

The women's race saw Laura Charles of France lead out the 20 rider field for the first two laps before Goeldi reeled her in. The two rode together for two laps before Goeldi started gapping her rival on the technical sections. Her lead was never more than 15 seconds, but it was enough to hold on for the title. Sofia Wiedenroth of Germany took bronze, 43 seconds back. 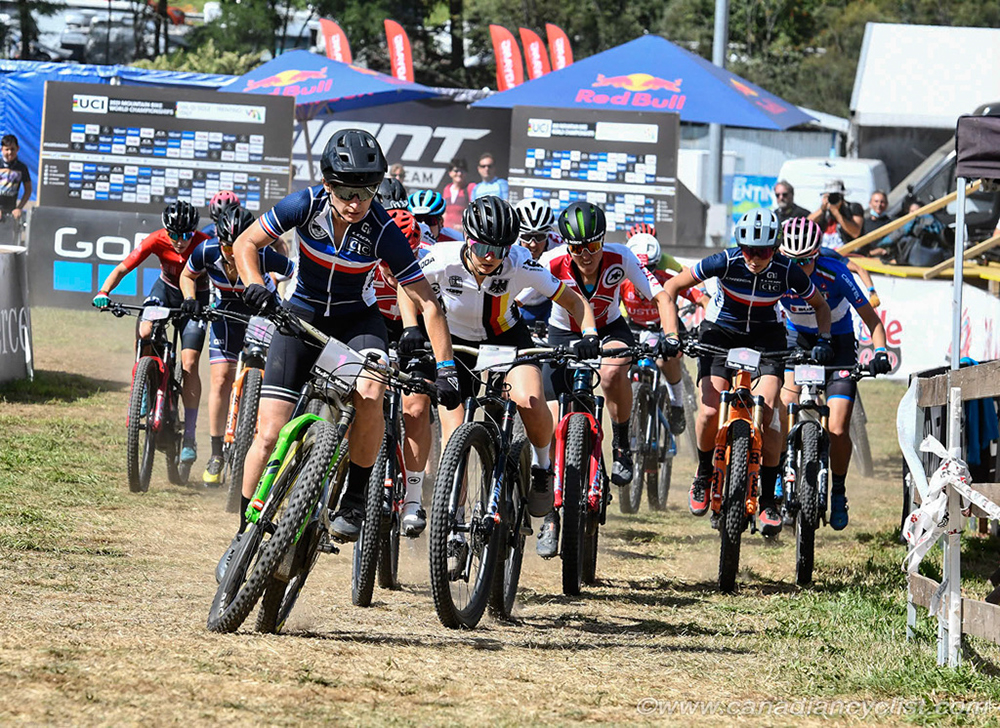 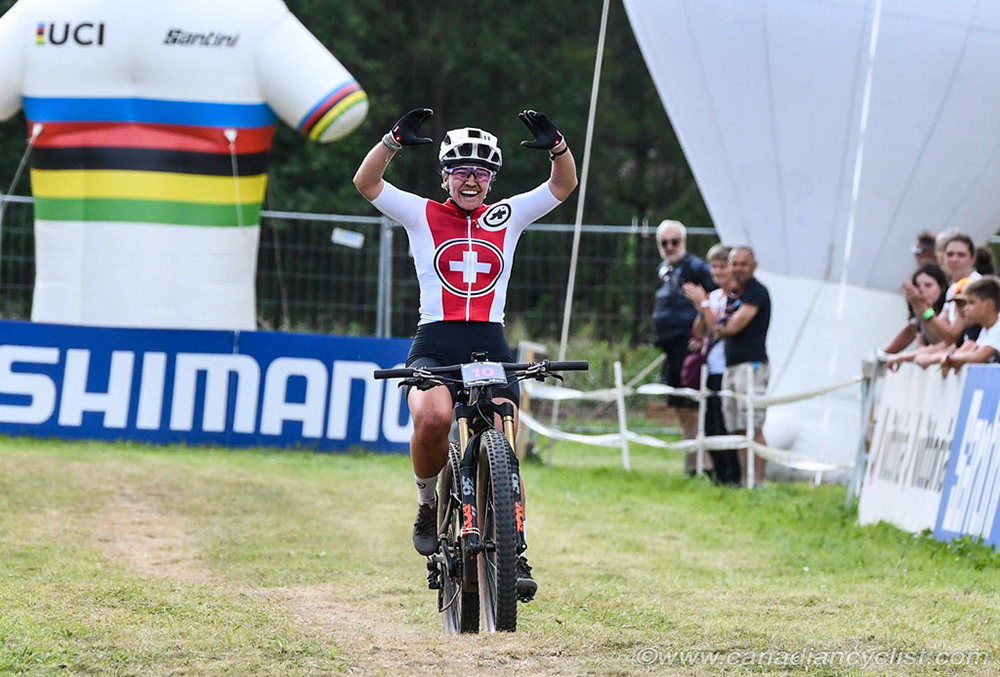 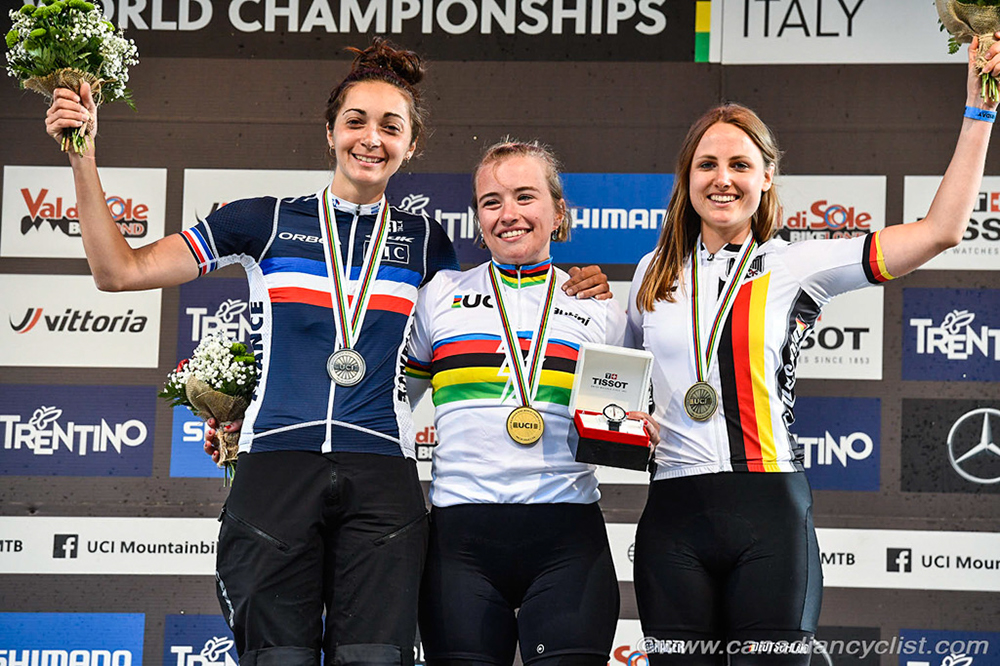 "It's pretty unbelievable, I never thought this could happen," said Goeldi. "I surprised myself a lot. I started behind and had to chase all the riders, and then in the last lap my motor switched off; it was very strange and I was afraid [of being caught]. But in the end it was all good."

The men's race was heavily stacked with French talent, including Gilloux as the number one UCI ranked men's eMTB rider. Two-time Olympian Julien Absalon was also on the start line for France, eventually finishing a respectable ninth, one of five French riders in the top ten. The wild card was Christopher Blevins of the USA. In his fourth straight day of racing, after winning the silver in the Team Relay and the world title less than 24 hours earlier in the Short Track, Blevins was in his fourth straight day of racing, but starting well back in the field due to no eMTB ranking points.

Gilloux and his team mate Hugo Pigeon quickly rode away from the rest of the field and were not challenged at the front of the race. Gilloux eventually dropped Pigeon before the start of the last lap to claim the title. 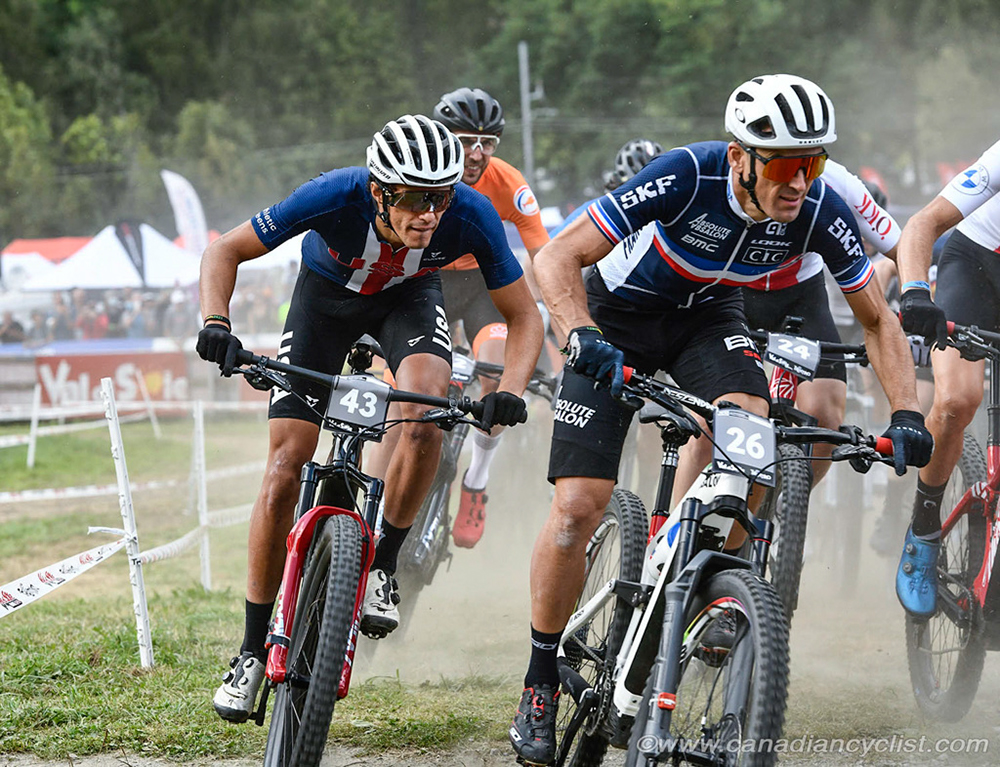 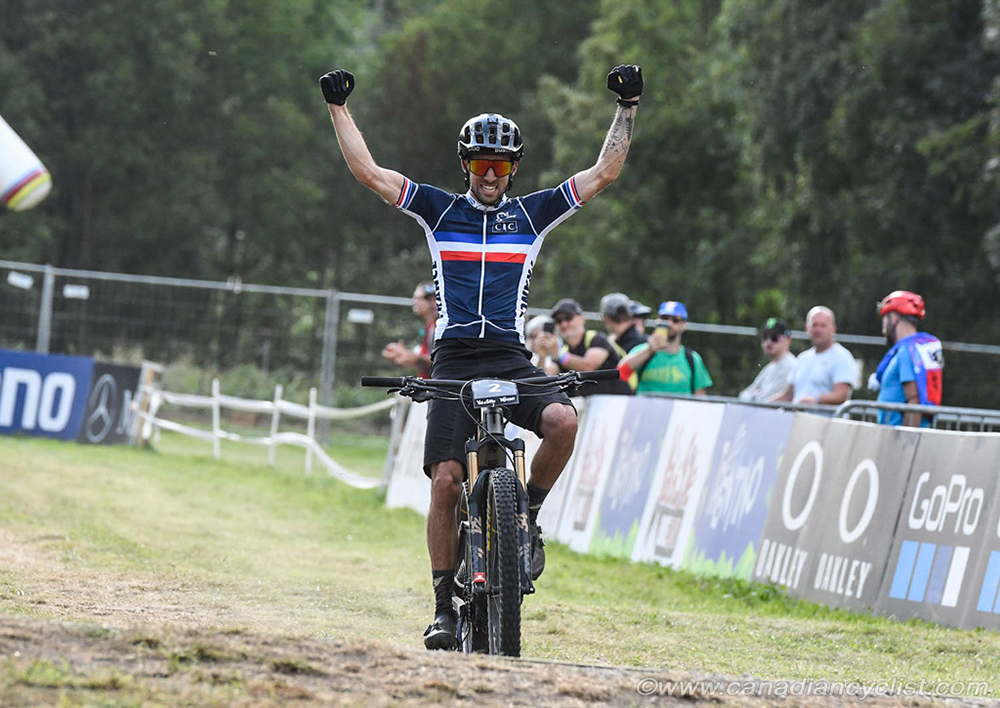 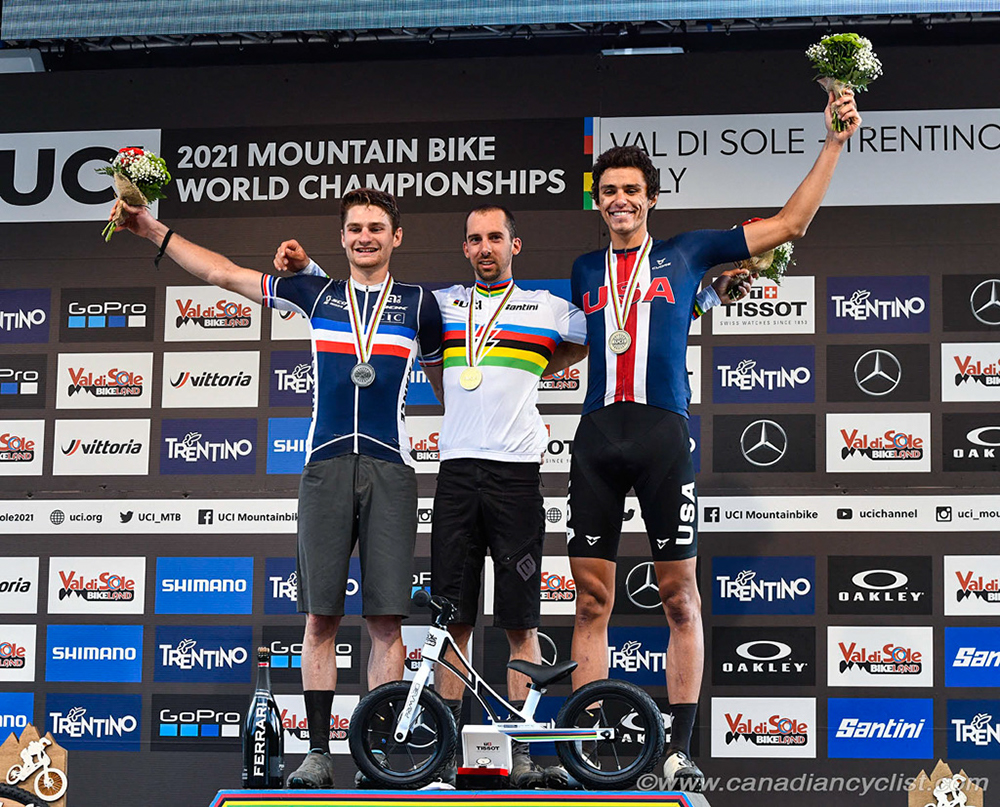 "The track was technical with very steep climbs," commented Gilloux. "I had a good start and we were able to be at the front right until the finish line, so I am very happy."

Behind, Blevins was racing up through the field; eighth after Lap 1, then fifth with team mate Charlie Mullins by Lap 4, and then catching the third placed rider, Joris Ryf of Switzerland, on the next lap. He started to slow at that point and sat on with Ryf until attacking just before the start of the last lap to win his third medal of the championships - a unique record in mountain biking. Blevins will do his fifth race tomorrow - the Elite XCO.

"It was only a couple of weeks ago that I decided to give it a go for eBike and turn this into a five day stage race," revealed Blevins. "I haven't spent much time on an eBike, but I definitely will now, that was so much fun. When I was battling for third, it was definitely motivating to try and get another medal. It's been an incredible week, with how different each race has been."

Results from the eBike races in Val di Sole, Italy