Jackson Goldstone continued a tradition of Downhill excellence for Canada's Junior riders, winning the Junior men's Downhill title on Sunday at the Mountain Bike World Championships in Val di Sole, Italy. Goldstone won on the same track where Finn Iles accomplished the same goal in 2016 as a Junior. In the Junior women's competition, Gracey Hemstreet won the bronze medal. 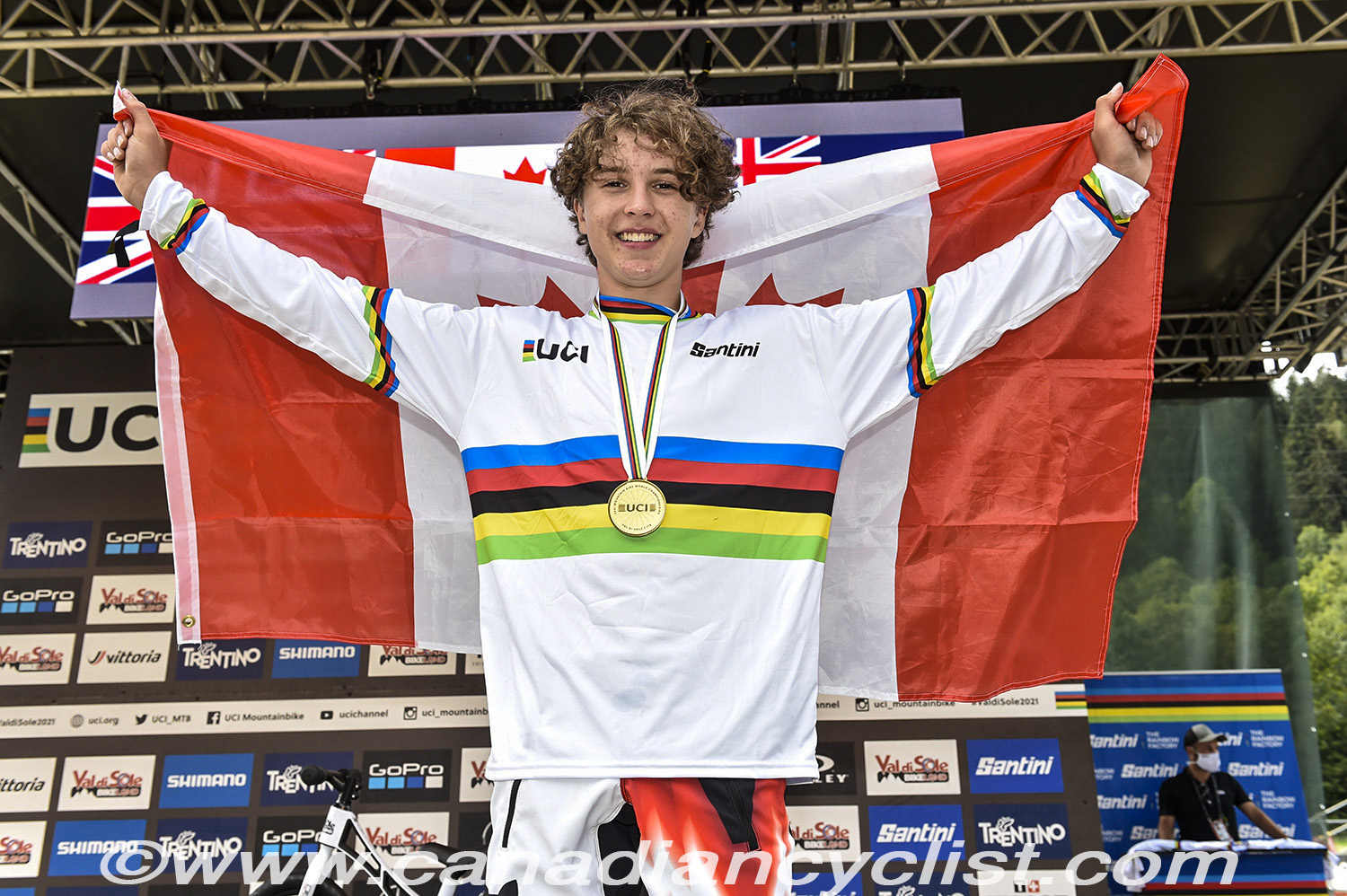 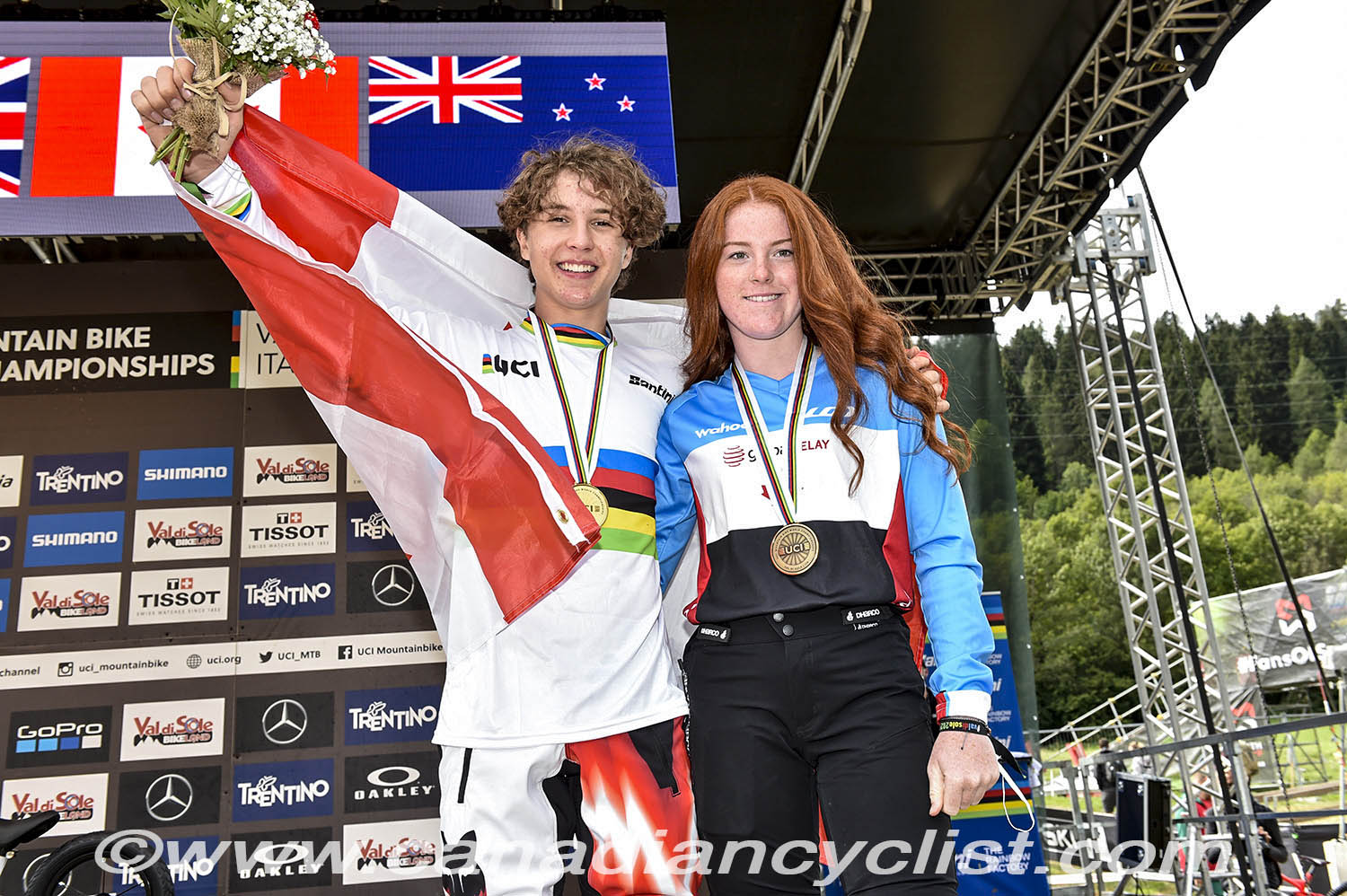 "The final was absolutely amazing," said Goldstone after winning the rainbow jersey. "My run was really good. I had a couple unclips ... but don't think it slowed me down too much, so I'm pretty stoked with my run. It feels really good to be the World Champ and I'll try and hold this one proud for Canada."

Shortly before Goldstone's win, Canadian teammate Hemstreet completed her run with a time of 4:44.11, which landed her in third place, to claim the bronze medal in the Junior women's category behind Izabela Yankova of Bulgaria and Kine Haugom of Norway.

“I’m so excited to represent Canada and stoked I medaled at my first World Championships,” said Hemstreet. “Thank you to Cycling Canada and the Stevie Smith Legacy Foundation for the support here in Val Di Sole.”