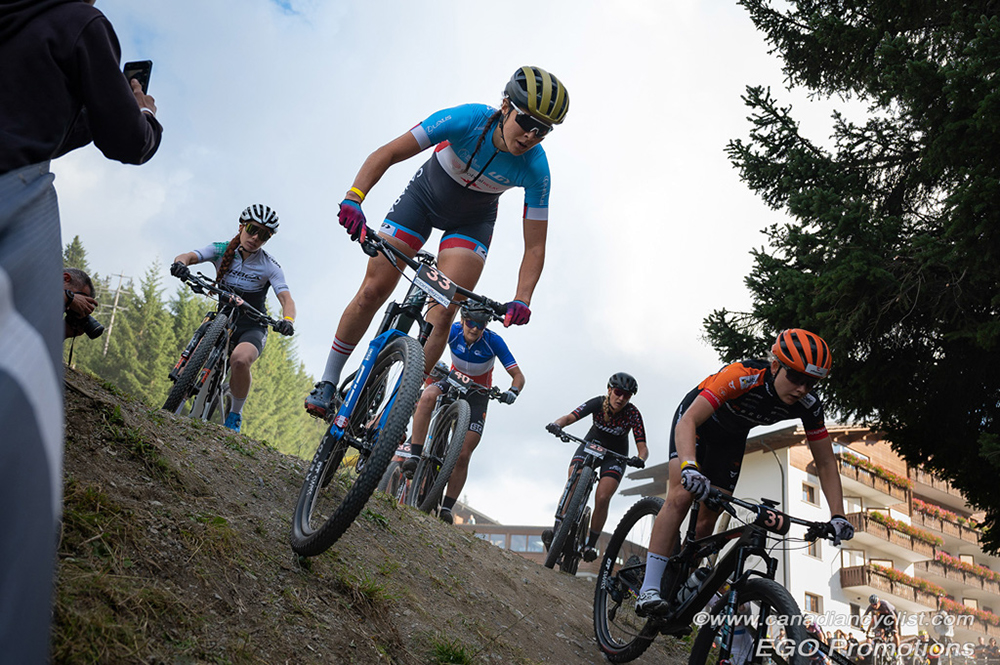 "It was a super hard race," said Jackson, "[and] 32nd is further back than I want to be, but honestly from where I was at last week I think it's a step in the right direction for my form and feel. The staff here with the National Team have been extra supportive in taking care of us in these last European races, so I'm taking motivation and resolve from what they're putting in to bring my best as well.

"There were a lot of messy mistakes and jam-ups throughout the race, I skirted most of them and only got held up a bit but I know Sandra had an unlucky start tangle. She did super well to recover and ride back up after though, I think she'll be charging Sunday, so I'll be making sure to check her good lines and take tips when we do our last course recon tomorrow!"

The circuit was physically demanding, opening with a long gravel climb. From the top of the climb, it was an undulating grass descent back to the final short asphalt climb to the finish line. The women did nine laps.

Rissveds and World Cup leader Loana Lecomte (Massi) did much of the pacemaking in the opening laps - interestingly, both missed the world championships cross-country the previous week due to illness. At the halfway mark there were still eight riders in contention, including short track world champion Sina Frei (Specialized) and Anne Tauber (CST PostNL Bafang). 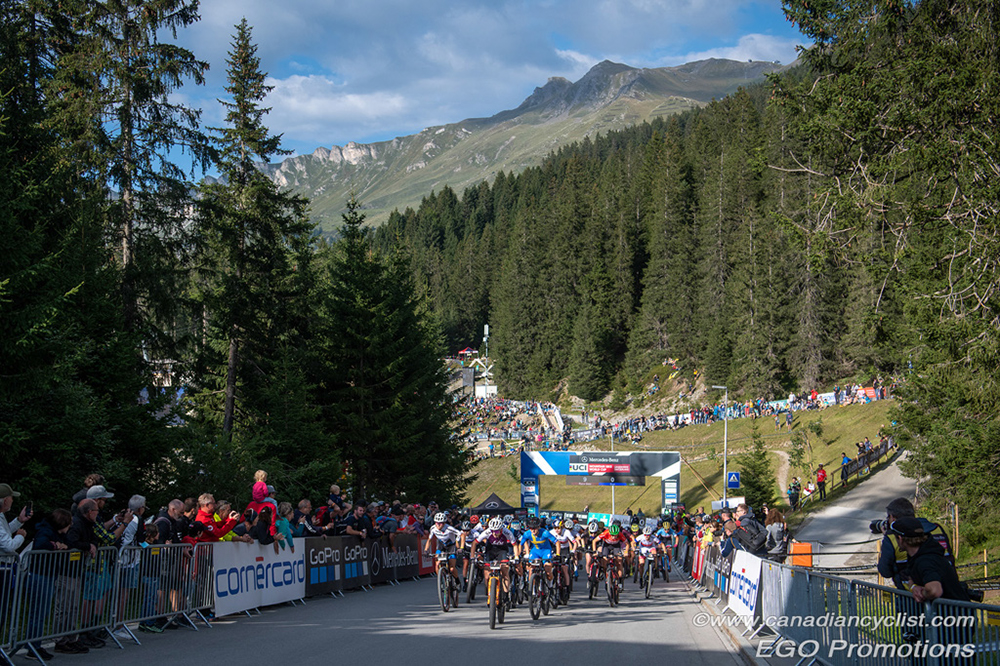 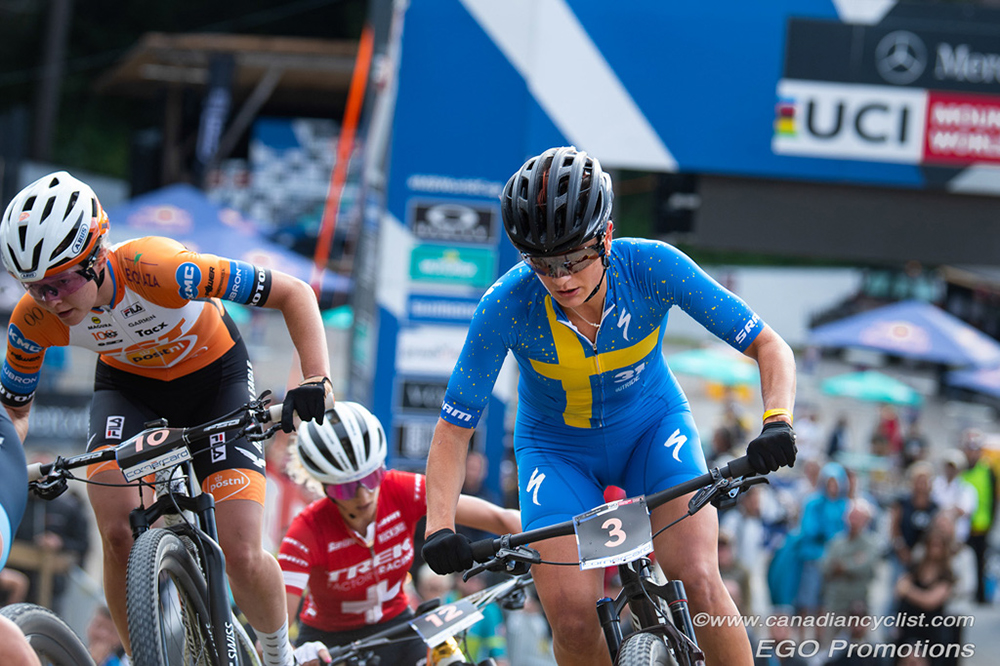 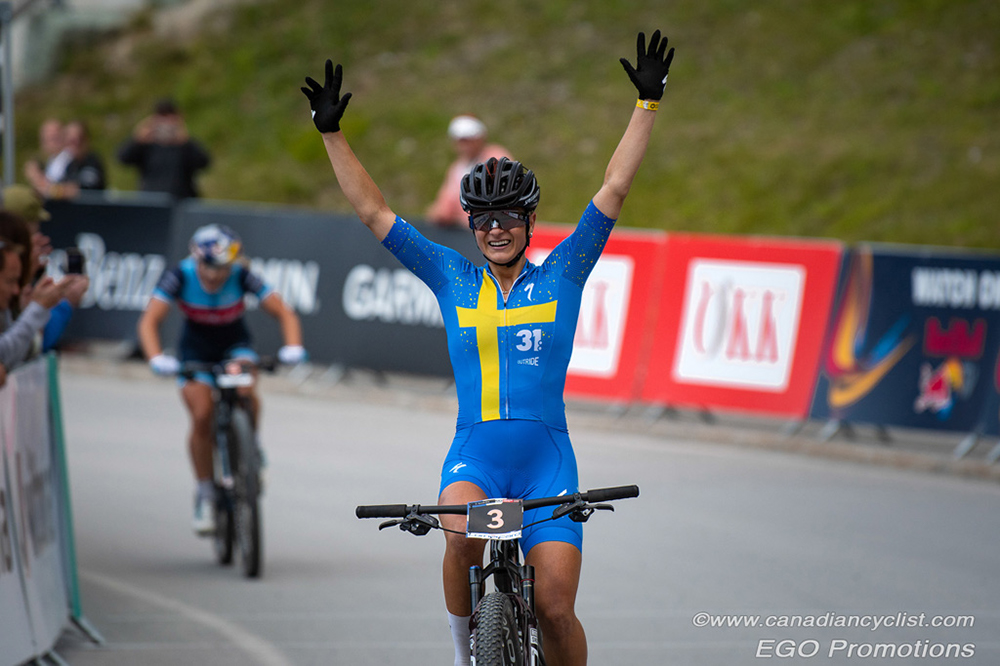 By the end of Lap 6 it was down to four after an attack by Tauber, when only Rissveds, Lecomte and Richards could join her. Neff looked to be struggling, but surged across to rejoin the leaders as they began the seventh lap. In the penultimate lap, Richards attacked hard on the climb and only Rissveds and Neff could stay with her as they began the final lap. Richards attacked again on the climb, dropping Neff, but then Rissveds counterattacked just before the top of the climb, opening a two second gap which she held to the finish line.

"It feels good, but it was hard," said Rissveds about the second short track win of her career." Lenzerheide is the location of her only cross-country World Cup win, and Rissveds agrees that the location suits her. "Mentally, it does a lot for me, with the good memories I associate with this place. I was sick last week [at world championships], so I was a little bit insecure coming into this World Cup. I have only good memories here, so I think that's why it suits me a lot."

In the overall standings, Lecomte leads the World Cup with 1400 points after finishing fifth, putting her 410 points ahead of second place, Pauline Ferrand Prevot (Absolute Absalon BMC). Rissveds stays in third, but moves to within 85 points of Ferrand Prevot.