For the first time in more than two years, Canadian national time trial titles have been awarded, with Hugo Houle (Astana-Premier Tech) winning for the men and Alison Jackson (Liv Racing) for the women.

The first national road championships since June of 2019 open on Friday, hosted by the organizers of the Tour de Beauce, in the region south of Quebec City. The out-and-back course featured the well-known rolling Beauce terrain and rough roads. Rain held off for most of the day, but strong gusting crosswinds proved to be a factor.

"I was going 70 to 75 kmph on some of the downhills and the bike was swinging," said Houle, "and it was scary the way the wind was pushing my bike around. I had to be quite careful."

In the women's race, the defending champions of the past few years - Karol-Ann Canuel (SD Worx) and Leah Kirchmann (Team DSM) did not return to Canada for the championships, leaving the title open to a new winner. Jackson, after her stage-winning performance at the Ladies Tour, was the clear favourite, and she did not disappoint, finishing the 28 kilometre race with a time of 39:58, 43.8 seconds in front of Marie Soleil Blais, with Gillian Ellsay at 1:21. 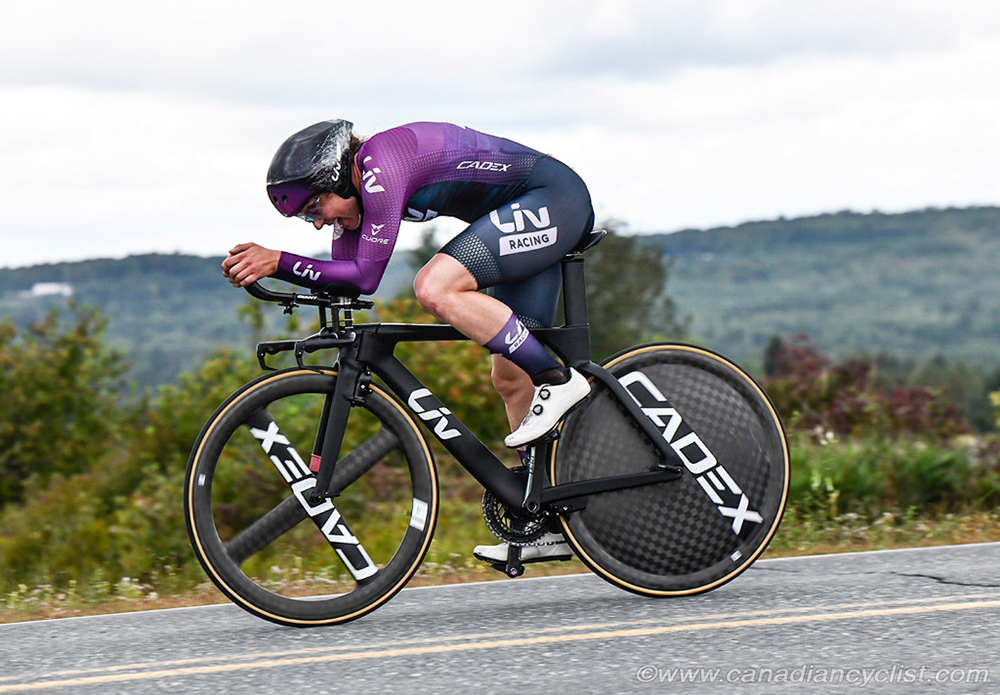 "I felt very strong," said Jackson, who won the first national title of her career. "I had a specific plan for pacing and I felt really good right to the turnaround and back. I just wanted to hold it to the finish line. I was actually pretty nervous; Marie Soleil has been riding really well locally, and it's hard to judge who would be better on a longer course. My strength year after year has been getting better and better, and being able to focus on the time trial will mean good things for the next Olympic cycle. It will be cool to wear the maple leaf jersey for the next year; I'll get to wear it at the Women's Tour of Britain in October."

Houle also came into the race as the favourite, after finishing 13th in the time trial at the Olympics. The Quebec rider won the title in 2015, and was fourth in 2016, the last time he attended the national championships. Houle was clearly riding at a different level then the rest of the field, completing the 34 kilometre course in 41:48, 1:39 ahead of second placed Alec Cowan (L39ion of Los Angeles). Olympic team pursuiter Derek Gee (Xspeed United) was third, at 1:45. 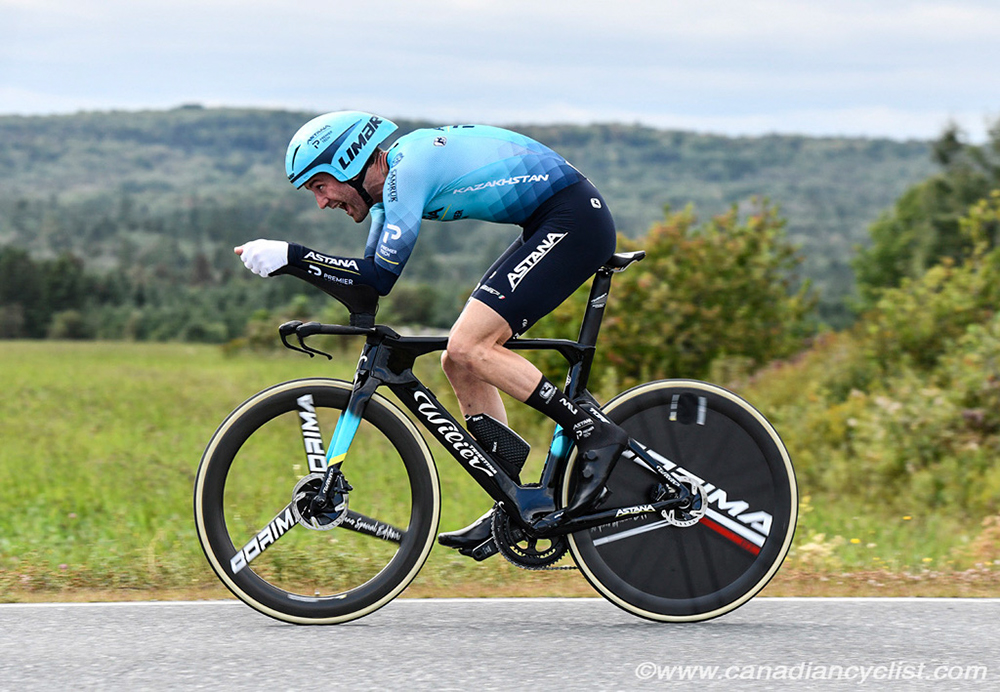 "It was a nice opportunity to be here this year," said Houle. "The last few years I haven't been able to attend the Nationals because I was preparing for the Tour de France. When I saw that it was in September this year, I had it in the back of my mind to try and win the jersey; it's always nice to be able to wear it in Europe."

"I'm glad I could do it; I think everyone was expecting it from me, but you still have to deliver the ride. Obviously, today was a really good day, and I felt strong from the start. I was able to execute my plan perfectly. It was a demanding course, a lot of up and down, and the rough road wasn't good, with a lot of holes and cracks. But I managed to stay on the bike and keep the tires safe all the way home. I'm really happy with my ride, it was the best I could give today and I was able to push to my limit."