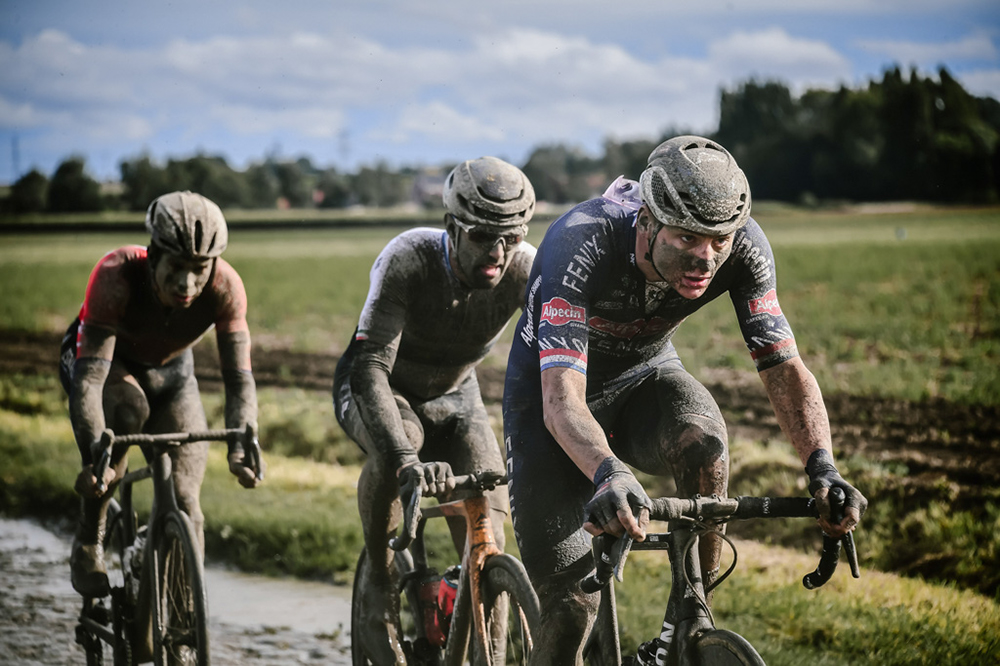 Boivin was chasing up to the leaders with van der Poel and a small group when he crashed in the Camphin-en-Pévèle sector of cobblestones - the fifth from last one with approximately 20 kilometres to go. While he was able to get going again fairly quickly, he was unable to rejoin the van der Poel / Colbrelli group, and was caught by the next group, containing Wout van Aert (Jumbo - Visma). That group sprinted for fifth.

Guillaume spoke with us about his race - his final one at the end of a long and successful season that saw him also race the Tour de France and the Olympics.

"It was a really good race for me; I knew I had amazing legs from Worlds last week [where he finished 17th in the road race]. I believe I was one of the strongest out there today, going away with Colbrelli and van der Poel. I made a mistake and it cost me a chance at the podium and maybe even going for the win."

"I hurt my wrist a bit in the crash, but I'm still pretty happy with the result - I think I showed the level I'm at, at the end of the season. I'll take a lot of confidence into the off-season, and I'm already looking forward to next year for the Classics."

"It was a good day ... maybe not quite as good as Steve [Bauer], but maybe I'll have a couple of more shots at it! It'll be a big focus for next year in those races [the Spring Classics], but now it's time to rest."