Canadian time trial champion Hugo Houle has signed a three year contract with Israel Start-Up Nation. He had already announced that he would not be returning to Astana - Premier Tech after the Canadian title sponsor pulled out [see our Interview with Hugo after his time trial win]. His team mate Jakob Fuglsang will also leave Astana for ISN. There is no word yet on whether Premier Tech will also join ISN as a sponsor. 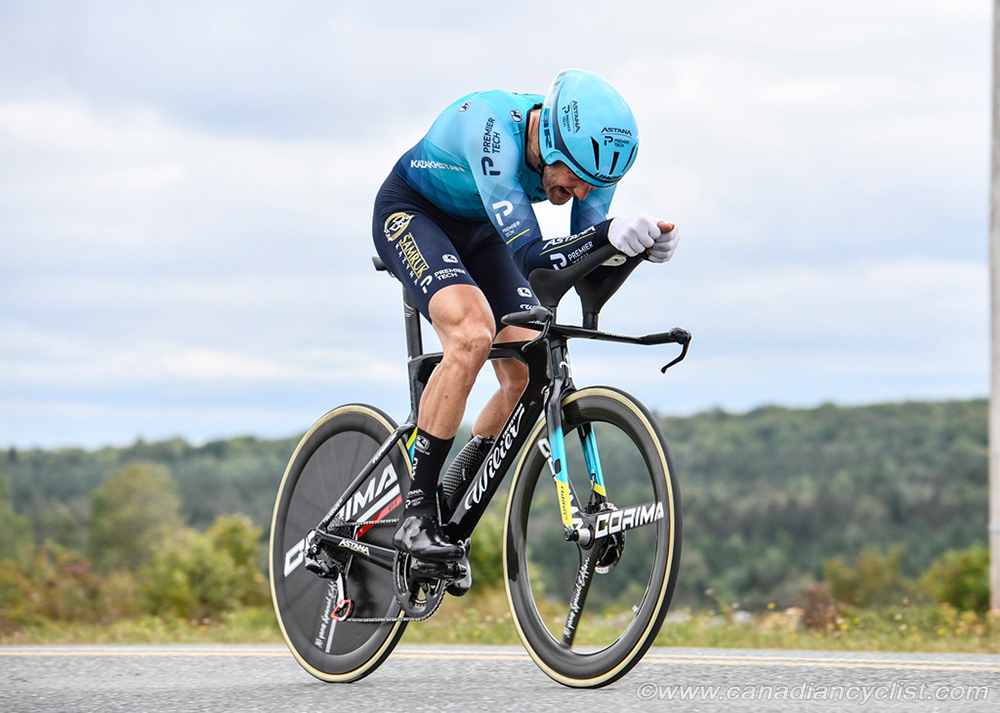 "We are constantly looking for ways to strengthen our team, and with these two new riders, we feel we have accomplished that," ISN's general manager Kjell Carlstrom says. "For a few years, Jakob Fuglsang has been up there with the best GC riders in the world, and he still is. To add another rider to our GC team with such capacities is definitely broadening our possibilities for great results, especially in week-long stage races. And with Hugo, we have got a strong helper who has shown how valuable he can be for his teammates, getting the team in the correct position at the right time."

Canadian-Israel Sylvan Adams, co-owner of the team, welcomes fellow Canadian, Houle: "We go way back, as I personally raced against Hugo when he was a Junior (he was super strong). Later, Hugo raced for the Canadian SpiderTech Pro Conti team, which I supported. Hugo has developed into a fine pro, and, as I expressed to him after he signed with us, he's come home and will race with his fellow Canadian buddies, Mike Woods and Guillaume Boivin. Welcome to ISN Jacob and Hugo!"

Hugo said in a statement: "After four years at Team Astana-Premier Tech, this new challenge brought me a new motivation for the coming season. I am really excited to join ISN. I want to thank Sylvan Adams for this opportunity to come home. It's natural to join him, as he contributed to developing Canadian cycling with the SpiderTech team and support in the World Championships. I'm sure the team will provide me with the best environment to keep progressing as a rider in the coming season and contribute to ISN's success."