Day 1 of the 2022 Junior/Under-17 Track Nationals saw Canadian records fall and 12 titles awarded. Eight riders claimed multiple medals and three athletes setting new Canadian records in the Individual Pursuit, including Carson Mattern in the Junior men, who came within less than half a second of breaking the world record.

Nora Linton (Attack Racing) set the first record of the championships by establishing a new U17 women's Canadian Record with a time of 2:31.640, which was immediately followed by another record set by Ashlin Barry (Mariposa Racing Team) in the U17 men's category, with both athletes smashing the previous records by over one second.

As anticipated, Junior Scratch Race world champion Carson Mattern proved to be unbeatable in the Junior men's races, the 18-year-old setting a new Canadian Record of 3:10.159 in the Individual Pursuit, less than half a second off the world record of 3:09.710. The second-year Junior went on the win the Scratch Race by lapping the field in the latter half of the race to claim his second gold of the day; a rare showing of the rainbow stripes in a national championships race. 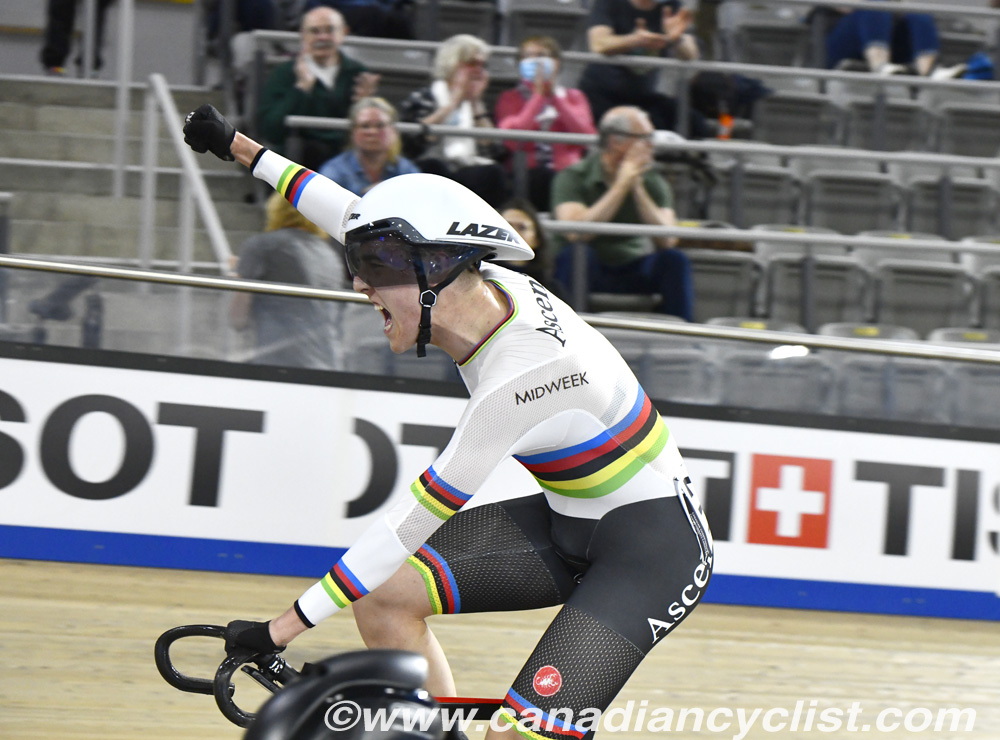 "I'm especially excited about winning the Scratch Race; it's been a huge goal to win a national title in the rainbow jersey," said Mattern. “I was pretty disappointed it didn’t happen at last Nationals so I'm really glad I was able to bring it home here at my last Junior Nationals. There's a lot of riders here that we haven't seen and a lot of people that have done a lot of work over the winter, so my plan was just to be smart about it and look for an opportunity to really make my mark on the race and that’s what I did."

Mattern attacked with approximately 15 laps to go, which he pointed out was the same as his winning move at the world championships.