Prior to Sunday's World Cup in Albstadt, Germany, Thomas Pidcock (Ineos Grenadiers) had not raced his mountain bike since he won the Olympic cross-country (XCO) title last year. It did not prove to be much of an issue as he rode away from the rest of the field to win his second ever World Cup. World champion and World Cup leader Nino Schurter (Scott-SRAM) won the sprint for second against Vlad Dascalu (Trek Factory).

Sean Fincham (Norco Factory) was the top Canadian finisher, with an impressive 48th place after starting near the back of the field on the 13th row, 103rd on the start list. He was 83rd by the end of the start lap, in the mid-50s by Lap 2, and cracked the top-50 on Lap 4. Other Canadian results are Peter Disera (Norco Factory) in 56th, Andrew L'Esperance (Maxxis Factory) in 57th, Quinton Disera (Canyon Devo) in 81st place, Marc Andre Fortier (Pivot Cycles-OTE) and Victor Verreault (Foresco Holding Procol RL) in 111th. Gunnar Holmgren (Pivot Cycles-OTE) did not start. 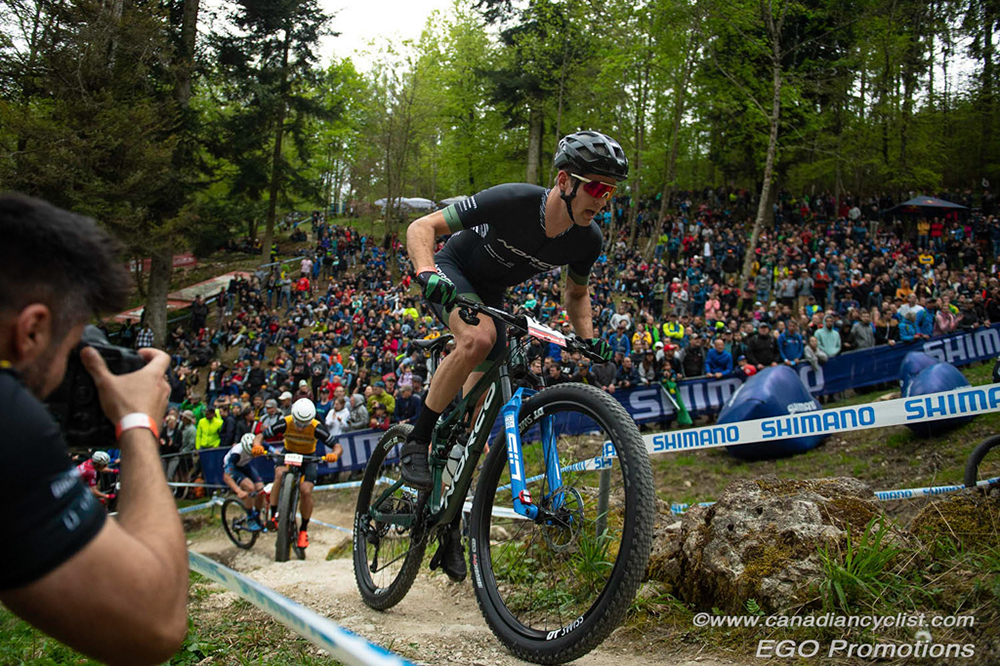 "[I'm] just happy to be feeling good again and moving up the field," said Fincham. "First lap was hectic starting at the back but I held a good pace and managed to move up quickly. Things started to fall apart in the last two laps after sprinting past so many people. Really looking forward to Nove Mesto next weekend!"

The Albstadt course is considered one of the hardest on the World Cup circuit, with multiple long, steep climbs each lap, and technical, demanding descents. There is no place to rest, and many riders have faded badly in the final laps after going out too hard. The men raced a shortened 2.8 kilometre opening lap before tackling six laps of the main 4.2 kilometre course.

The race started with a blazing fast pace, led out by Schurter on the start lap, which left less than 20 in the lead group by the time the riders began the first full lap. Most of the top contenders were in this group, including Pidcock, Schurter, Dascalu, last year's winner Victor Koretzky (France), defending World Cup champion Mathius Fluckiger (Thomus Maxon), Henrique Avancini (Cannondale Factory), Titouan Carod (BMC MTB) and Alan Hatherly (Cannondale Factory). 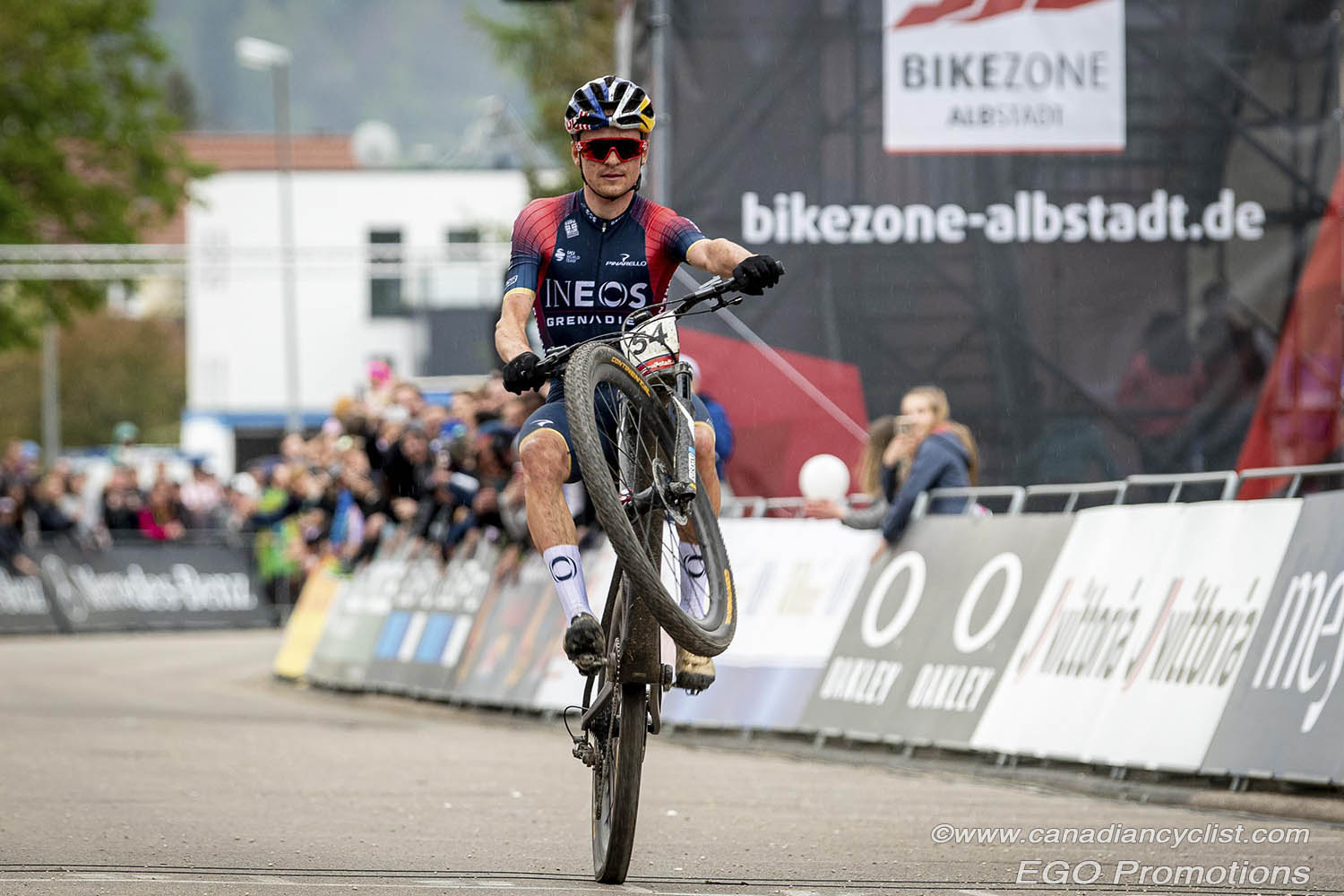 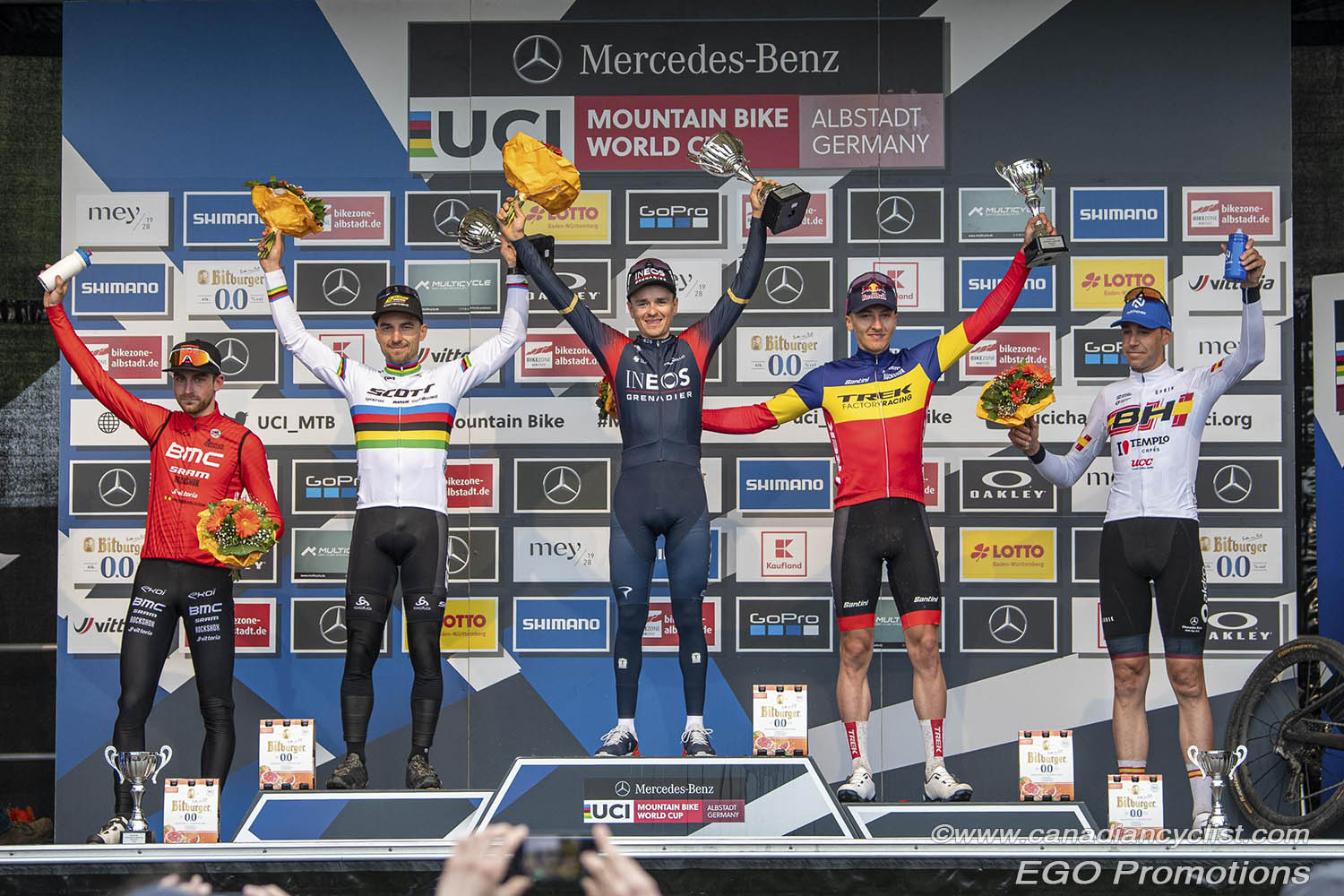 Schurter continued to push through the next two laps and the leaders shrunk to Pidcock, Schurter, Dascalu, Fluckiger and Hatherly. Dascalu broke his saddle on the second lap, falling back to the chase group before he got a replacement from the pits. Pidcock then made his move on the other three in the third lap with a tremendous surge on one of the steepest sections of the course.

Schurter tried to match the Brit but couldn't, having to wait for Fluckiger, Hatherly and Carod, who joined the chasers. They struggled to limit the gap in vain, as Pidcock continued to power away on the climbs and the flats; it was only on the descents that they could limit the damage, but the gap kept going up, reaching almost a minute by the start of the final lap.

Fluckiger suffered a rear puncture on the fourth lap, to eventually finish 13th, while Dascalu was making a remarkable comeback, catching Schurter and Carod on the final lap as Hatherly faded. Pidcock slowed after the final climb as rain began to fall, to cautiously making his way down the last descent and roll into the finish. Schurter and Dascalu dropped Carod to sprint for second, with the world champion just holding off the 2019 Under-23 world champion at the finish line.

The top three in the overall standings remain unchanged, with Schurter extending his lead to 538 points. Maxime Marotte (Santa Cruz FSA) stays in second at 361 points, followed by Hatherly at 334. Dascalu makes a big jump from seventh to fourth, only 14 points out of the top three.

"They set off really fast in the first few laps," explained Pidcock. "But after going really hard they eased off and it [the lead group] was keeping together. Nino was pushing really hard on the descents, he was really going. I found myself on the front and I thought I would test the waters a little bit and see where everyone was really at. I got a gap and that was it. I haven't ridden my mountain bike so much this year, so it's a different sort of effort [from the road]. Those repeated climbs and having to dig deep each time was harsh."