Thomas Pidcock (Ineos Grenadiers) won his second consecutive XCO World Cup on Sunday, at Nove Mesto na Morave, Czech Republic. The Olympic champion moves into second in the overall standings after three events, despite not having attended the first round. Vlad Dascalu (Trek Factory) finished just behind the Brit, with world champion and World Cup leader Nino Schurter (Scott-SRAM) in third, after a remarkable comeback from a mid-race puncture. 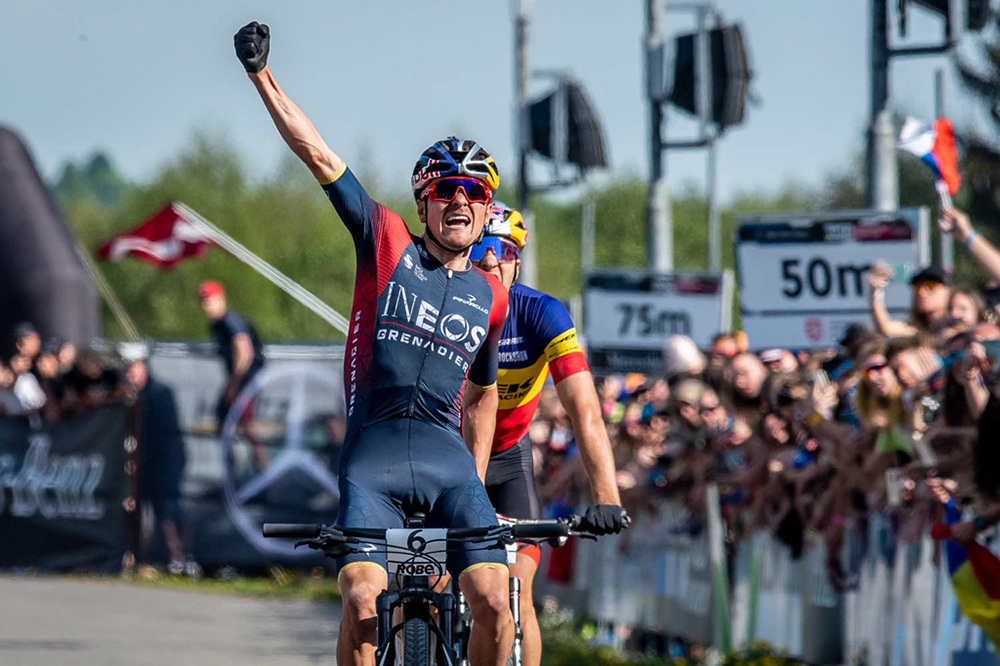 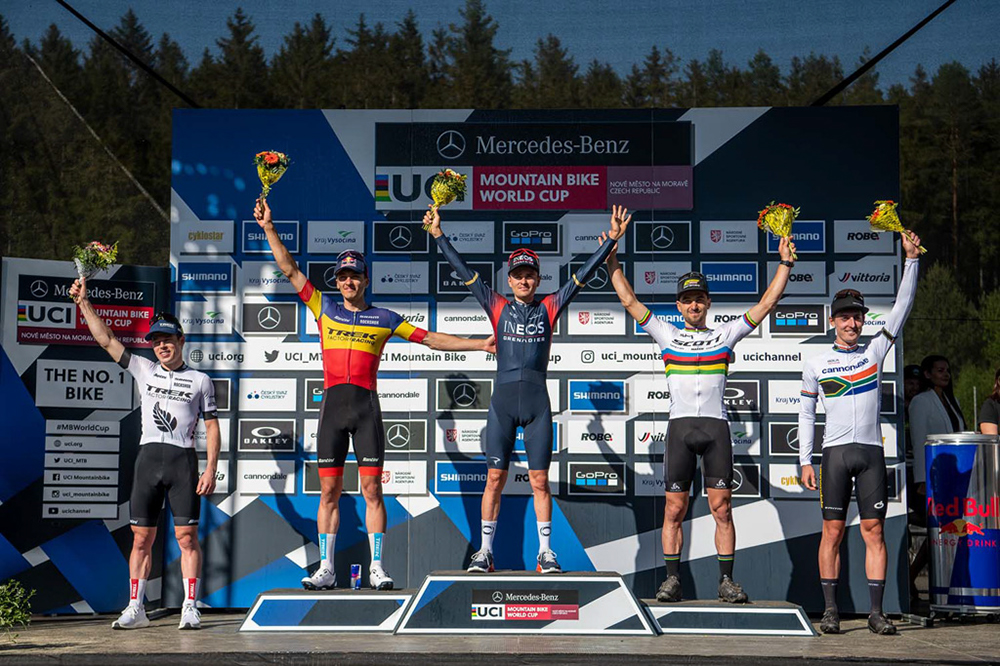 The Nove Mesto course is dominated by long, steep climbs, with the men doing a shorter, 2.7 kilometre start lap followed by seven laps of the full 3.9 kilometre circuit. 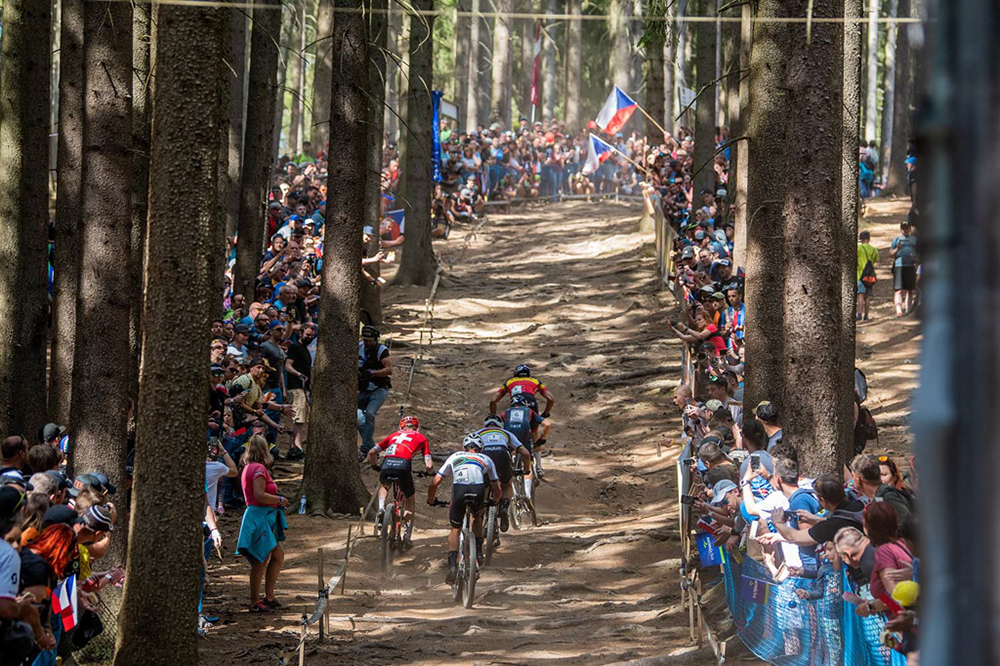 Gunnar Holmgren (Pivot Cycles-OTE) was the top Canadian, in 23rd place, less than 20 seconds out of a top-20 result. He came out of start lap in 60th, was into the 30s by the end of Lap 4 and continue to push up through the field for the remaining three laps. Andrew L'Esperance (Maxxis Factory) was the next Canadian in 45th, followed by Quinton Disera () in 46th. Peter Disera (Norco Factory) was 51st, Tyler Orschel (Team Canada) 63rd, Sean Fincham (Norco Factory) 68th, Marc Andre Fortier (Pivot Cycles-OTE) 78th and Victor Verreault (Foresco Holding Proco RL) 95th. 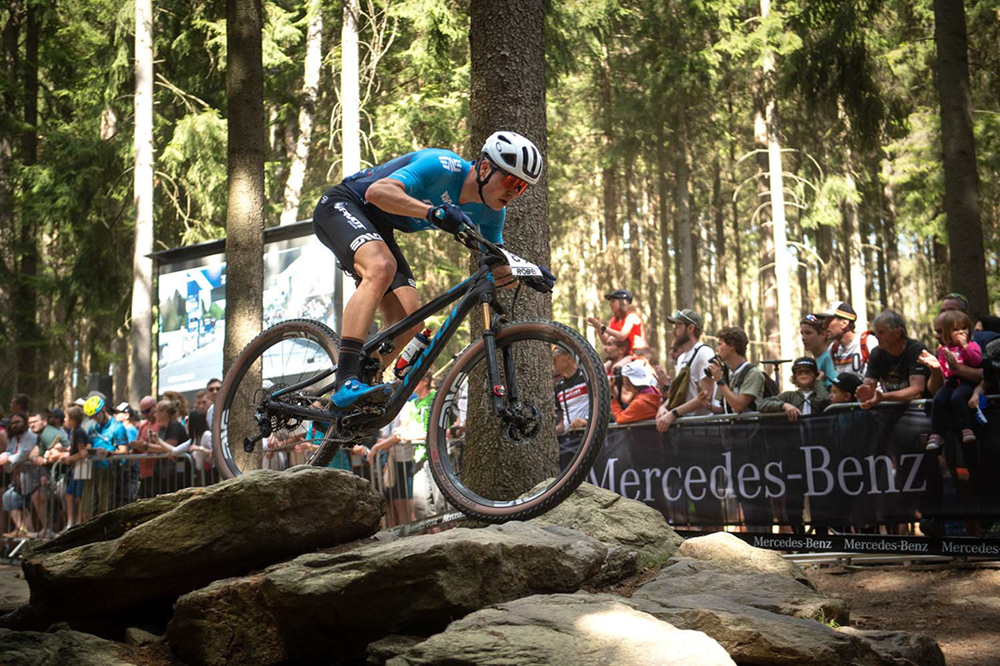 "I'm really happy with my performance today and the result!," stated Holmgren. "The Czech fans were back in full force. I'm really grateful to be able to race in such an incredible atmosphere; thanks to them!"

"Last weekend I decided to skip the Albstadt World Cup due to a little cold so I could be in good shape for Nove Mesto. I think I made the right call. The first part of this season was a ton of fun and has flown by very quickly. Now time to head home, rest a little and then build for a mega block in the middle of the summer." 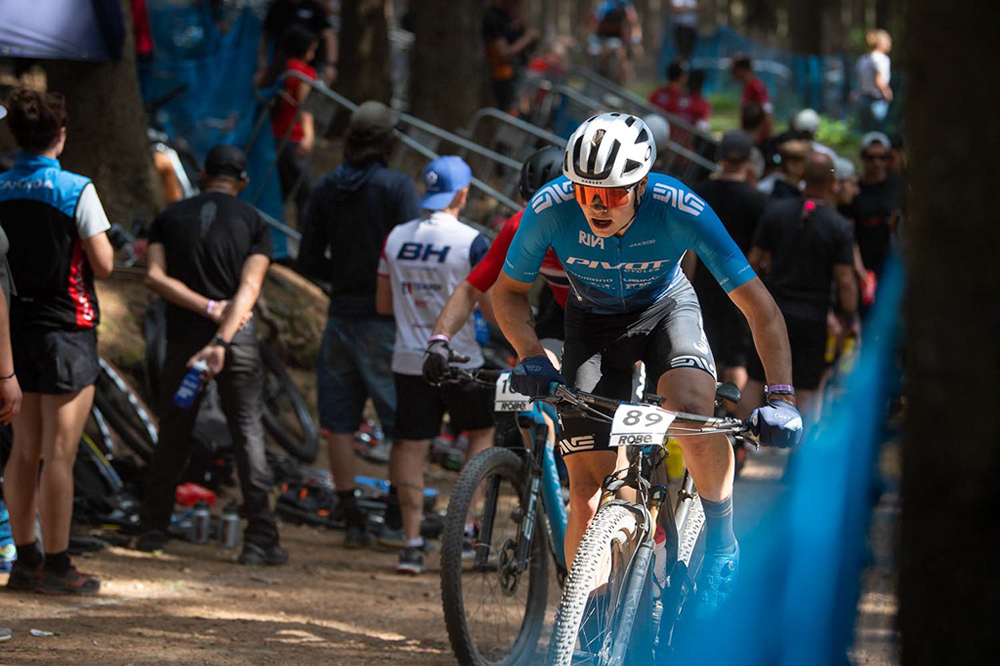 Dascalu, looking for his first World Cup win, charged to the front on the start lap, with Pidcock having a slow start that saw him in 15th at the start of the first full lap. The Brit surged on the main climb, joining the leaders by the halfway point. He was joined by Schurter, Dascalu, Filipo Colombo (BMC MTB), Alan Hatherly (Cannondale Factory) and defending World Cup champion Mathias Fluckiger (Thomus Maxon) by the end of the second lap, with a few others a handful of seconds back.

Schurter went to the front on Lap 3, setting a hard pace on the climbs that was stretching out the lead group of five after Colombo was dropped. On the next lap, disaster struck for Schurter with a flat. He was able to limp into the pits and get a new wheel but started Lap 5 a minute down on the four leaders - Pidcock, Dascalu, Fluckiger and Hatherly. Anton Cooper (Trek Factory) briefly joined the leaders, but was dropped again when the pace ratcheted up on the climbs. 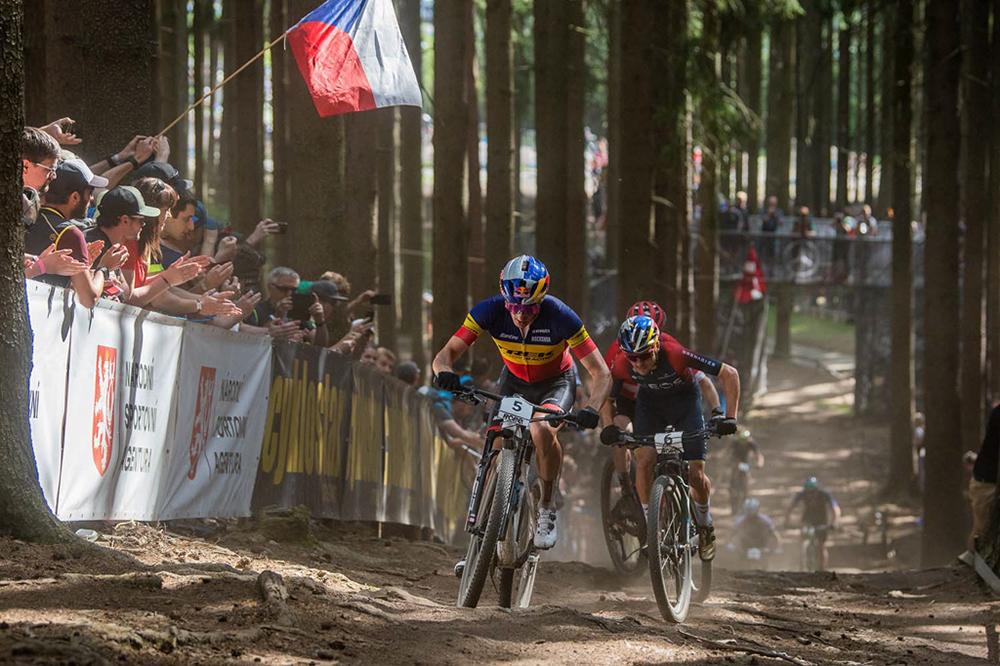 Luckily for Schurter, the lead group seemed to have lost some impetus, with Pidcock and Dascalu gapping the other two on the climbs, as Hatherly eventually cracked, leaving three at the front. By the start of Lap 6, Schurter was within 26 seconds of the leaders, then 18 seconds back after the first climb, and rejoined the lead as they began the last lap.

Dascalu then launched a surprise attack on the first climb, taking Fluckiger with him as Pidcock seemed to be caught by surprise. The British rider and Schurter rejoined the leaders by the top of the climb, and all four were together for the descent, before Dascalu attacked again at the base of the main climb, and only Pidcock could respond this time, with Schurter dropping Fluckiger to take possession of third place. The two leaders rode together until the final asphalt straight, when Pidcock put his road skills to good use, easily outsprinting Dascalu.

"That was a difficult race," admitted Pidcock, " and to be honest I felt crap all race. I just couldn't push, and I had only one pace. I couldn't go hard enough to split it. I knew Vlad would have a super fast last lap and I was having problems with my bike ... it just wasn't playing out right. But I knew that if I could just hold the gap to Vlad, then with the headwind at the finish I'd be able to come past him."

Schurter remains in the overall lead for the Series after three rounds with 732 points, but Pidcock vaults from seventh to second, 132 points back, while Dascalu moves up one spot to third, bumping down Hatherly. Holmgren moved up to 41st from 48th, while Peter Disera dropped two spots to 49th.