Canada's Molly Simpson finished second on Saturday in the opening round of the BMX World Cup, held in Glasgow, Scotland. Simpson won her quarterfinal heat, and in the Final led until the final 20 metres, when Malene Sorensen of Denmark came up beside her to pip the Canadian at the line. The following day she was ninth in the second round, and sits third in the overall standings. The only other Canadian to compete, James Palmer in Elite Men, was 55th in Round 1 and 41st in Round 2, to sit 46th overall. 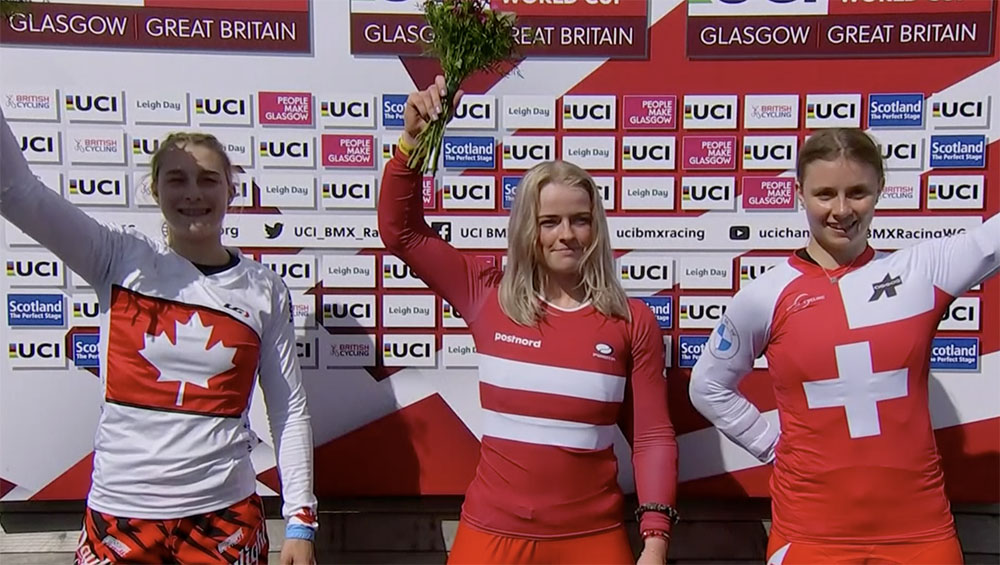 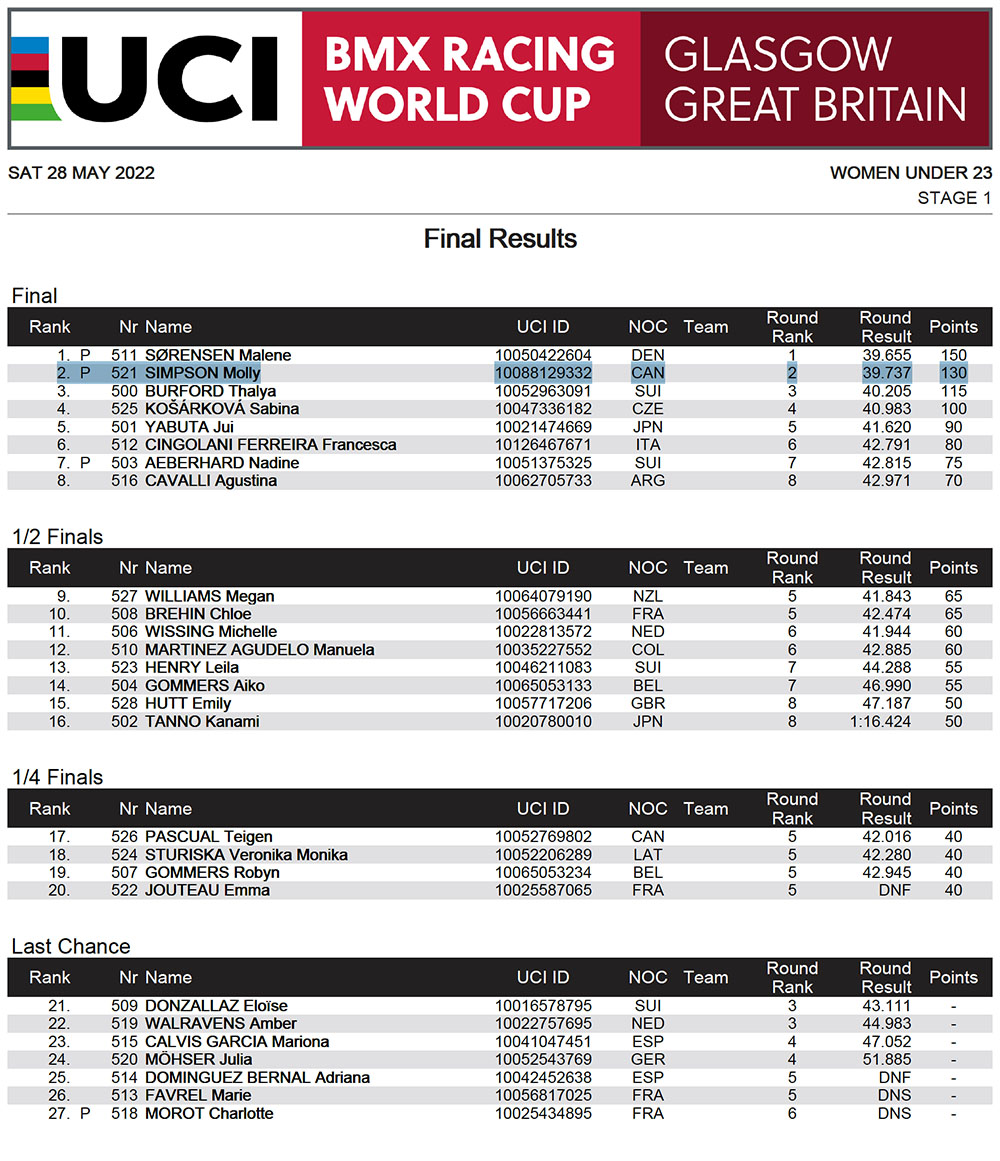