Maggie Coles-Lyster (DNA Racing) held off a late charge by defending champion Alison Jackson (Liv Racing) to win the first Canadian road title of her career on Sunday, in Edmonton. Simone Boilard (Saint Michel-Auber93) took third, as well as the Under-23 title.

The 14.6 kilometre circuit took the riders through the streets of downtown Edmonton as well as criss-crossing the river valley of the North Saskatchewan River that bisects the city. Riders faced three climbs per lap, but it was the final steep one of 300 metres that proved to be decisive, levelling out just 200 metres before the finish line. The women rode eight laps for a total of 116.8 kilometres. 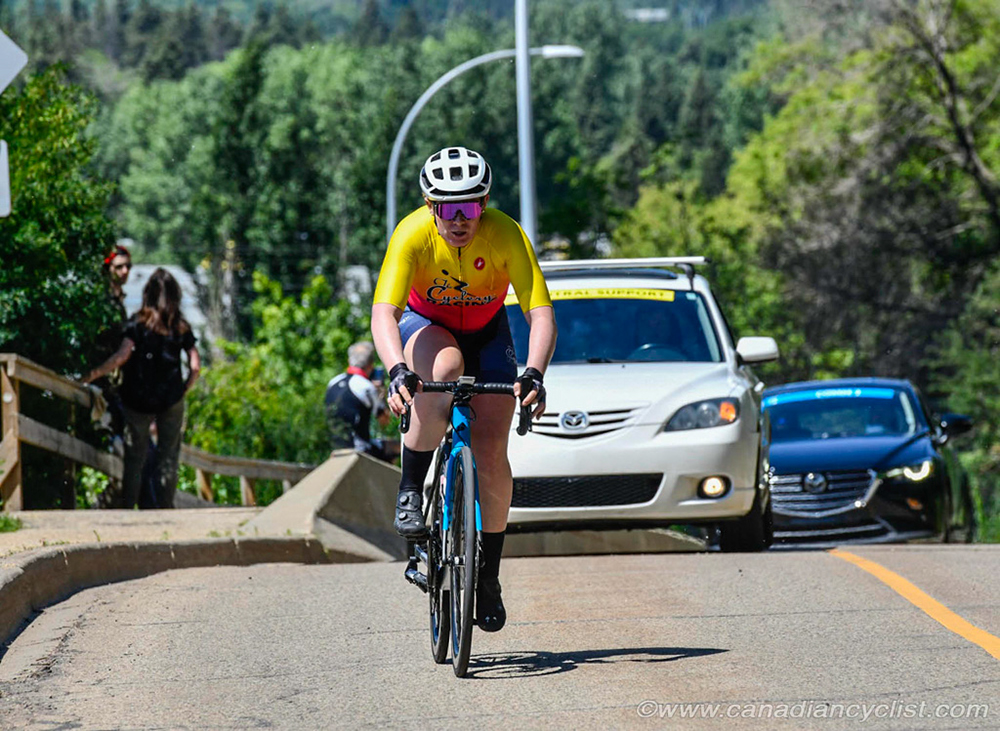 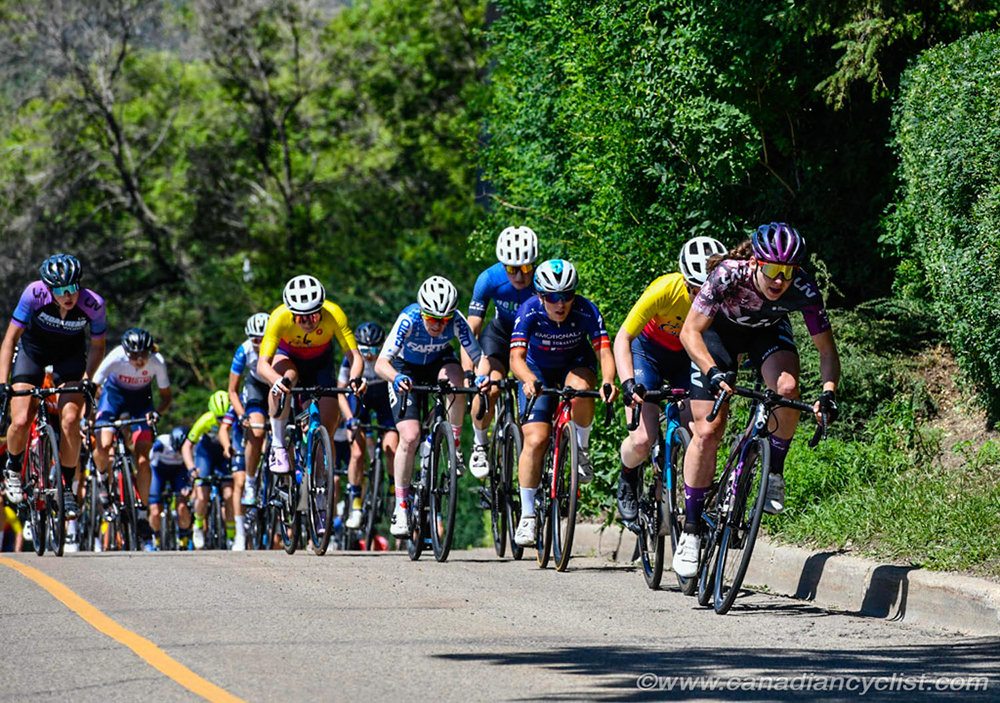 The race started sedately for the first lap before Caileigh Filmer (The Cyclery) rode away solo on the second lap. Filmer is a rower who won a bronze medal at the Tokyo Olympics, and she showed her strength by pulling away to over a minute lead within a lap, reaching a maximum of 90 seconds. Jackson went to the front a few times on the climbs to up the tempo, and try and rally a chase, but Filmer held on until the sixth lap before she was finally reeled in.

Once the Filmer threat was neutralized, the peloton slowed, with everyone recognizing the race was going to come down to the final climb. Coles-Lyster went through the final corner on the inside line and hit the bottom of the hill at the front, so she began her sprint almost immediately, with a gap over the top and just managing to hold off Jackson by half a bike length for the title. 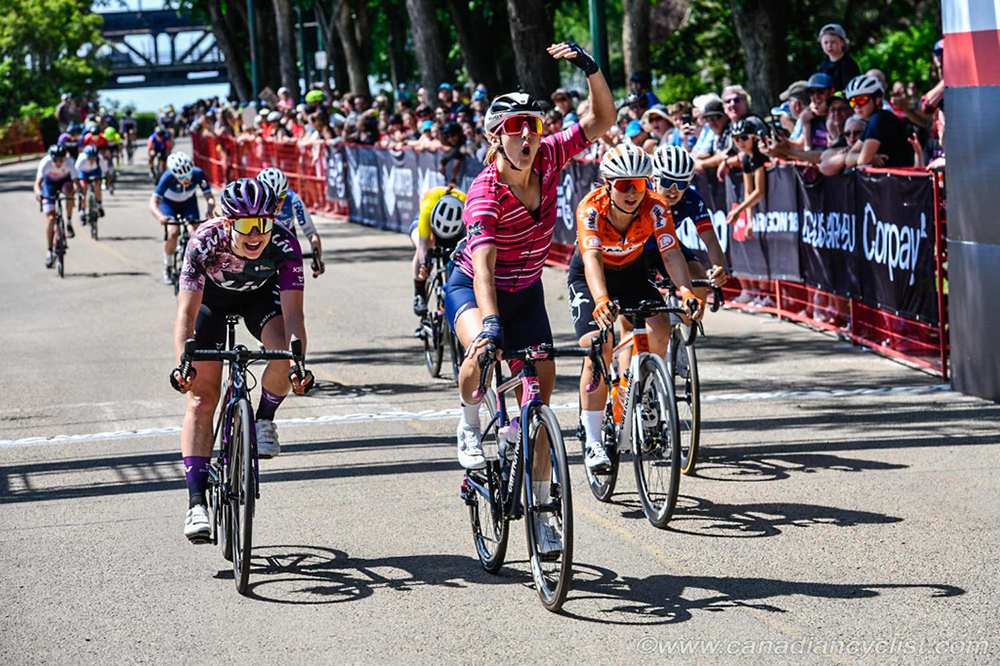 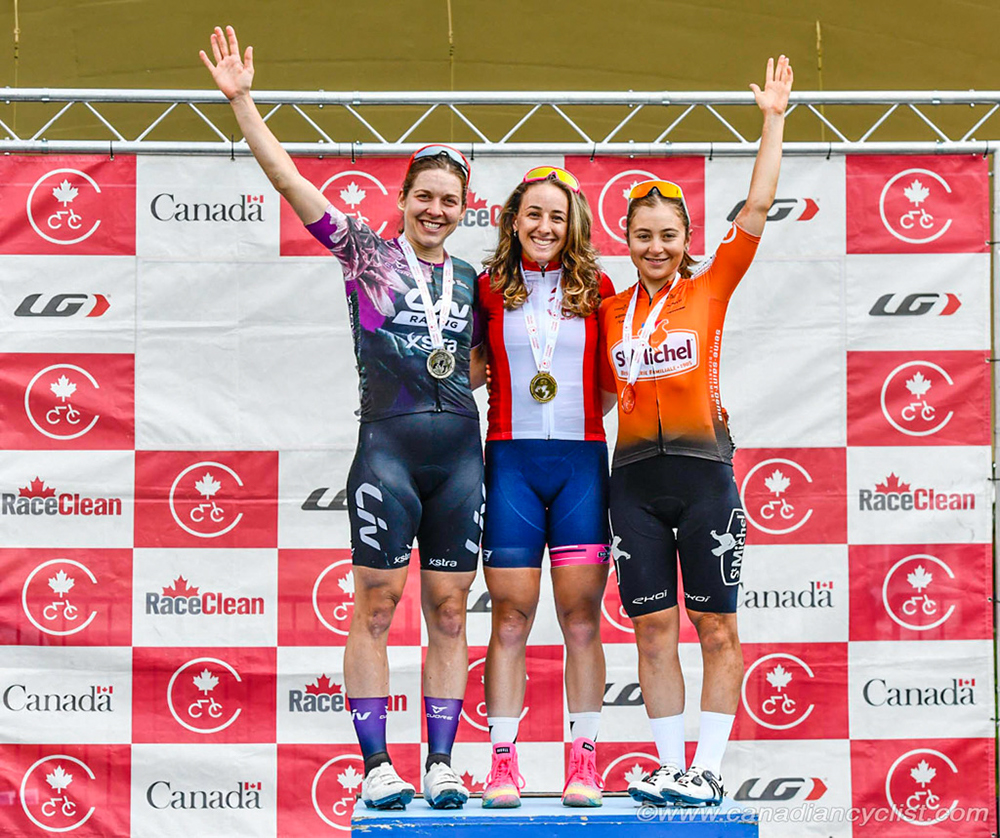 "This is a huge win and it is really still sinking in," said Coles-Lyster. "It's the first road national title I've gotten as an Elite, which is extremely exciting to me. Being able to wear the maple leaf for the next year ... is incredible. It was a good course for me and I've had some recent wins, so I knew I was in good form. Being a one rider team, my job was to sit on and play it smart and follow the right moves. I wasn't planning on being first to the [final] climb, but getting to the bottom first and opening up my sprint early, that's how it went. At that point it was just a matter of going and holding on to the line."