The final day of competition at the Road Nationals in Edmonton, saw Criterium titles awarded on Monday afternoon. The Yukon Territory won its first title in the Junior women's race, with Mara Roldan (TaG Cycling Race Team) riding away from the rest of the field in the final half lap. The Junior men's title went to Saskatchewan's Fergus English (SPS Athlete Development Cycling Club).

Ontario was very aggressive in the women's race, sending Kiara Lylyk almost from the start and then Ava Holmgren once Lylyk was brought back. Holmgren opened a gap of over 20 seconds, and looked to be on her way to victory before the chase finally brought her back with three laps to go. Roldan began to wind up her sprint on the back straight, and had a couple of bike lengths coming out of the final corner, which she extended even further by the finish line. Alexandra Volstad (Team Alberta) was second and the new road champion Penelope Primeau (Equipe du Quebec) was third. 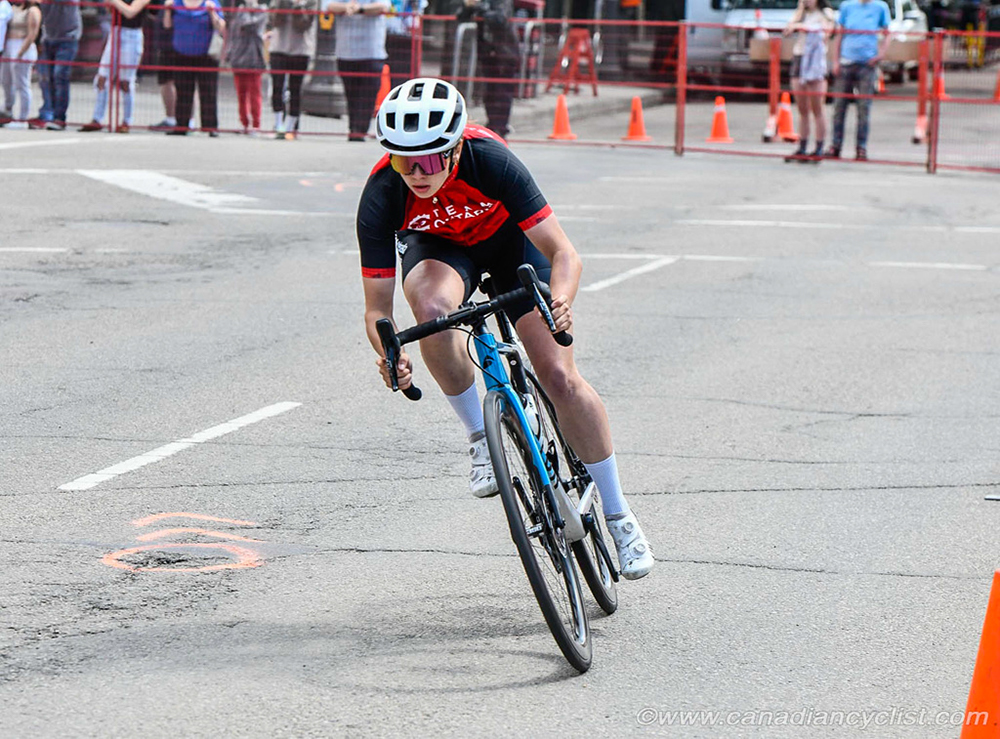 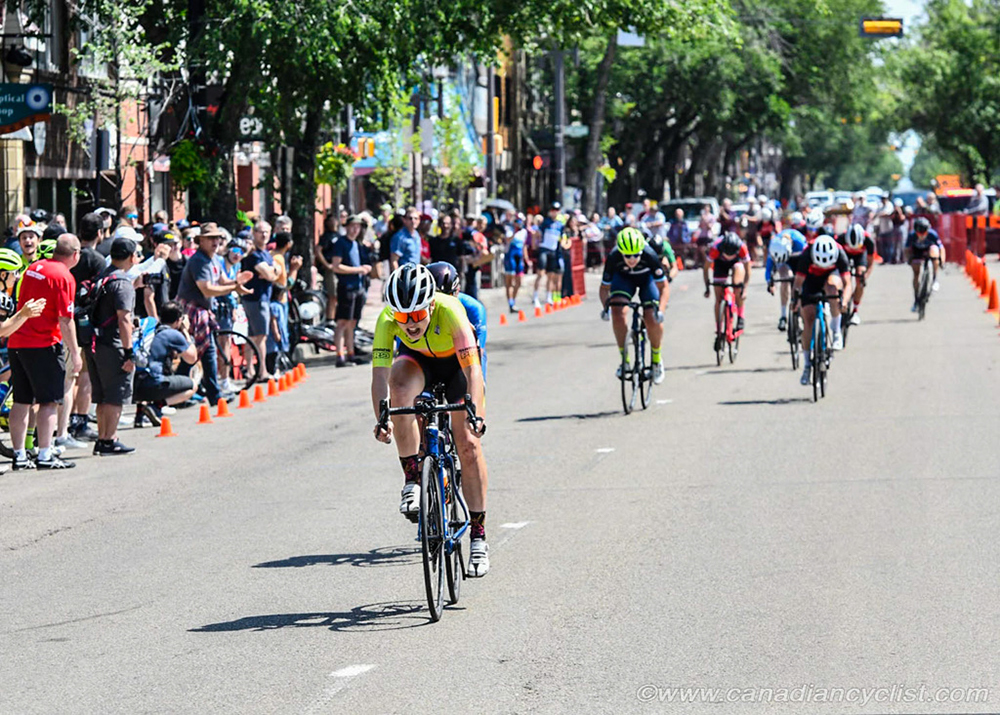 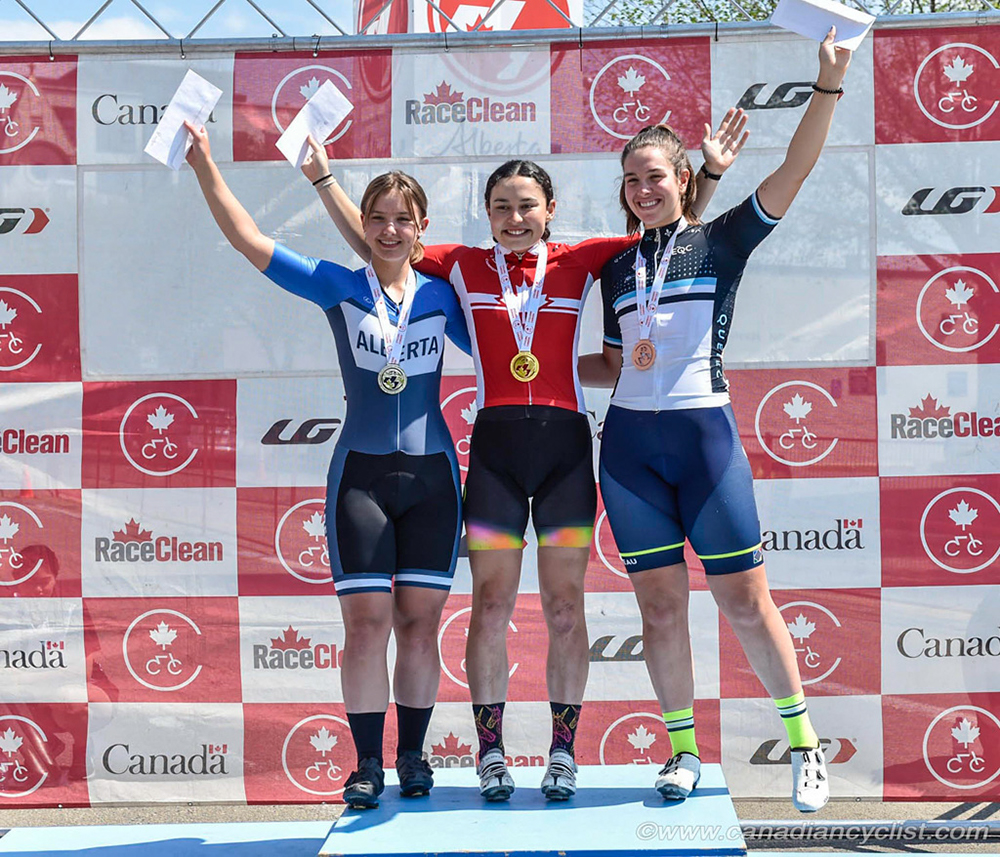 "I was a little concerned [about Holmgren's break]," said Roldan, "but I knew that I had some fuel left in the tank and that if it came down to a last lap thing, that I still might have been able to catch back. But I felt pretty confident we were going to catch her. On the last lap I knew that I had to be near the front; I'm definitely not a short sprinter, so I had to go early. Coming out of the second to last corner I was third and the two girls in front of me started slowing down, and I knew that I couldn't let that happen. So I went for it, even though it may have been too early. As soon as I came out of the last corner I just bolted as hard as I could and didn't look back. It worked out in the end."

The men's race was very aggressive from the start, with multiple break attempts. However, nothing could stick for more than a lap or two, and the speed steadily whittled down the field, with only 20 riders finishing on the lead lap. English exploded out of the final corner to take the lead, holding off Jerome Gauthier (Equipe du Quebec) at the line. Luca Veeman (SPS Athlete Development Cycling Club) was third. 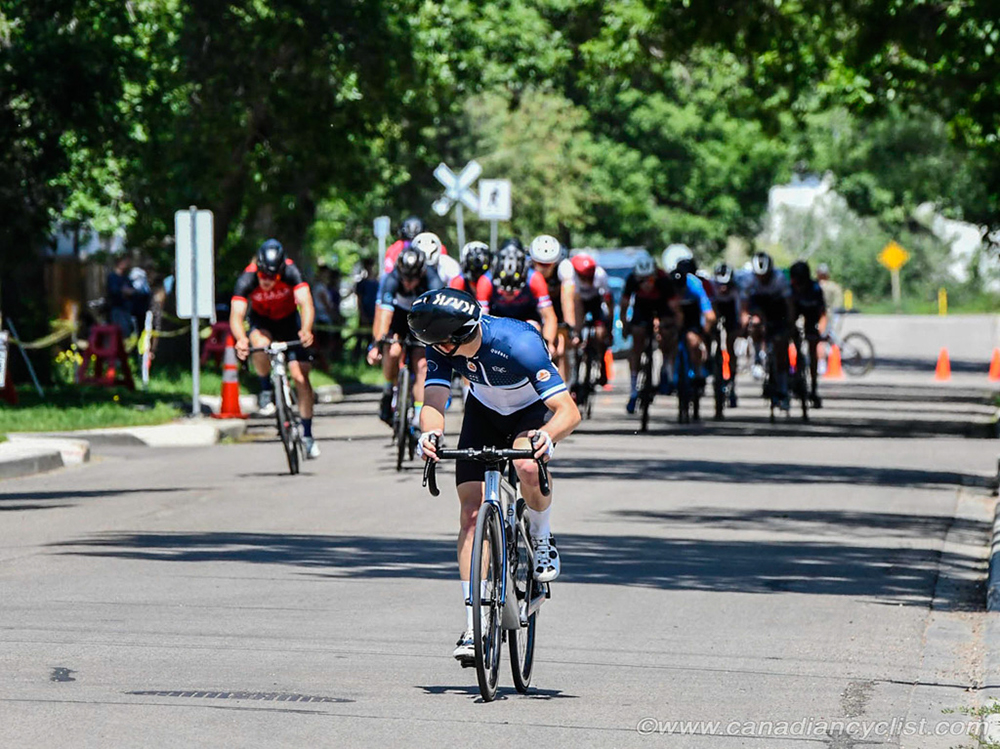 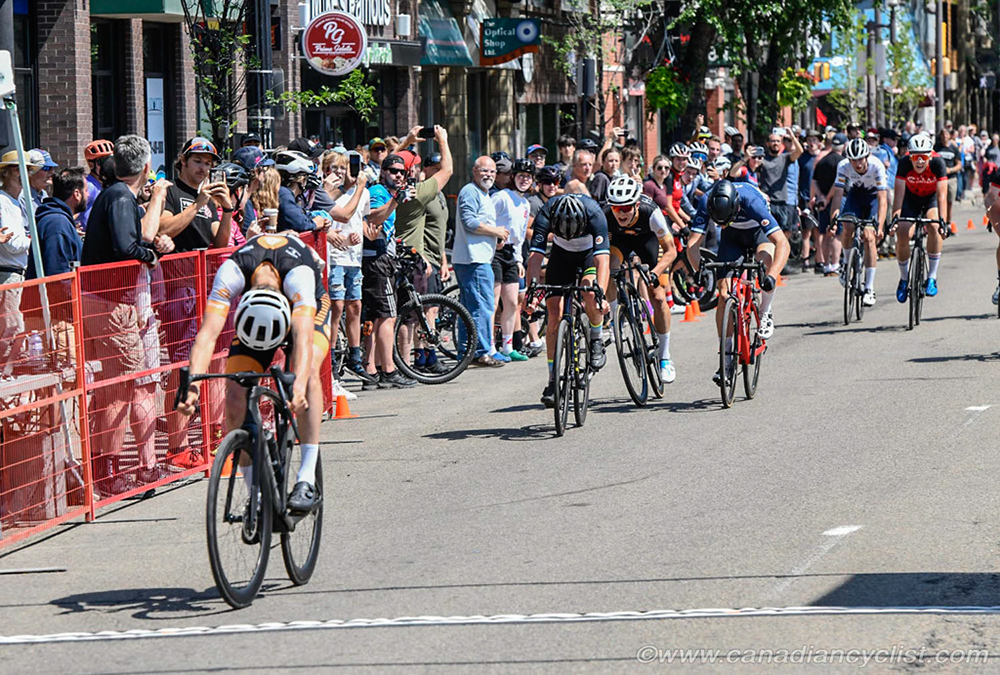 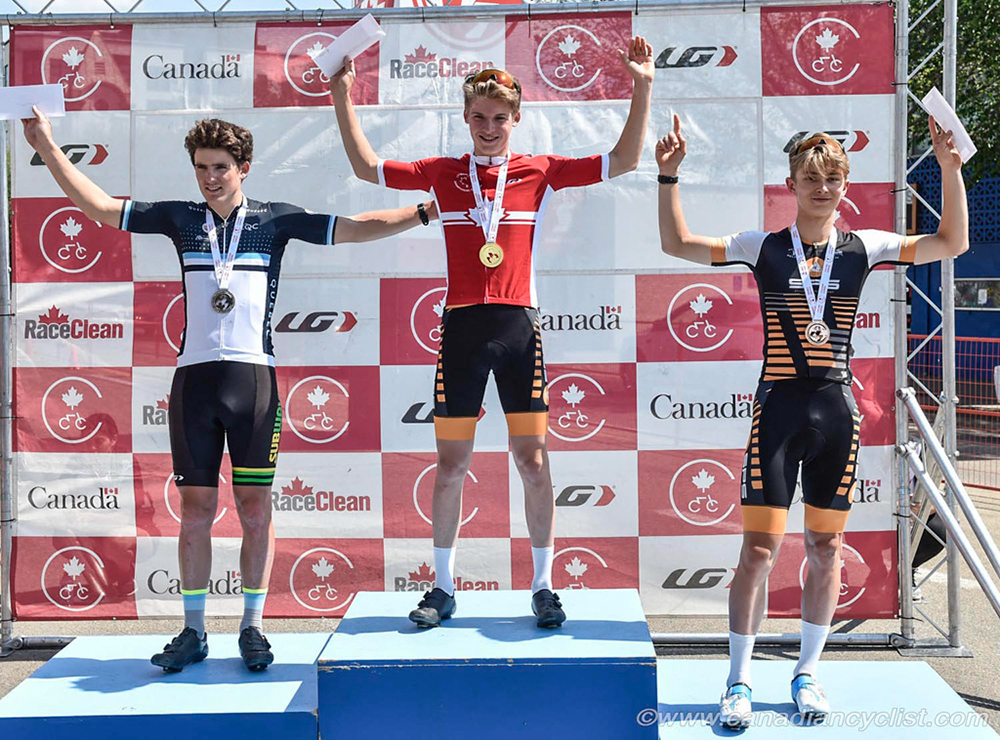 "I tried to position myself to the front as possible," explained English, "and just hang on for all of the attacks. I had to chases back a couple, but there were other teams doing it to. Towards the end it was just positioning near the front and sprint for the finish. I started my sprint on the second last straight, and out of the last corner I just kept sprinting. I'm a speedskater, so I guess I have some snap in my legs."