Jérôme Gauthier, who is from from Amos, provided a home win. After suffering a concussion during a Nation's Cup race in May, the 2021 National champion is now on Team Québec for the 52nd edition of the Tour. In 2021, he was crowned Quebec champion, as well as Canadian champion.

Mathieu Dupé of the French national squad took second place and, for the first time since 2010, two riders from Abitibi were on the podium, with Thomas Périgny from Team Subway finishing third.

Stage 1, sponsored par Agnico Eagle, will be the first official stage of the 52nd Tour de l'Abitibi. The cyclists will leave from Rouyn-Noranda, in front of the Cégep de l'Abitibi-Témiscamingue at 4:45 pm. They will ride across the Aiguebelle National Park for the second time. The final arrival is expected to be at 7:10 pm in Amos, in front of the cathedral, to complete a total of 131.7 kilometres.

Link to full results at bottom of page 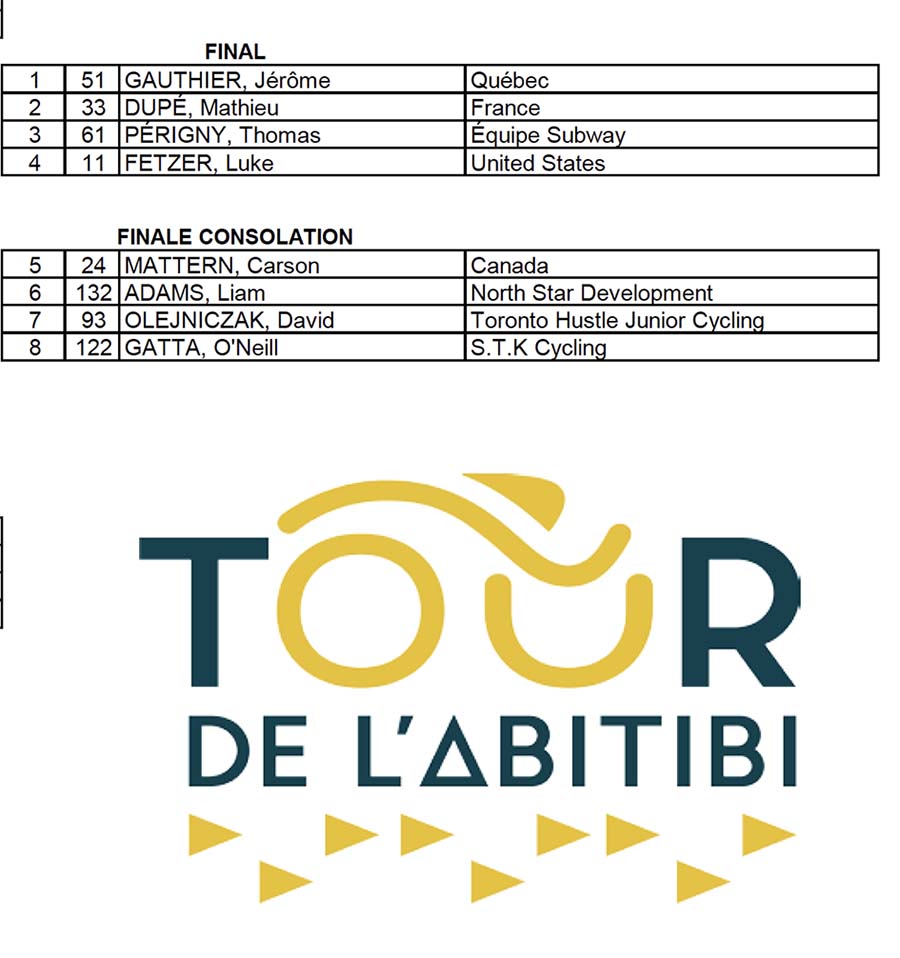