French national champion Titouan Carod (BMC MTB) won the first Elite XCO World Cup of his career on Sunday at Mont-Ste-Anne, Canada, with a completely dominant performance on the course he called his 'favourite'. In a five-way battle for the remaining podium spots, Carod's team mate Filippo Colombo outsprinted David Valero (BH Templo Cafes UCC) for second. Nino Schurter (Scott-SRAM), despite finishing just off the podium in sixth, holds onto the overall leader's jersey with one race to go. 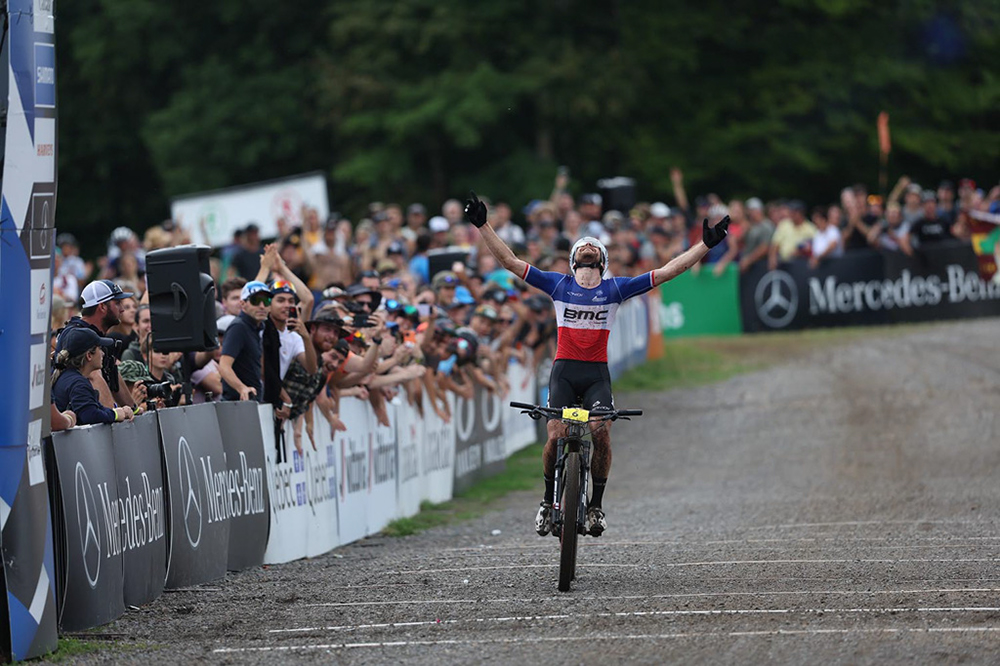 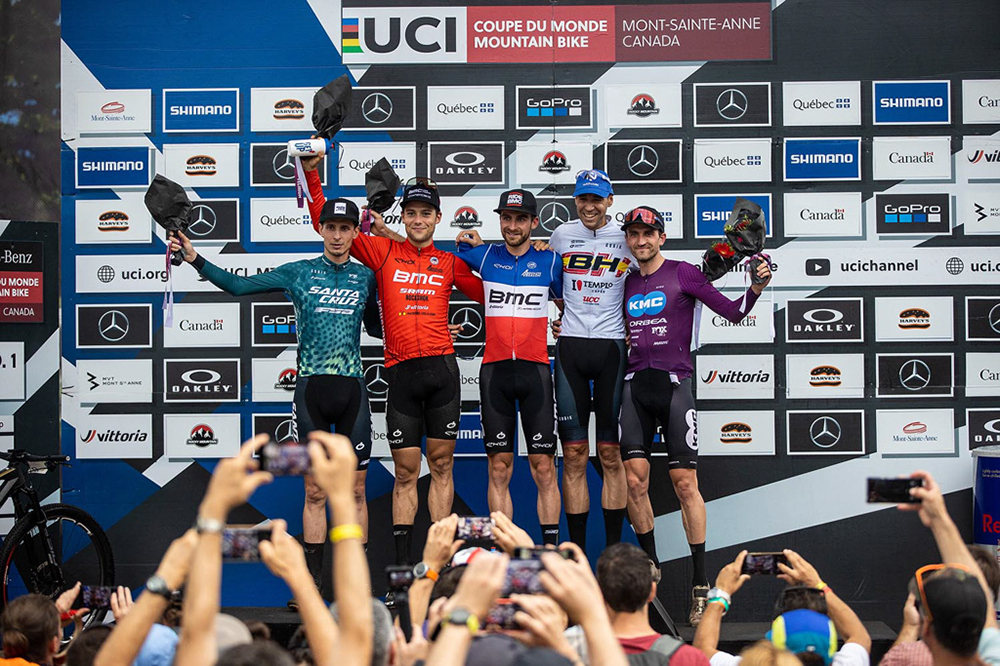 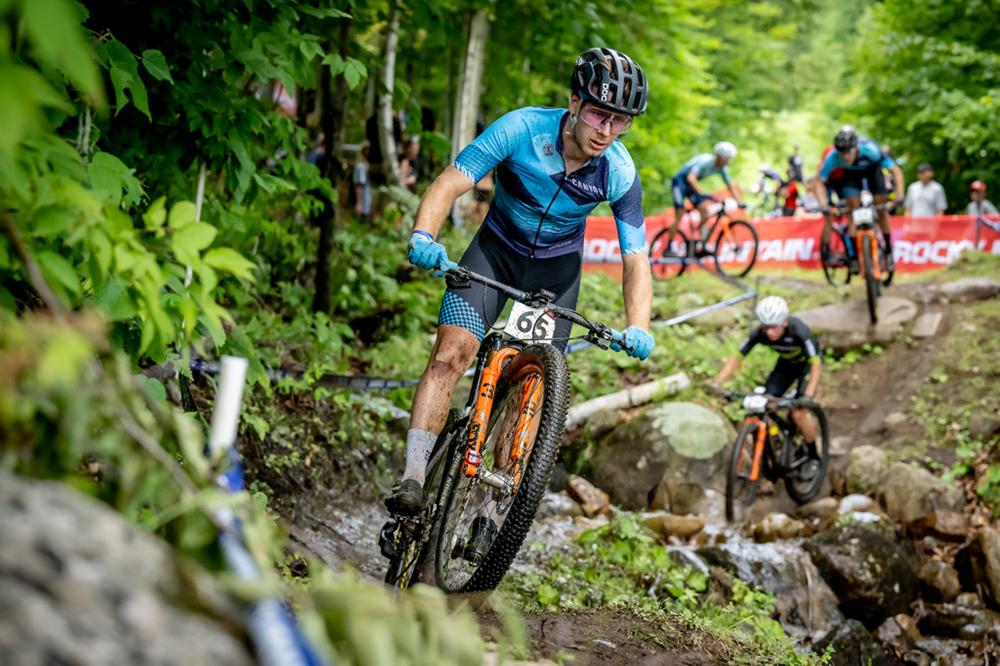 Mont-Ste-Anne has been part of the World Cup circuit since it began in 1991, as well as hosting three world championships. It is considered a monument of the sport, one of the only remaining classic natural courses, with roots, rocks, steep climbs and technical descents. While the men missed the torrential rain that swept through for 30 minutes in the middle of the women's race, much of the course remained wet, making descents especially treacherous.

World champion Schurter would normally be counted among the prohibitive favourites, however, a poor XCC race on Friday put him back on the fourth row of the starting grid. This, coupled with him still recovering from a bad crash at the previous round a week earlier in the XCC that kept him out of the XCO, opened the door for other riders to charge in the early stages.

The rider who did that was Carod, who went to the front on the second of two short start loops and never looked back. By the start of the first full lap of six, the French rider had a small gap, and he attacked the main climb - La Marmotte - on that first lap aggressively, while others hesitated. He was assisted by his teammate Colombo, who sat at the front of the bunch behind, effectively controlling the chase. By the top of the climb Carod was 11 seconds ahead, and his lead just kept growing, eventually reaching over two minutes by the start of the last lap, as he set the fastest splits on every lap but the final one. He took time out of chasers on the climbs and the descents, having a perfect ride in this final race before the world championships in three weeks time on French soil. 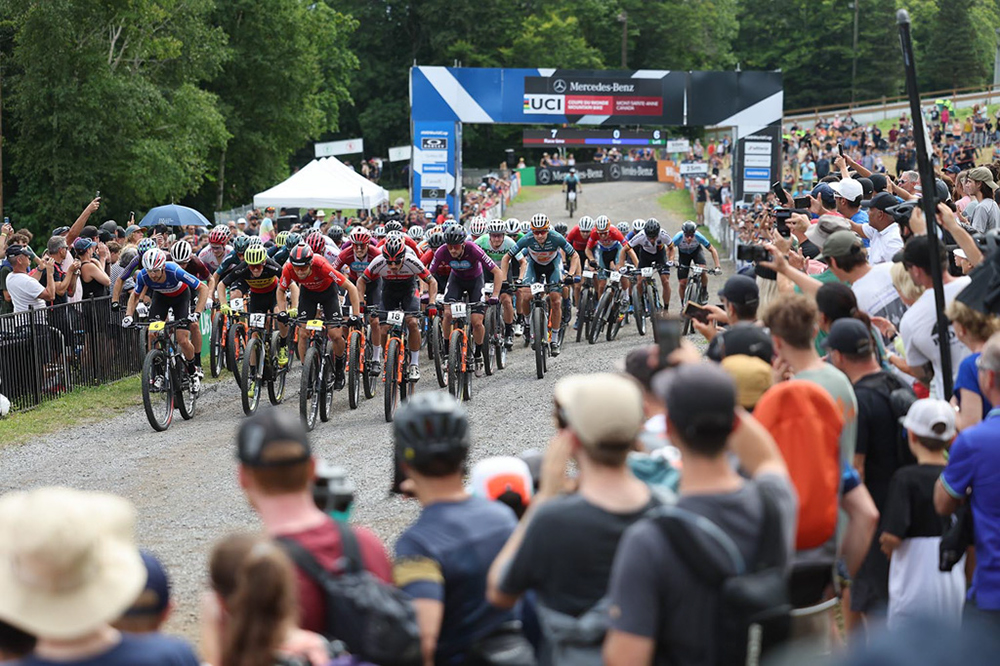 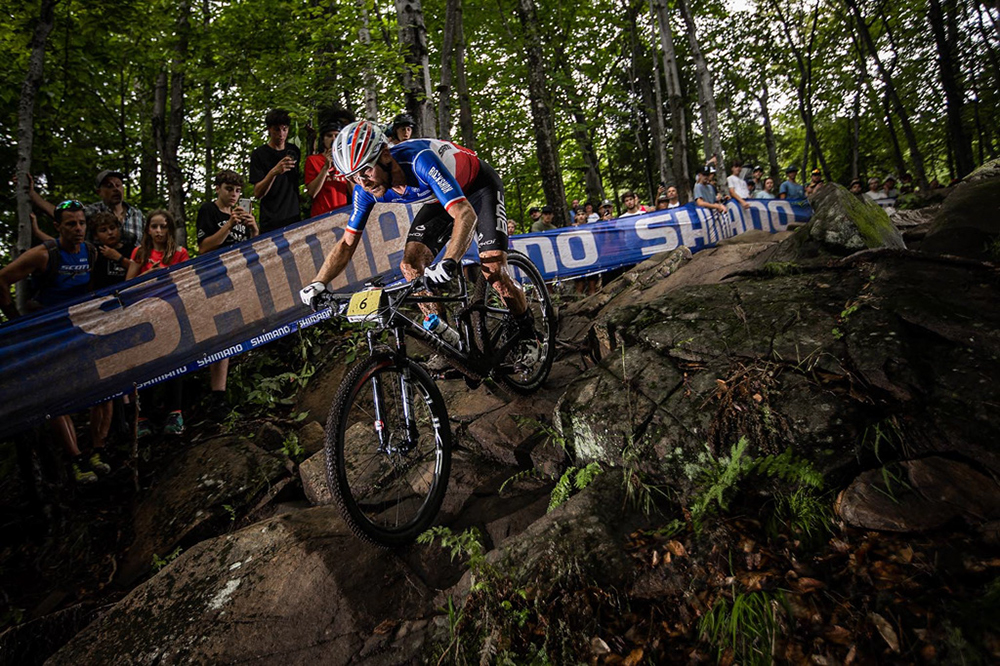 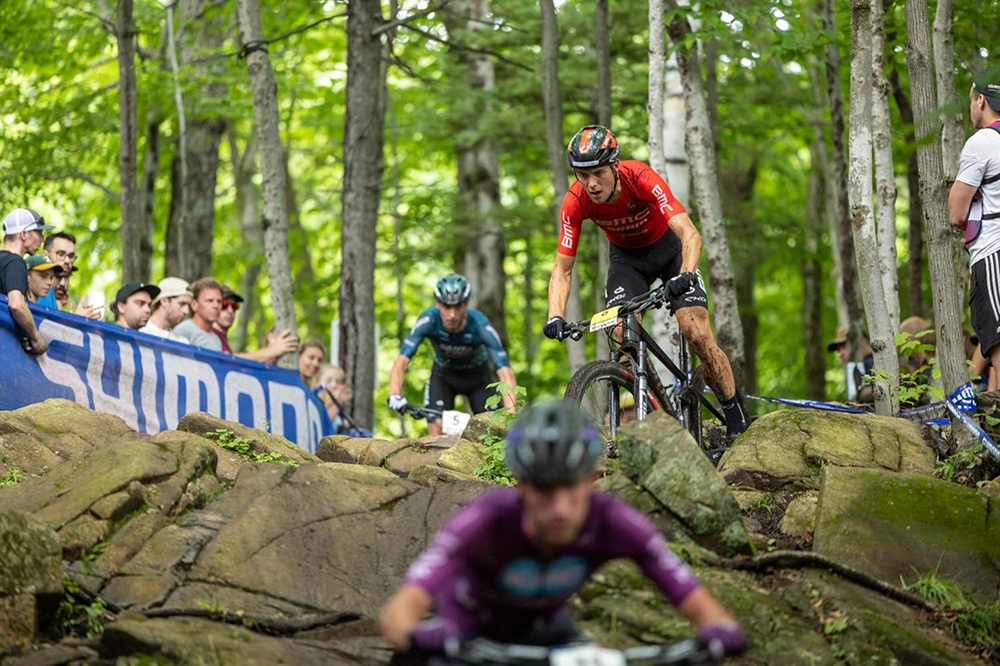 Behind, the early chasing was led by Pierre de Froidmont (KMC-Orbea), with Colombo, Alan Hatherly (Cannondale Factory), Jose Ulloa (Massi-Beaumes de Venise) and Luca Braidot (Santa Cruz FSA) all at the front of the chase. Schurter and Valero were steadily making their way up, but didn't join the front chase group until the third lap.

On Lap 4, Ulloa had to pull out after his right pedal fell off nowhere near a tech zone, leaving him stranded at the side of the course. Colombo attacked, getting a gap, with Hatherly getting dropped and then crashing, putting him out of contention. The others gradually clawed their way back, but the chase kept splintering and regrouping for the rest of the race, with Colombo the only consistent rider at the front.

On the final time up the Marmotte climb, with Carod well gone and on his way to victory, Valero, winner of his first World Cup a week earlier, attacked, dropping everyone but Colombo, who countered. Colombo was able to hold off Valero by three seconds to give BMC MTB Racing a 1-2 victory, while Braidot won the three-up sprint against de Froidmont and Schurter for fourth to sixth places.

"I don't really know how I feel right now," admitted Carod, "but it is just awesome. It was a really good day! I felt really good on the uphills, but especially on the downhills. The rain during the women's race maybe helped me a lot; it made me more confident in the downhills than the other riders, and I pushed in the downhills. My first World Cup win on my favourite track here in Mont-Ste-Anne ... it's unbelievable. You never know what the race will bring, but I know that this track really suits me and I knew also that I was in good shape, so I was quite confident. Sometimes you feel something, and this morning was a special feeling for me. I felt that I could do a good job today, and that's what I did."

Schurter's sixth, combined with third-ranked Hatherly's 17th, keeps the Swiss rider in the leader's jersey going into the final round, with 1483 points. Valero jumps from fourth to second, 125 points back, with Braidot moving up from fifth to third, and Hatherly dropping to fourth. Former second-ranked Vlad Dascalu (Trek Factory), who did not race because of injuries suffered the previous week, drops to sixth. All six riders are still potential overall winners for the Series. Peter Disera remains the top ranked Canadian, staying in 48th place.