A team of ten riders will represent Canada at the UCI Junior Track Cycling World Championships in Tel Aviv, Israel, on August 24-27.

Reigning Junior World Champion, and nine-time Junior National Champion, Carson Mattern, will lead the contingent along with Kiara Lylyk, who has six-national national titles to her name. The team will take part in most of the events, except for the Sprint, the Keirin and the Team Sprint. 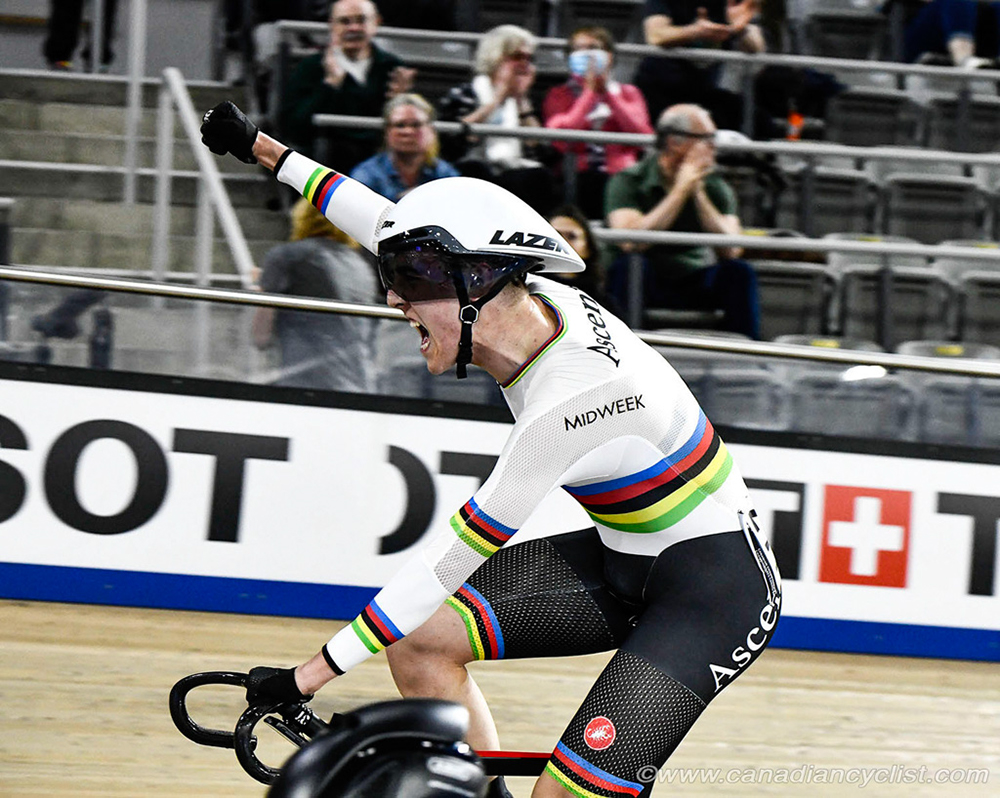 "This year’s cohort for Junior Track Worlds continues to show the strength of our development athletes in Canada," said National Team coach, Jenny Trew. "The Men’s Team Pursuit is the strongest we have seen in years, as it boasts three men who rode under 3:20 for their Individual Pursuits, and the women are poised to perform well given the strength of the riders involved. Athletes are working well together and looking strong heading into the Championships."

Riders are now taking part in a two-week training camp at the Mattamy National Cycling Center in Milton under the tutelage of former National team rider, turned coach, Kinley Gibson, and Richard Wooles, before taking on the the endurance events at the Championships in pursuit of podium finishes and rainbow jerseys.