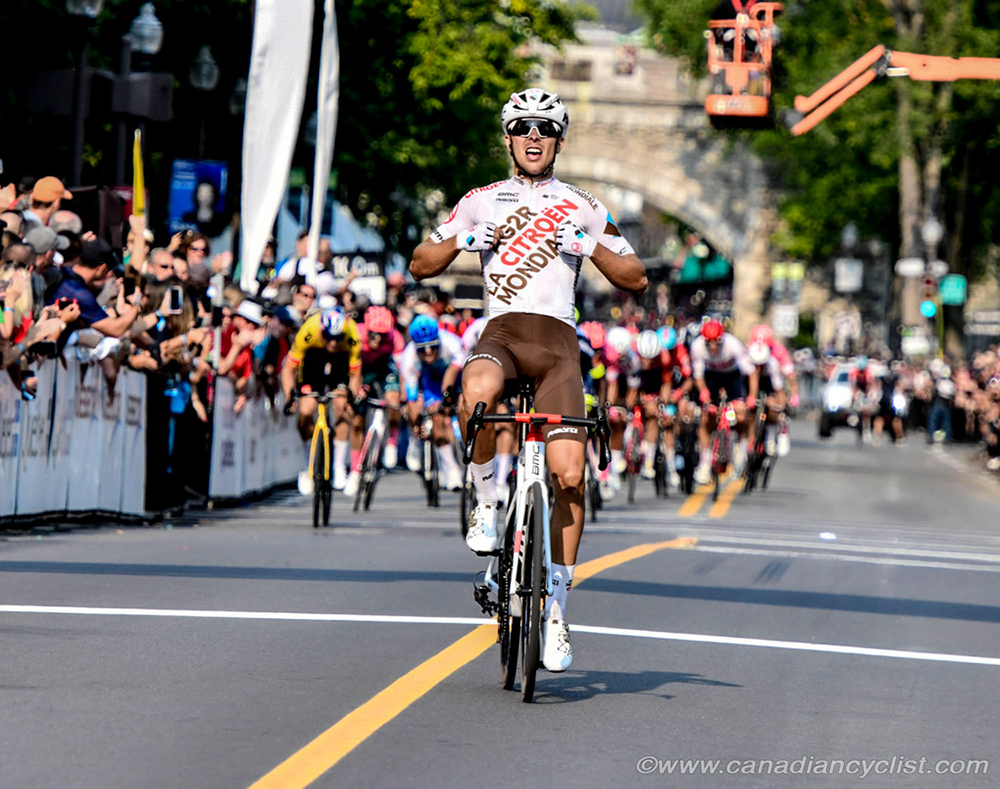 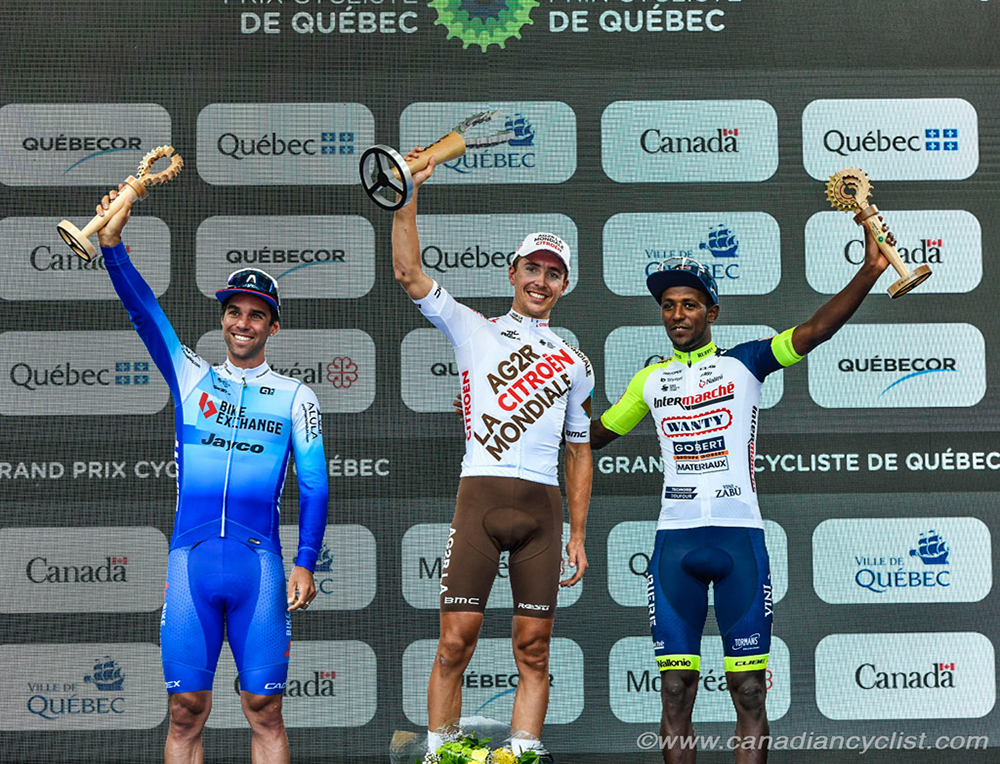 "It's incredible! It hasn't sunk in yet," said Cosnefroy. "I had planned to attack exactly there. If that didn't work out, we had Greg Van Avermaet to do the sprint. I am very happy because I did not necessarily expect to stay away for the last two kilometres. I gave it my all and was able to enjoy the last fifty meters."

"From an average season, I am moving on to an exceptional season. With six second places including the Amstel Gold Race and the Flèche Brabançonne, I was just waiting for this victory and it comes in one of the most beautiful races on the calendar, it's huge."

The almost inevitable early break went, with Team Canada's Carson Miles attacking from the start line. He was joined by Sebastien Grignard (Lotto Soudal), Damiano Caruso (Bahrain Victorious), Stan van Tricht (Quick Step Alpha Vinyl) and Hugo Toumire (Cofidis). The group quickly gained a maximum gap of nearly five minutes in three laps before Jumbo-Visma decided it was enough and begun reeling them in. Once the gap stablized at around four minutes, the race settled down, and Miles went hunting KoM points. He led the rankings by the halfway mark, but he was starting to struggle, and was dropped with five laps to go after a very strong ride at the front. 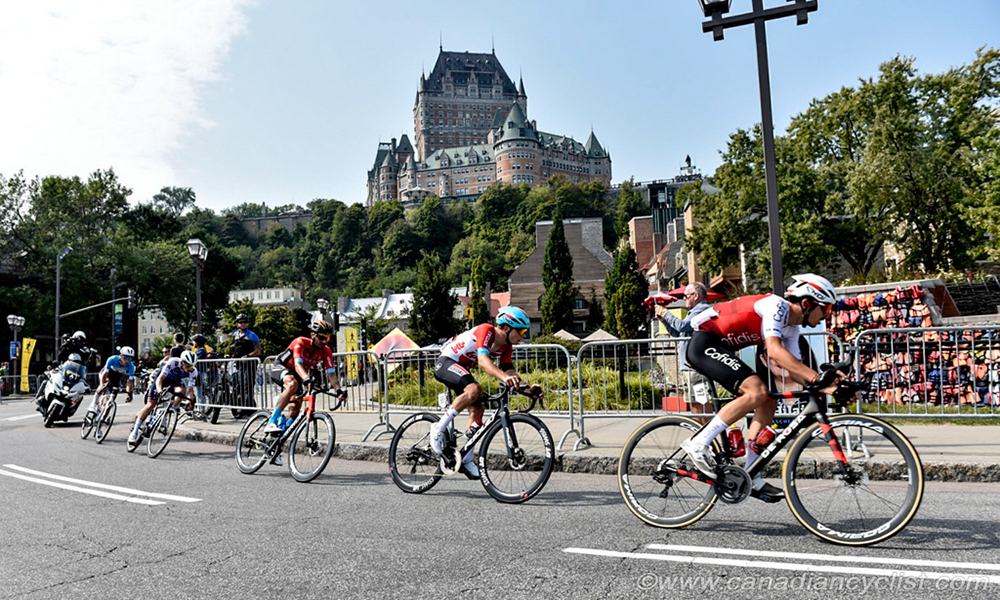 With three to go, the gap on the four riders in the breakaway was down to 36 seconds on a chase group, and by the start of the next lap they had been caught and the attacks had begun. A significant number of riders had been shed by this point, including such notable names as Peter Sagan (Total Energie), Geraint Thomas (Ineos Grenadiers) and Canada's Hugo Houle (Israel Premier Tech). Only three Canadians were left in the race - Boivin, Antoine Duchesne (Groupama-FDJ) and national champion Pier-Andre Cote (Team Canada).

At two to go, Tadej Pogacar (UAE Team Emirates) surged to the front of the peloton, and that seemed to be the impetus needed to finally shut down the break and start to prepare for the final lap. Heading up the Cote de la Montagne climb, David Gaudu (Groupama-FDJ) attacked, splitting the remainder of the field as roughly 15 riders chased him down.

Coming into the start of the final lap, the field was in pieces, with small groups off the front. Four opened a gap, but the Jumbo-Visma rider - Nathan van Hooydonck refused to work, marking time for his leader van Aert. By the base of the last time up Cote de la Montagne climb, the group was back together, and it looked like it was going to come down to a long uphill drag race, as it has many times in the past. 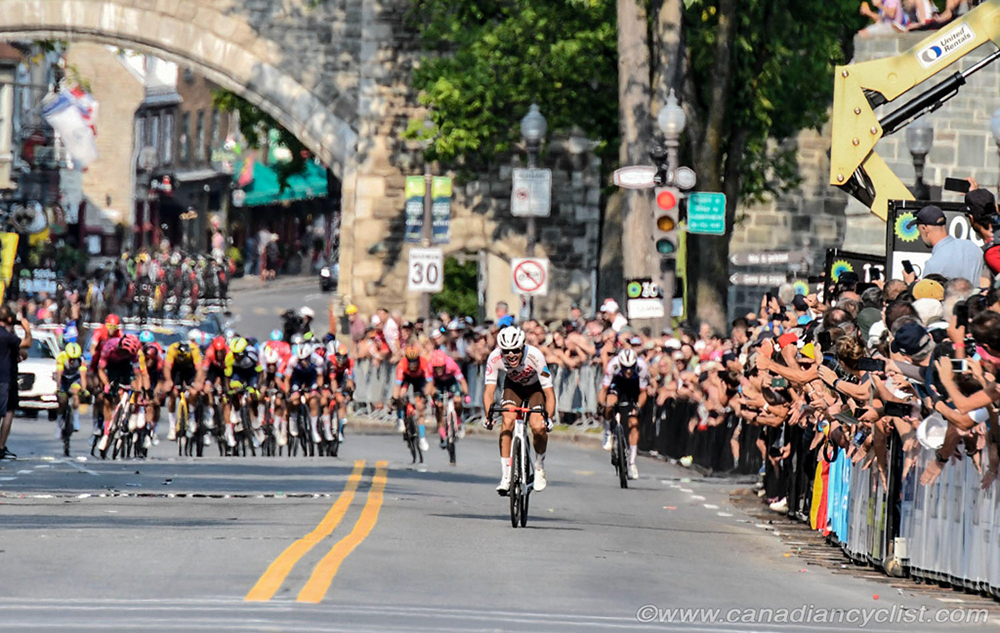 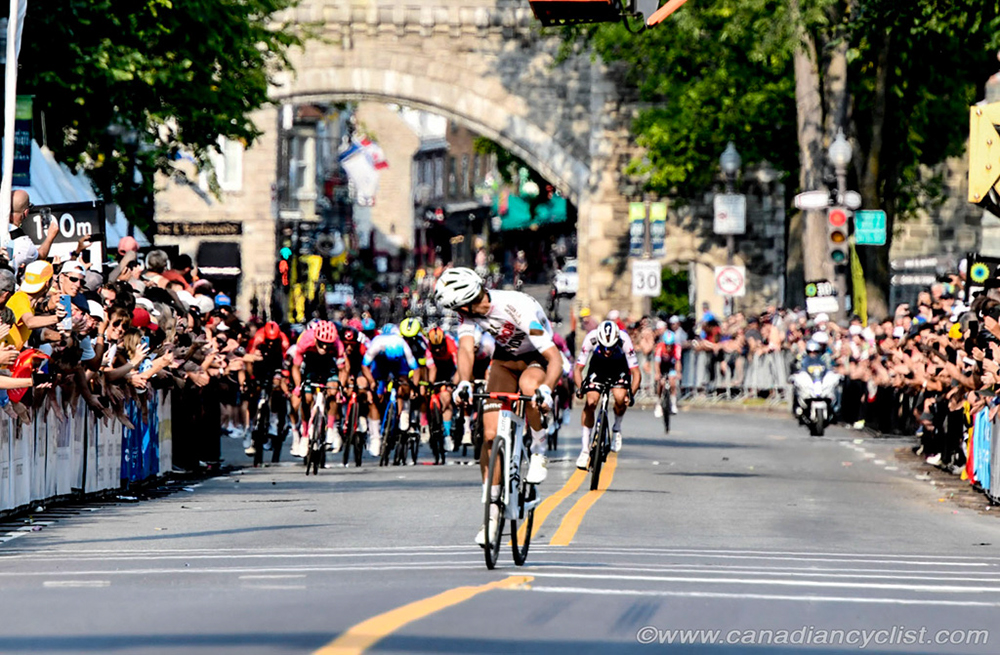 However, with two kilometres to go, Cosnefroy took a gamble and attacked, opening a significant gap instantly, as the teams looked at each other, waiting for their rivals to chase. It worked, and he came up the final long straight with a gap of over 30 metres at 300 metres to go; enough for him to sit up and start celebrating 25 metres from the line. Matthews just pipped Girmay at the line, with van Aert fourth.

After a day off, the riders reconvene in Montreal on Sunday to tackle the storied Mont Royal circuit.